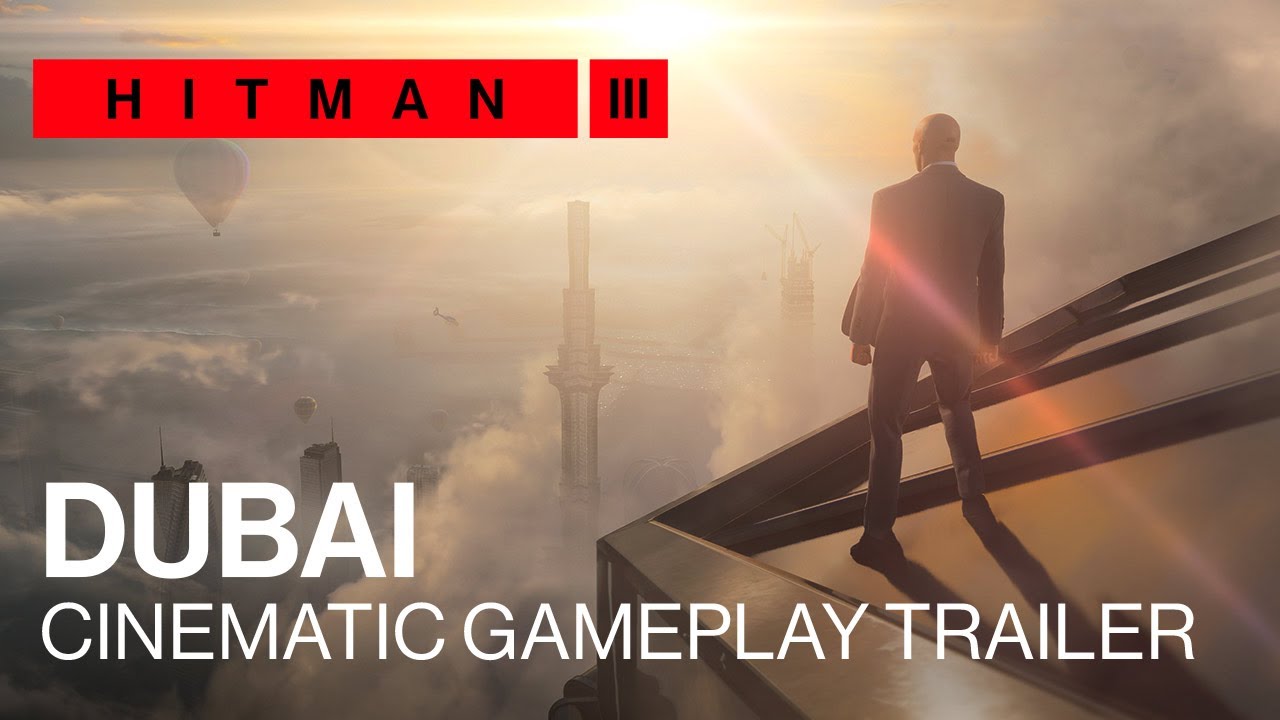 This is the map I’m most exited for

One of the first things you do in Dubai is to scan a security keypad with a camera so that your field support can open it up for you.

Sounds like default story start will make you go through a brief camera tutorial. Sounds like it’s unlocked from the start. Also not sure what this means for inventory, do you permanently have a camera with you in every mission no matter your loadout? Cos if you had a choice then a player could not pick it, and they’d be unable to do the mission.

Touched upon that issue in the old forum with Accidental_Kills98… If the camera is supposed to be usable (for non-photographic purposes) outside of Dubai as well, then I guess it should be selectable in the loadout, otherwise it goes against the whole loadout management dilemma I guess…

But as you mention, if it´s a mandatory thing for Dubai´s default starting location (which it sounds like it is), then it´d make sense to have it always available. Unless the first playthrough has a ´forced´ loadout and it´s subsequently bypassed somehow, e.g. by keeping this particular window route unlocked in the future (i.e. that shortcut feature Matte was talking about). Am curious how this is gonna work…

i want it to be a permanent inventory thing. it’s about time we get some binoculars, or at least something to zoom into the distance without having to lug around a sniper

Yes! And enough of those “I´m gonna aim my gun threateningly at this piece of paper so I can read it” situations!

I think camera will be a permanent “ability”

Yeah, and will stick out of 47th forehead. 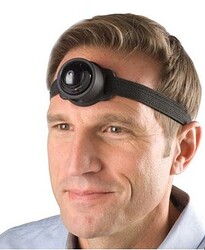 Lol. Anyway, I image it as a meta feature, such as instinct

Same. Diana also talks to us all the time and Ive never seen an earpiece in 47s ear, soooo.

I am definitely excited for this map, because I’m sure it’ll have a replay value just as Sappienza.

What would be cool, would be if they add some new game mechanics as so high in the sky it seems to me like a waste not to implement things just as a rope for example to go down to the mission area and such, or a parachute jump would be also cool.

I’d love if this could allow for listening to conversations from a distance.

Imagine it like Splinter Cell or XIII, where you have a microphone to listen to conversations.

Or maybe an objective where you have to get into a certain part of the map and plant a secret microphone on a phone to eavesdrop a conversation. Damn, that would be cool. 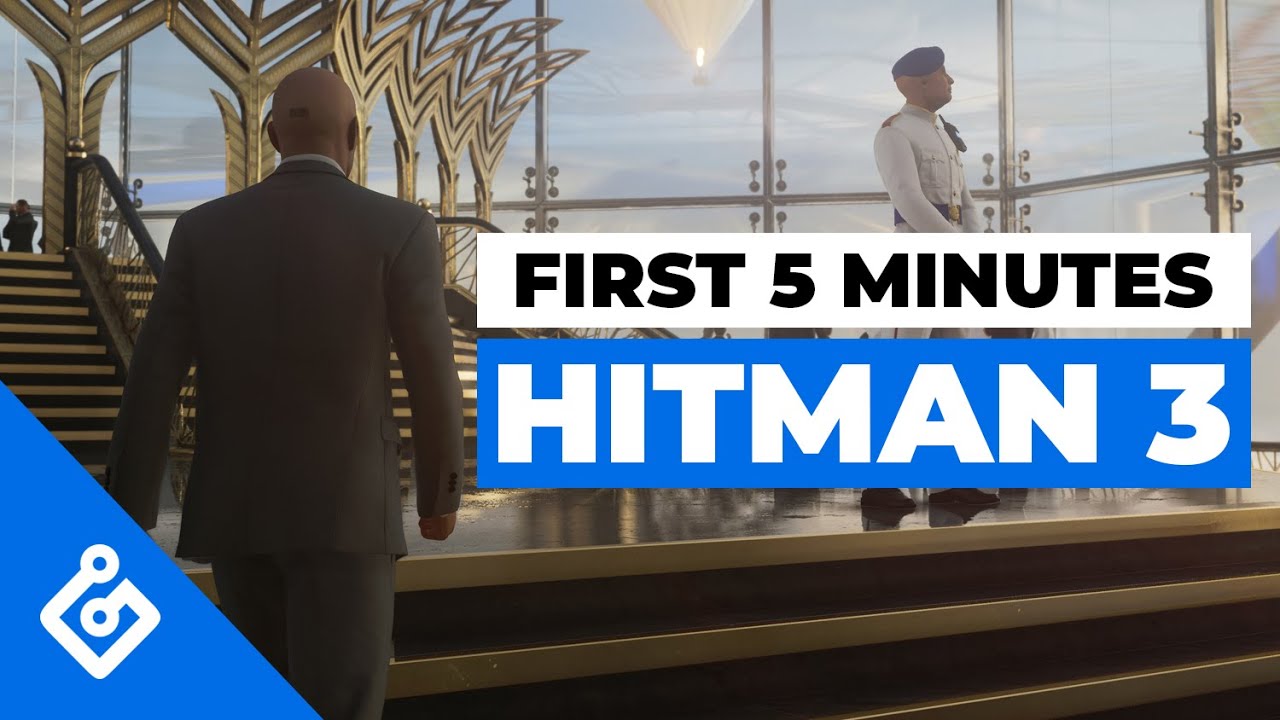 I was actually expecting Dubai to be somewhat big, until I saw in that video that the area underneath the glass is inaccessible and just for show (Presumably where the actual ‘hotel’ part of the tower is). I’m still hoping it’s notably bigger than New York though

And for those who somehow missed it, THIS guy is a disguise you can take and have a meeting with the older target 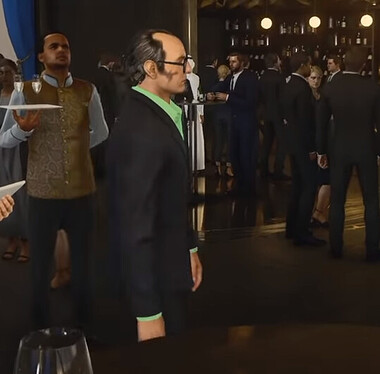 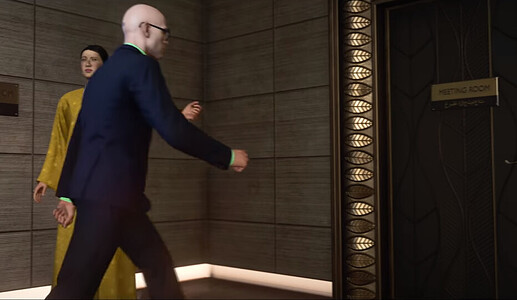 image932×541 77.8 KB
At that point I don’t even know why you need the disguise, it’s not like they’re gonna say “We have a meeting with a man who wears a blue suit and green shirt, but we have no idea what his head looks like”

And yeah, like someone said in the other thread, interesting how the man who was announcing the opening of the Burj was a white dude in a suit in original trailer, and now been changed to Sheikh Al-Ghazali… it’s almost like they never intended to actually put the Sheikh in there, but then for six months we’ve all been saying “Whoah, can’t wait to mess with Sheikh Al-Ghazali in this level!” so IO was like “hmm… we should probably put him in”

Also, when can we say “I told you so” to the peeps on old forum who were like “No, we’ll definitely be able to run around the bottom of the tower!”?

As it turns out to be a tutorial level, I won’t be surprised if we have one, maximum two floors accessible with a couple of service premises. Now I don’t expect it to be as huge as Sapienza and Paris combined.
Two or three big rooms besides a main hall where we could aquire our target(s) and a couple of small ones, and that’s it.
My feeling

As it turns out to be a tutorial level

Tutorial levels are small and not much to-do-in-there.
Now I not expect it to be huge. Maybe as big as ICA Facility, but not as big as even Whittleton Creek.
I want to be mistaken, but seems it will be small

We’ll see, we’ll see.
They still need much to confirm/announce