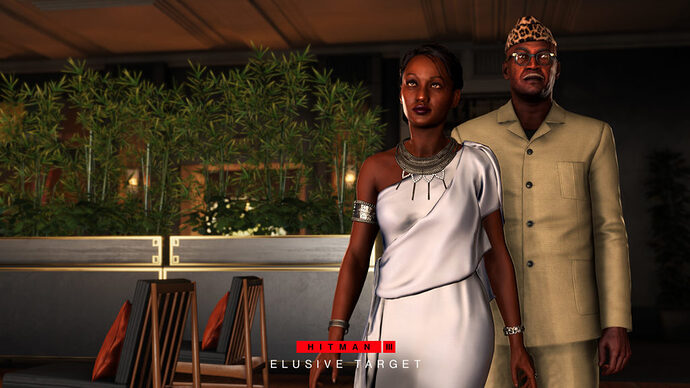 Richard Ekwensi and his wife are back in Bangkok starting August 12 for 10 days. Ekwensi better know as known as the Ex-Dictator and his wife Ines aka “The Gold Digger” are at the Himmapan Hotel in Bangkok, they’re enjoying a casual stay at the hotel conducting some shady meetings with former partners. They’ll not expect you, so use this to your advantage and take them off guard.

The ex-dictator has not been seen since May 2018.

I just realized that the topic for the next ET was not yet created. It starts tomorrow, so I allow myself, especially since there are some things I kinda wish to know about it before diving into it in the game proper.

I never played it. And I guess I’m not the only one.
If I understand correctly, the followings happen in the mission :

So I wish to know : is this one of those elusive target from Hitman 2016 ?
Or is there a proper way to play it silent assassin, with proper set up ?

I can do a bunch of coin distractions, or leave a propane flask/micro taser on the right table, and it’s apparently what I will end up doing. But I’m curious to know if anything else is possible.

This ET only appeared once in H2016, it’s a good idea to use the security check start location in Bangkok

Maybe everyone has a good way to assassinate the couple,

Assuming that start location is still available in the HM3 version which frankly I won’t be surprised if it isn’t.

I know one strategy is that they can be lured into the room next to the one where the drummer hangs out on the balcony, particularly Richard, and Ines will come in shortly after to see where he is. Unless I discover a better strategy, I’m gonna try to lure Richard to the balcony and push him off, and when Ines comes in, stick her with a lethal syringe, so that it will seem like Richard fell to his death and Ines had a heart attack when she found him.

This can go wrong in a multitude of ways, so if anyones got a better method, I’m listening.

Or is there a proper way to play it silent assassin, with proper set up ?

I haven’t unlocked it yet, but I think someone skilled enough could probably pull off a molotov kill here.

Yeah and such a strategy could backfire with 47 being caught in the explosion. On that note guards need to be added to the kitchen area and the downstairs bathroom with the hostile reaction also in play so 47 can’t just try to burn his targets from below.

This ET only appeared once in H2016

They could make the floating hostile area worse by programming the guards to skip all “shoot him!” dialogue so they immediately open fire and give them one-shot kill capabilities.

Just a heads up - and I’m pretty sure it was for this ET. I was in a Jordan Cross bodyguard disguise when I tried to flee the scene… I went to the back area of the hotel. This was a trespassing zone for that disguise. I hid in a crate but there was no way for me to get out… I’m pretty sure if Alt+F4’ed.

Yes, I may have misremembered and failed to correct it in time

It’s not a “floating hostile area”, it’s an area that will turn hostile without warning once the targets enter it.

Speaking of hostile areas, the last patch added a new area as hostile that 47 could previously walk through too. I think the intent is to have people go around another way so that the “going hostile area” that has always been there has already kicked in - though you could still get to it quite easily before it changes.

Is it both targets or just the guy?

its both targets on one map

They’re together at the point the hostile area kicks in.

The hostile area kicks in here: 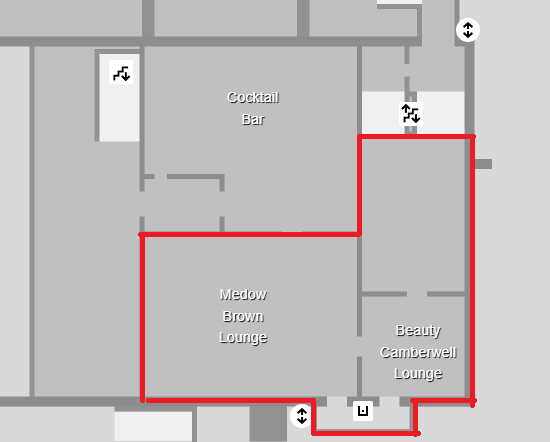 This is from memory from playing it about a month ago. Don’t shoot me if its wrong.

Is Ken Morgan present or has he been removed? Is his bodyguard’s disguise allowed near that area?