As it was, so shall it be. We are gathered here to mark the coming and passing of the final Elusive Target of Hitman 3, Year 2, and potentially the entire World of Assassination trilogy: ol’ Baron Larin himself!

Sergei Larin is back (as a standard target) over 5 years after his reactivation, and almost 7 years after his very first appearance in Hitman 2016. Funnily enough, he is the 26th Elusive Target to be activated in Hitman 3, the exact number of targets from season 1.

To mark this occasion, does anyone have any tales of their very first Elusive Target experience with him back in 2016? Of course there’s this classic: And here’s some stats about his first activation; I reckon the player-base is better by now, don’t you? 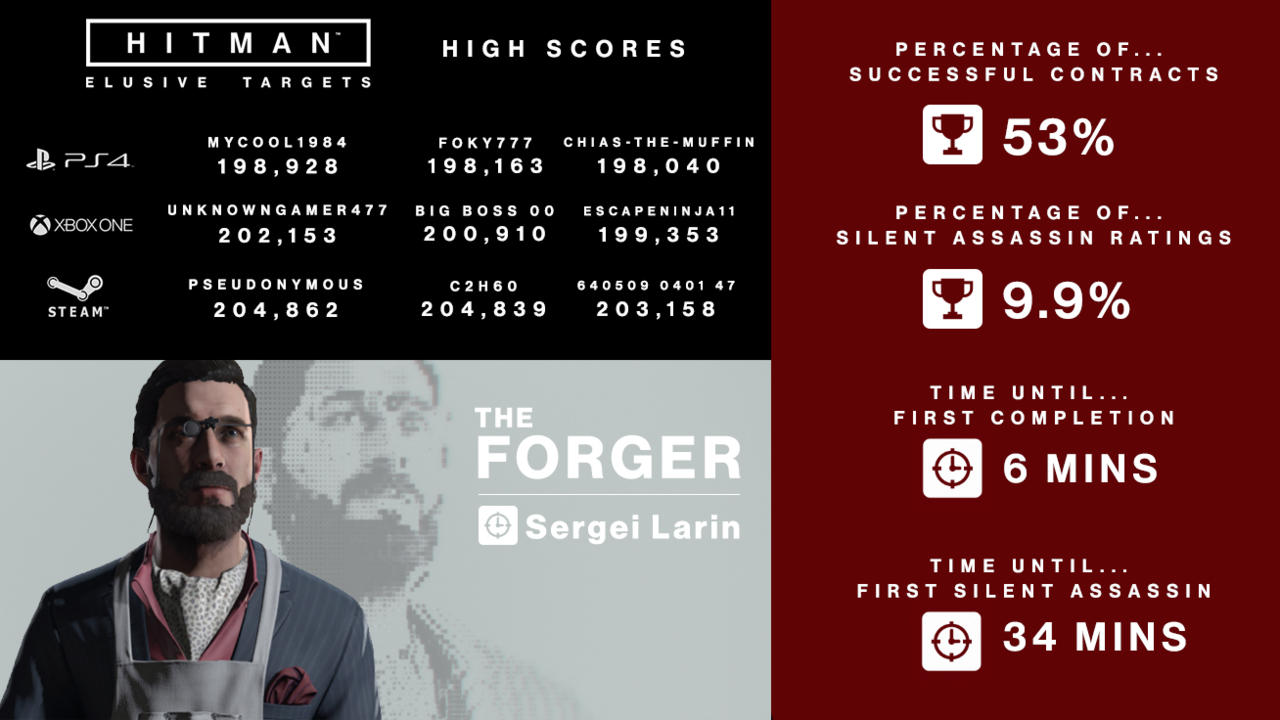 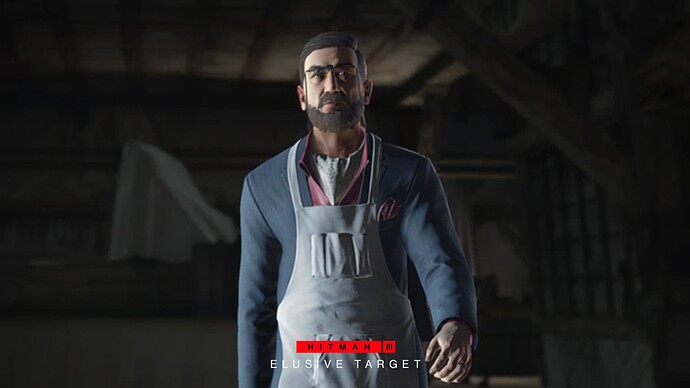 I just realized I only know the ETs by their codenames.

I didn’t get H1 during its first year, so all the ETs were done by the time I started. When they were reactivated, because I still wasn’t sure how it all worked, or the methods for restarting even after killing the target by disconnecting, I didn’t do this first one very well to my sensibilities. This activation will allow me to correct that mistake. I began onsite in the disguise on the second floor near the fireworks remote, and fiber wired the target. SA no problem, but I always hated that my inexperience and nervousness convinced me to not start at the default starting point in my regular suit. This time I can, and I already have the gloves with the suit, unlike back then, and since I’ve done some practice in Arcade, this final live attempt at the Forger can be done right.

To quote Thor near the end of Endgame: “Let’s kill him properly this time.”

I don’t know why, but I’m afraid that with Forger becoming final ET for this year, this may be the last year H3 will recieve support beyond Freelancer and patch on 26th of January.

Part of me still believes that this will be THE last Elusive Target of Hitman. Especially since it would the be a poetic bookend. (I see reactivations for the new players, but no new challenges for this year)
It will certainly be the last one for Hitman 3, since we had the WoA announcement.

So I will play it very safe : elite staff disguise, poison the glass of wine that the targets drinks after 15 minutes, wait, exit.

I have a perfect record for all 37 ETs, and I will have them all.

I’ll be pissed if this is true, unless they just unlock them all without attachment to others or with complications in Arcade, in which case we can play them at any time. My main reason is, I want one more go at The Fixer.

I don’t know why, but I’m afraid that with Forger becoming final ET for this year, this may be the last year H3 will recieve support beyond Freelancer and patch on 26th of January.

Like I’ve said in another thread, having the Forger being the very first ET in HITMAN (2016) and the potential last ET in H3 is kind of a cool nostalgia way of tying everything together in my opinion.

Also, Freelancer is a good way of IOI finishing off H3 and going out with a bang in my opinion. It’s a perfect way to end this epic journey we’ve been on and it’s also a cool way for us to play and get a glimpse of what 47 has been up to post H3 epilogue before the next big game arrives

I’m in the camp that this will be the final ET - would be odd for IO to end Y2 with a poetic end by using The Forger, only to then undo it by continuing to roll out ETs afterward. They would’ve saved The Forger until the actual end if that were the case.

It’s also not like they had no choice but to do The Forger now too - there is three unused Y2 ETs in the data. Two of which are also Paris ETs. So even if they were deeply committed to doing a Paris ET now - they had options.

I wouldn’t mind ETs being over after this one, if it weren’t for all the ET suits becoming unavailable for any players arriving after the big WoA rename. Add some new unlock methods for them like the one Florida Fit has gotten and I’ll be happy. Grand majority of ETs are already available in ETA with completely ignorable complications (only exception being cut ETs, Decievers and Fixer). And Freelancer imo seems to replicate the feeling of high-stakes missions with no second chances and targets who aren’t fully known, with less FOMO/lingering consequences, targets that hopefully won’t be as repetetive for long-term players and actual lack of restarts/preparation.

As for how I’m going to approach the Forger, I don’t have anything super special in mind. I was considering just taking a sedative syringe with default fiber wire and killing him in his room after poisoning his guard.

If this is the final Elusive Target ever (I think they’ll have some reactivations perhaps in the future) then this will be an emotional one for me. I’ve never ever played this ET before, as I first started playing HITMAN back in 2017 and I missed his reactivation back then sadly! Alas, I’ve come on a long way and I’ve learnt so much and it’s been amazing to be on this journey.

Thanks to all those in the community who share their stories and experiences of playing the World of Assassination. I’ve learnt so many cool unknown things thanks to you guys!

I wish they would enable us to play all ET’s as separate missions after they are over with releasing them.
EDIT: Or atleast release separate, final Arcade which would put together remaining ET’s that did not launch yet - The Congressman, The Fixer and The Guru. Call it “The Leftovers” and give it some cool unlockable (like some unreleased weapon from files).

The Congressman, The Fixer and The Guru

I can live with this being the final ‘new’ ET, but I’d like IOI to cycle through the H3 Year 1 ETs again as re-activations for people who missed them in 2021.

Don’t really care to play this AGAIN. LOL
So I’ll leave my last 2 attempts at him from ETA here. 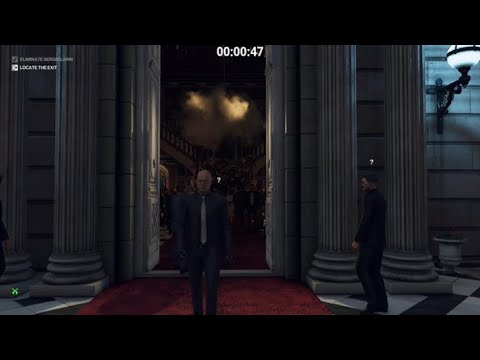 As far as I am aware, this is the last Elusive Target. (even if the hitman twitter hints diferently)
So, to be a bit nostalgic, some good old step by step aar.

I always was going to play the ET as safe as possible. Which for this one is a lot. I was nonetheless going for some style points.
So, the objectives were :

The start was standards : restroom, VIP IAGO Pass, back stairs, and then :

I then did some camera dodging. It was not obligatory, erasing evidence is rather easy in Paris, but II never say no to it. I arrived in the Museum Owner’s Study. In it I actually encountered him, since the Forger is the museum owner. Not really planned, but always a nice things. 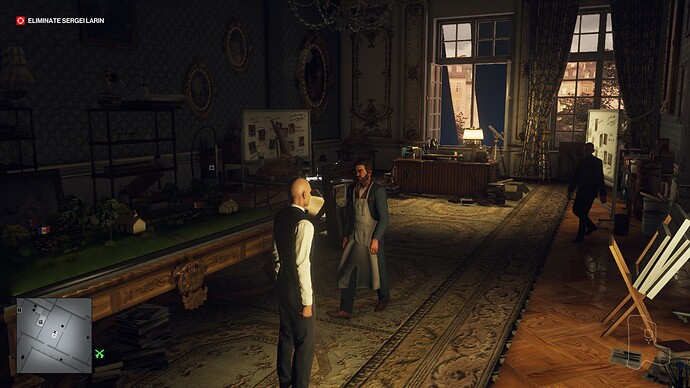 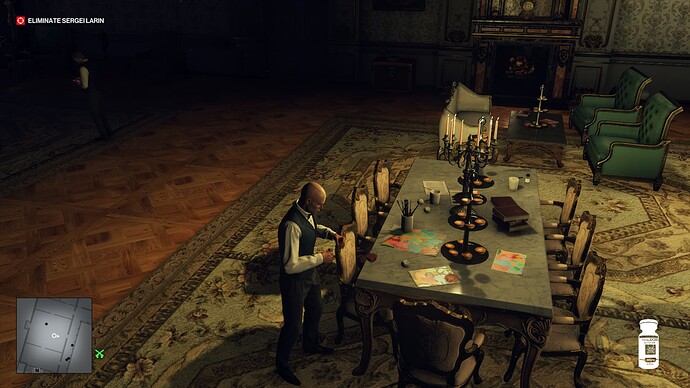 Then, all the same in reverse : study, camera dodging, putting the suit back, down the stairs.
And now the wait.
Finally :

All objectives completed, with some style points. No issue. Nothing to change. The joy of good planning. And why I love this game.

And we end up with the classics

As promised, the complete Year 2 Edition in one video. Thank you the community ! Easily easiest ET of H2016, it took 1:34mins as soon as I started playing this one, no restarts, he is an absolute joke.

This may have been the first Elusive Target in Year 2 that I actually bothered to do Silent Assassin. He’s dead now.