Suits not being awarded the first few hours happened a couple of times in H2. They usually go back and get everyone their suits once the ET is over.

I hope you are right, meanwhile can we just be happy for people who unlocked the Blood Money suit with this ET?

Thanks for the heads-up. I wasn’t able to port over my H2 progress so need to earn all the H1-H2 ET location suits again, including the Paris tuxedo with gloves. If the challenge/reward for Complete An ET In Paris isn’t available yet, I’ll wait before I play.

Heads-up to @Travis_IOI and @Clemens_IOI that the Paris-specific ET challenge (complete any ET in Paris, and earn the Tuxedo With Gloves suit) isn’t currently live like we’d all expect it to be, according to @Justinian_Luchian.

This has happened before with the first Sapienza ET in Hitman 2, The Prince. The suit was rewarded retroactively to those who completed it. By that time the suit will also be added to the challenge.

The sixth one of my ‘SASO No Ko No Emetics Fiber Wire’ on Elusive Targets series. 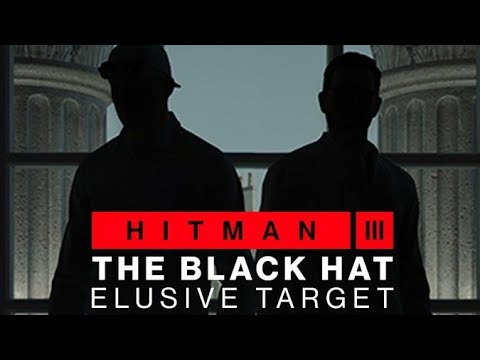 And another one for the board Guess i’ll share this here? nothing too special but still quite proud of the run

He’s dead now. Exactly as planned, shot him with the sniper rifle. No SA, No SO, no XYZABC. Did get that suit I’ll never wear though for the 6th Elusive Target completed.

I know that missing suits often get awarded retrospectively if IOI forget to make ET challenges live for the start of an Elusive’s runtime, but because I need to earn back my Paris Tuxedo With Gloves, I’m keeping my powder dry for a few days in the hope that there’s a hotfix to bring the Complete A Paris ET challenge back into the game before the ET has finished.

In the meantime, I watched the briefing again and although I played this in both H1 and the H2 re-run, I’d forgotten this particular little detail and now I’m really looking forward to killing this ET just so I can stick it to that goddamn awful mess that was Tenet: 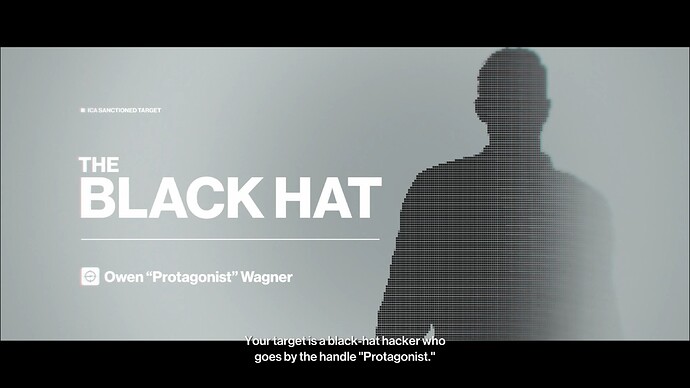 I thought of doing something “fancy” like luring him out to the barge, or to somewhere where I could snipe him from a distance. But I was able to get his buddy out of the Rm to take a briefcase to another guard… I ended up throwing a crowbar at the guard in the Rm, then shooting him in the head. Had to scramble a bit to get his body hid as well as the guard. I had the tranq gun with me, I should’ve just used that on the guard.

You can snipe him from exactly where he starts the mission, actually.

“The Black Hat” was simply not ready for the “Ghost Assassin” Agent 47. Not a Single Huh? What? Hmmm

In this video all that was required equipment wise was a Scrambler & the Fibre Wire. I had to go for the JAM! No-thought drowning, that’s it. I even recorded it, but it’s so meh I don’t even wanna cut it. I apprciate tho that the fixed his portrait in-centre, unlike in H2, where it was extremly off-screen. Also, did anyone pick up that card to room in attic? I remember in H2, its description literally said “Uknown item description”, so I wonder if they fixed that.

Got my revenge. Originally lost SA on this because I did it when I came home from a night of drinking.
Not this time.

Gotta confess to sort of going for the easy route, bringing the Kalmer as well as the Sieker to get rid of undesireable guards before emetic poisoning the jam and fiber wiring the target when he left the room.

I originally emetic poisoned the jam and was on the verge of killing the target, but then remembered that I wouldn’t be able to replay (

) and I hadn’t figured a reliable exit route, so ended up doing the same.
I used not one but 2 tranquilizers to get rid of guards and whitecap without putting too much effort into it, and just snapped Owen’s neck.

I’ll probably take advantage of the Toilet bug fix and get him out of the room that way. After that, ehhh, maybe a melee kill in the bathroom or something, though that feels a bit lame.

This ET and I have a very… intense backstory. Back in Hitman 2016, I didn’t get him the first, or second time. I think I never got him in 2016, even in the reactivations. Then, in Hitman 2, I messed up, and didn’t got SA. Now my time has come. With a target I hate so passionate, and him being a hacker, all I wanted to do is to blow him up, inspired by the explosive hacker watch from Colorado. So I equipped my ICA phone, dressed up in the finest Absolution suit, and went after him. This time I made a video, instead of a series of screenshots. Not as creative as my previes tries but I had alot of fun, especially it being the first run I ever put online. Which was a terrible messy one, but hey, at least no restarts! 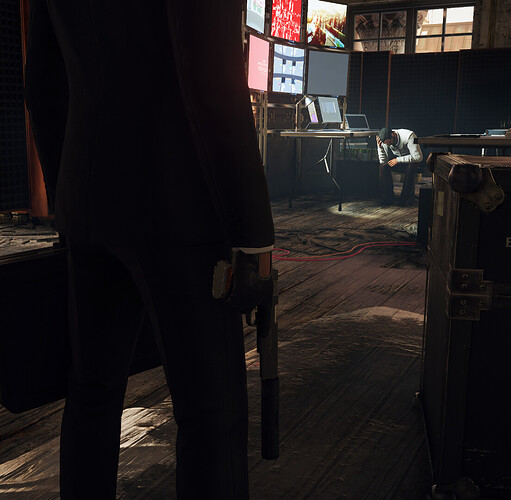 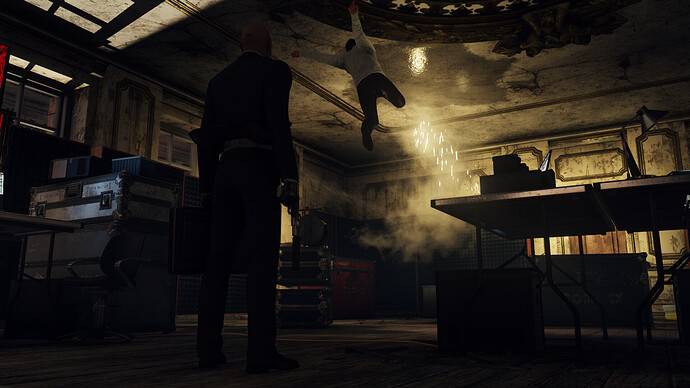 This one did not allow for a lot of creativity, so I just tried to be quiet.

Here;s my run! For this one I tried to go in blind and just figure things out, ended up doing a pretty cool fire axe kill dressed as the Vamp Magician. SA as well :))