I’m glad on restricted loadout they stop us using the most powerful weapon in the game… the Camera!

Maybe I’ve already missed it in a previous discussion here, but I was wondering if we know why the same targets are constantly being released, when there are so many more that haven’t been added yet?

Probably saving them until they make their triumphant return in the OG ET format first - ones like The Sensation and The Warlord.

I love restricted loadout, but I also get where the haters are coming from. It does make the mission kind of difficult if you want to stray off the tried-and-true paths and do a unique or silly (but still undetected) kill. The complication funnels you into a quite limited selection of choices – in a way this makes the kill easier, because if you work the puzzle out ahead of time you know what you have to do. But if you’re a masochist who hates fun and you play like @Heisenberg, restricted loadout can totally fuck your day.

I wish we had it as a complication choice for contract creation. That would really increase the amount of (already almost infinite) options for puzzle creation. That’s why so many contracts have so many different kill methods, right? To force you into using something from the map itself and not something you brought in.

For example with my unpicked Three-Headed Monkey B&B contract, I forced two swords into your loadout so that you couldn’t bring in the machete, and so you’d have to go find the machete, but also forcing two swords means you need to start with a briefcase, which means you need to start in your suit… Would have loved to just been able to click a list of starting restrictions and voila.

But as @lukefsje points out, look how far we’ve come with ETA. This level of communication and feedback between core players and the game development team is, if not unprecedented, certainly appreciated and admired.

But if you’re a masochist who hates fun and you play like @Heisenberg, restricted loadout can totally fuck your day.

Think you’ve got it confused, man. The masochists who hate fun are the ones who implement the restricted loadout complication. I have a great deal of fun performing all the little necessary steps, setting all the little pieces of the puzzle, to pull off the perfect assassination.

Ey, you know I’m yanking your chain when I call you out like that, but fair point, the masochists are the ones making it harder for themselves… heck, that’s some major projection on my part huh?

The masochists who hate fun are the ones who implement the restricted loadout complication.

Well (Re: Restricted loadout), not if you’re good enough at Hitman. There might be a bit more routing involved to get whatever you need to get the job done. But (and I feel like Frote for saying this), that doesn’t make it any less fun. Figuring out how to overcome (what some people would consider) a handicap can be fun too.

Edit to add: One set of targets is called ‘The Diabolicals’. I had to laugh at that… (long story short) I said that my friend was “Diabolical” in how he wasted the time of whoever he was talking to by asking redundant questions when he was drunk. “I am not diabolical!”

But anyway… The Rude Ruby thing. I think they’re running with a theme from the gun from Whittleton Creek. This seems like the ‘Pink 2 Sticker’ in it’s ultimate form. Not saying I hate it… I guess it adds something to the game. The only question in my mind is “Why?”

But that’s just as good as “Why not?”

Not my taste, and I don’t use any of the items, but strictly for aesthetic purposes: why the fuck is the sniper rifle an entirely different color scheme to every other item in the Rude Ruby set!?

The handgun, SMG and new suit all fit. But the sniper rifle doesn’t. Just saying.

I do agree with you about the sniper not fitting, I’d just like to point out that the other Rude Ruby sniper rifle that exists in Hitman 2’s Sniper Assassin co-op also didn’t fit the aesthetics of the Ruby Rude Pistol (and thus the track suit and SMG).

Hopefully @Heisenberg doesn’t mind me speaking for him, but the problem isn’t so much that it’s hard to deal with the target if the loadout is restricted. It’s that his play style is so specific that restricting the loadout makes it impossible to complete the level in the specific way he wants to. His playstyle requires specific suits, specific kill methods, specific ways of getting into places, and specifically avoiding certain things (like keys and un-gloved disguises).

Is the level do-able with the restricted loadout? Of course it is. Is it do-able with his specific way of playing? Maybe not and it will at least be much more of a pain to do.

Somebody pin the blue ribbon upon @schatenjager’s chest, he nailed it.

I won’t be surprised if the restricted loadout complication is retroactively incorporated into ALL ET arcades with item and score rewards revoked so they have to be re-earned under the new restrictions.

other Rude Ruby sniper rifle that exists in Hitman 2

It doesn’t fit the consistent design aesthetic, no, but you can still see a very itty bitty Ruby Rude logo on the sniper there, so I guess that’s what qualifies it. 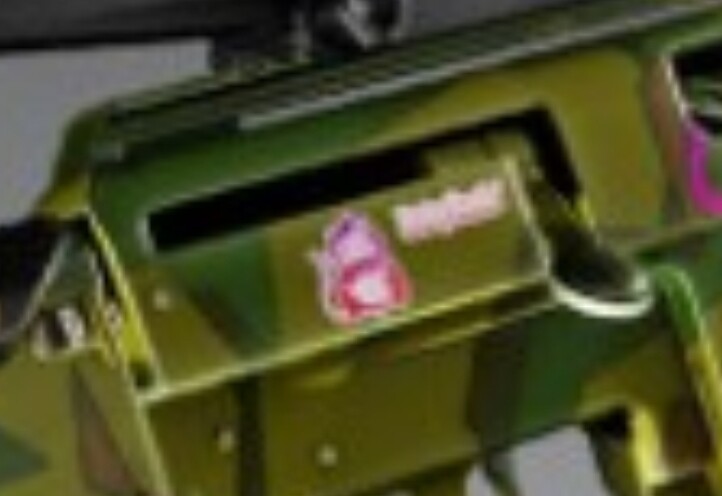 Maybe its part of their “actual camouflage” collection.

An actual Jaeger 7 RR would be in the same vein as the Sieger skin, Knight’s sniper design is just to give some character to the character

Has anyone else noticed that The Twin now plays differently since the patch? The strat to snipe him from the pier within 10 seconds of starting seems to consistently trigger a target lockdown for me now, instead of just distracting the guard.

Probably got mad the sniping strat made the complication on the Arcade contract with additional enforcers completely pointless since it was extremely easy to do it.

Please excuse me for harping on this so much. And please pardon the MSPaint job. 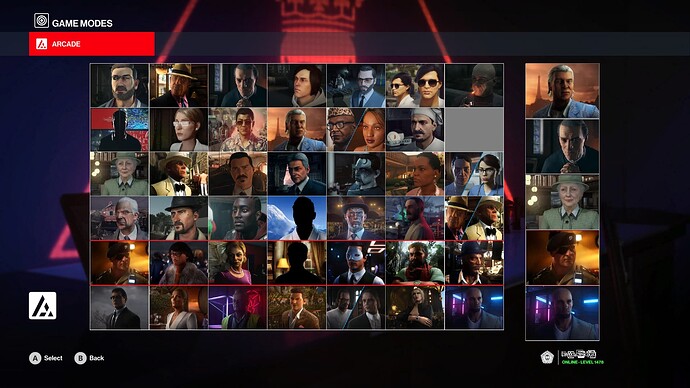 A better example of the free target select. You could pick 1, 3, or up to 5… I think there could be room for 10. Pick in whichever order you’d like. No repeats allowed. Once a target is selected they’ll have a red outline around them and be shown on the right. To deselect a target - highlight again and (select) to toggle them off.

The next screen (not made up yet) would have a list of complications you could choose from (if any).

Perhaps even a randomizer or ‘Roulette’ feature could be implemented.

No Loadout.
Any Method (on by default)
Melee kills only
Accident kills only
Poison kills only
Sniper kills only
All shots fired must be Headshots (firearms only, dart guns do not apply)
Hide All bodies (or) Hide all bodies except for accidents and poison kills
No KOs (or) X number of KOs.

After completing the 1st target/s you’ll get the standard results screen. Upon completing the 2nd and higher target/s your score will accumulate from the previous target and include a multiplier if all conditions (or complications) were met and if you earned SA.

This is the area where it might need to be fine-tuned. Like a certain complication might add a 1.5 score multiplier, or failing a (non-instafail) complication would be a negative multiplier (maybe?).

Whether you finish all the targets or die at some point - you’ll always get a final results screen with the total cumulative score. If you failed any target - that target will be locked for 12 hours.

I hope they add the ability to reset the arcade at any point, like escalations, i hate when i leave one,l half completed, then a while later i want to start it again