I’m getting the same way. I’m not quite to the point where I forget I’m wearing my own glasses and spend an hour looking for them, but that probably isn’t too far off.

Also, the latest episode featured the return of the Grand Inquisitor so that particular plot thread leading into Rebels is resolved.

This was a great episode. Everything I been hoping for. The only real complaint I got with the series and this also goes for every other Star Wars live action show. Is the length, they are to short. They would greatly benefit from more screen time to develop character archs. An episode is around 30 minutes if you cut out the credits and some even shorter. I would love to see episode that was around an hour.

I was posetive surprised by the Reva’s arch. I didn’t see it coming that she was seeking revenge against Anakin/Vader and Obi-Wan. Not just another power hungry Darkside user.

This is basically all a spoiler so…

Totally agree. I did not see her turning against Vader and the inquisitors. I have to wonder if she’s actually turning against the empire or just Vader (i.e., is she now “good” or just wants revenge and therefore more of a “grey”? In either case, it was great seeing Vader deal with her so effortlessly. He never even had to draw his own lightsaber.
I did wonder whether Obi-Wan knew that he essentially left her there to die after basically convincing her to attack Vader, but i’m all in for seeing what happens in the final episode.

So… Any Jabba goodness so far?

Jabba has not been seen nor mentioned in Obi-Wan and I don’t really see any way they’d work him into the last episode. This show isn’t really involved in the criminal underworld in that way and to shoehorn him in at the end would probably feel unneeded and just a fan-service thing.
There are some major plot threads that have to be resolved in the final 30-45 minutes and there really isn’t any room to bring in a crime boss in the middle of that.

I believe that she is still evil. She is willing to do horrible acts to get her revenge over both Vader and Obi-Wan. She might not seek power for the same reasons as other Darkside users, but she isn’t trying to get rid of Vader for the good if the galaxy.

That said I believe she will cross over. Obi-Wan will make her see the errors of her ways.

I think you’re right. One way or another, she has to be taken out of the way. She knows Obi-Wan is still alive and she knows about Tatooine. I don’t see how the show can end without Obi-Wan being presumed dead (by Vader at least) and Reva out of the picture one way or another. If she does in fact turn to the light side, she’ll have to disappear because the remaining inquisitors are not going to just let that go. If she isn’t going to turn to the light, then there’s a dark-side user out there unaccounted for who could be trouble.

I’m subscribing to the idea that she is as good as dead, no matter how it turns out. She will probably take her knowledge and secrets with her to the grave.

Agree. That character is not making it out of this series.

I was really hoping for a (even minor) Cal Kestis cameo but so far, no luck.

I finally saw episode 5. Wow Bail Organa is a dingbat!

The internet is ink! Codes can be broken but at least try one bro. Just be vague.

Happened around a month ago. 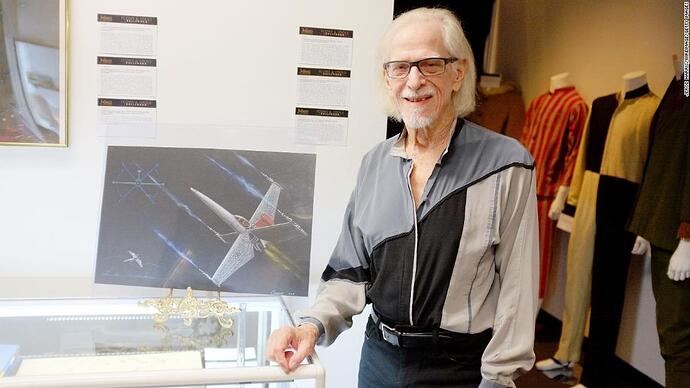 Colin Cantwell, the visual effects artist behind many of the iconic spacecraft in the original "Star Wars" movie, has died at the age of 90.

But he has a long history of being TV Lawyers. 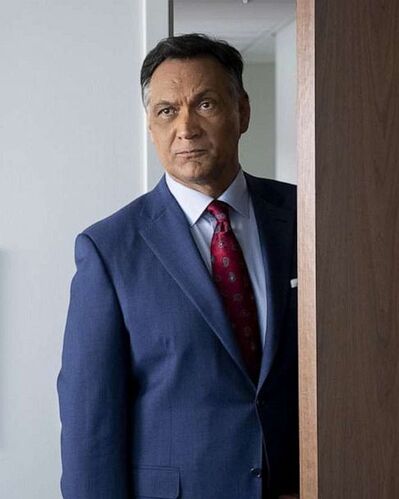 He can be trusted with a secret or two? Right?

All in all, that was a decent conclusion. Lot of stuff wrapped up, some open ends but nothing all that critical. They could do a second season if they wanted to, but there’s nothing critical left open. I don’t think there’s anything spoilery in that…

Obi-Wan back to full strength! Vader beaten! The Emperor! QUI-GONN JINN!
They Reva conclusion was Ok, I suppose. I don’t know where she goes from here given she’s never heard from again in the franchise (so far anyway), but she’s clear of the main plot. Vader no longer pursuing Obi-Wan at the direction of the Emperor makes sense. It’s a distraction that he doesn’t need and provides a fairly solid reason for not chasing him down. Vader clearly had much to learn still, giving his statement in A New Hope credence.

I think the in-story explanation for why Leia asks for “Obi-Wan Kenobi, who served her father in the clone wars” is a little shaky after this series, but they attempted to explain it with the “need to keep secret” line. Not sure it’s entirely solid but I get what they’re trying to do.

I know that Qui-Gonn at the very end was a bit of fan service, but I was in for it. Loved seeing the character again, even if it was just for a few seconds.

I was gonna write this whole thing but all I’ll say is the future of Star Wars music is Kevin Kiner and Ludwig Gorransson.

I didn’t care for Kenobi beating Vader. I would have preferred if after Kenobi broke is chest box and helmet open if he went to finish the job and Vader was just still too powerful resulting in a sort of draw where Kenobi realises if he stays close he is doomed but Vader can’t follow him and so he just takes off.
The Qui Gon thing was fan service but also ties into the “homework” Yoda gave to Kenobi at the end of episode 3. I also didn’t like the end of Reza. She knows who Luke is now? And keeps it a secret? I don’t believe it. I’m not sure how to fix it but maybe she should have taken her own life or maybe the whole thing should have been reworked. All in all still fun to watch and I LOVED when Kenobi says “hello there” to Luke. Ugh I just wish it had been better.

Fight: The line in New Hope about being a learner the last time they met pretty much required Kenobi to win.

That Cameo: The whole deal with Qui-Gonn was that Obi-Wan was so despaired at losing to the Sith and having to go into exile that lost touch with himself and his training. I also thought that it would have been preferable for their to have been an implied period of time where he was able to speak with Qui-Gonn shortly after his exile began and maybe lost that ability. As it stood, it seemed like he’d never been able to speak with him until the end of the episode. I still liked seeing him as a force ghost though.

Reva: I don’t know how I really feel about Reva. I can believe that she kept quiet. I can believe that she abandoned the dark side and turned to good. What I have a hard time with is that she turned to complete obscurity. She is connected to the Force. She is now most likely going to be a target of the other Inquisitors. She is never mentioned again (she may be included in future installments or pop up again in some other media though). It’s the danger of including a new character who’s absence needs to be explained in previously aired properties.

It’s the danger of including a new character who’s absence needs to be explained in previously aired properties.

Handled best by death. That’s why Felicity Jones and Diego Luna die in rogue one. It just makes the most sense.

I honestly expected the character to die by the end. Rogue One had a more serious problem if they survived in that A New Hope happened pretty much immediately after and their absence would be a critical flaw (they even go to the Rebel headquarters in that movie).

Not accounting for Rebels, which I never saw, Reva has something like 9 years before Obi-Wan and Luke’s story picks back up at present. That’s enough time for her to disappear, die, or something else, so I can sort of get over it, but the question still remains.