Probably one to submit formally in The Bug Report thread, @CHAOS_AGENT_45. Good on you for spotting it.

Was about to suggest the same

Nope! Why bother unlocking it now? Seriously, IOI, after requiring players to grind and repeat the exact same playthrough hundreds of times to get this rifle, the least you could do is leave in an extra perk like that.

Welcome to 2020s, where everything has to be designed for the dumbest common user. God forbid a user has to figure out why he just switched camera perspective. Such a dumb decision. Just give an option to enable the normal shoulder swap, and disable it on standard settings. Case closed.

But no, removing is easier than figuring out a solution right. Like the Berlin manhole.

There is still slight hope that they will add the useful shoulder swap in as an option, as they at least cared enough to talk about it.

Yeah I’d like it in the options menu. I’d keep it turned off personally as I found myself shoulder swapping out of habit while walking and I annoyed myself that I made that a habit.

Same problem on my PS5… (Also tried it on the PS4 version on PS4 bcs trophies are CrossGen but the same result: Nothing happens)

The only trophies that were fixed in the patch were the “Reach Mastery Level 20” ones - which is stated in the patch notes. Everything else is still broken, which the Known Issues thread only labels as “partially fixed”.

Reading - it’s not that hard.

Unintended Base Jump
We’ve adjusted a few places where Agent 47 would jump off the side of the building and outside of the playable area instead of ‘vaulting’, like the prompt suggests he can. This includes the one you might have encountered when throwing knives at boxes in the Sinbad Stringent Escalation.

There were a couple contracts in the Fan made Contracts of Hitman 3 thread that utilized this base jumping feature. They had you kill 2 targets, one while wearing a disguise and one while wearing a suit, with no disguise changes. This was possible because 47 could base jump off a ledge to the skydiving suit start point, then crawl through the tunnels and switch to the Ashen suit which didn’t count as changing disguises. IOI could’ve at least left in the base jumping feature at that point, since now these contracts are impossible to complete.

For direct comparison. Here is the before and after. 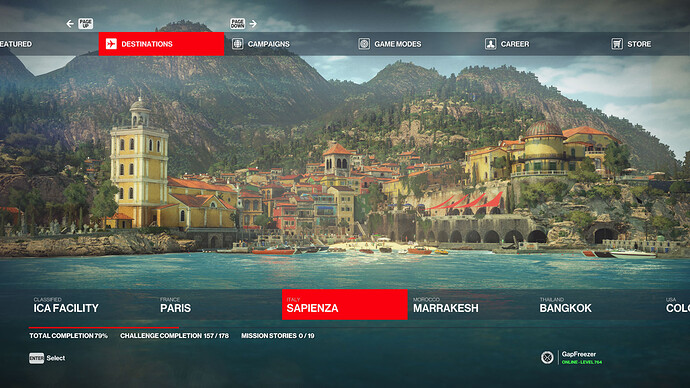 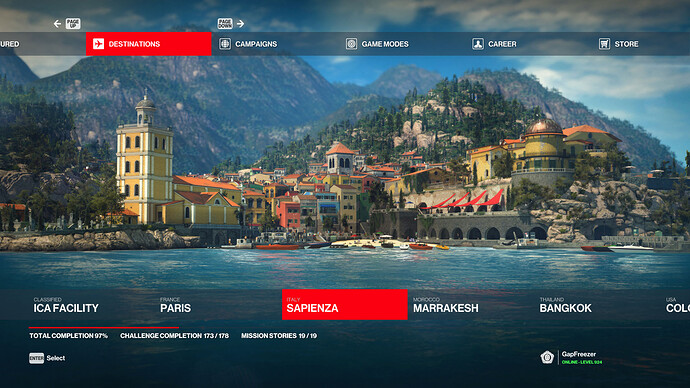 Something is off with the LOD for the boats. You don’t see as much detail as in the H2 version. Actually scratch that, most objects show less detail in the H3 version…

Couldn’t they capture a shot with everything on max for a simple screenshot?!

i wished ioi wouldve fixed or added a frame rate setting to allow 60 fps for xbox one players. it was like this in hitman 2 and ps4 has access to this setting, so i dont see a reason why they cant add it or at least acknowledge it.

Recording Eraser
We’ve added a new state to the Silent Assassin HUD. This third state will display when the SA rating is still possible, but 47 needs to erase recordings before exiting the level. This will be shown as an orange/yellow blinking image of the usual SA HUD image and a security camera.

Now just make it so that if you disable the minimap, the Silent Assassin status icon and the Difficulty icon both move to the far left side of the screen. It’s just distracting to have them that far out on the screen when the minimap is not there.

Recording Eraser
We’ve added a new state to the Silent Assassin HUD. This third state will display when the SA rating is still possible, but 47 needs to erase recordings before exiting the level. This will be shown as an orange/yellow blinking image of the usual SA HUD image and a security camera.

Now add one where a target spotted you or a body and did not report it to a non-target yet.

This could probably be visualised by having the Yellow SA-icon fade to a yellow crosshair target icon instead of the yellow camera icon.

“After” is clearly much better.
But does it reflected on the location itself?
I mean not some particular areas or angles, but the whole location.
Last time I visited it (long before patch) it was awful in some places, especially in the mansion, in the main hall. Lighting is… 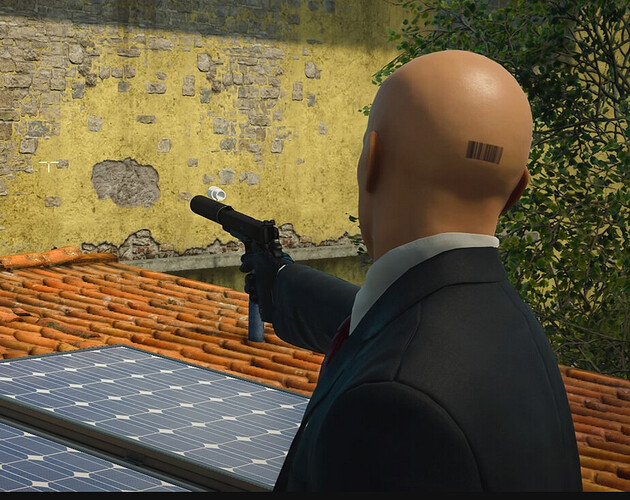 Still happening, it’s one of my favorite pistols and I was really hoping it would be gone with this patch.

Equip: Wrench
We’ve removed the manhole in Berlin as it was causing several issues. There are healthier alternatives to dumping bodies or leaving the mission. They are now your go-to.

Incredibly disappointing decision with little elaboration on why. What made it have issues compared to the ones in Miami and Whittleton Creek? Of what others have mentioned, pretty silly to remove it on the basis on issues relating to retaining an SA rating on speedruns etc.

The patch has somewhat fixed the trophy issue on Playstation, I am still not receiving the Dune Raider trophy despite having revealed all undiscovered areas and got the achievement in-game

Patch is live on Xbox.

Selecting a Mendoza contract still causes the game to crash and go offline. How does this even happen? It wasnt mentioned in patch notes, so I thought they fixed it quietly, but no.

A couple of people have mentioned that contracts created in Mendoza after the patch will work, but ones created before still don’t.

RIP. So, what about them leaderboards with top entries dominated by now impossible SA-Wallbang strategies?

Shoulder Camera
Removing the option to change which of Agent 47’s shoulders that the game camera is located behind was intentional and it’s still possible to do this when in combat. We’re aware of player feedback on this choice and we’ll share any updates here.

As I understand, this change was made to handhold some players who accidentally swapped shoulders constantly. With this in mind, why not make this an opt-in setting like the SA tracker?