I wouldn’t be surprised if it’s like Escalations with the default level set at Professional. Hitman has never had any mode with only Master difficulty set. And unless you can choose between the three levels, Pro seems to be the default.

There’s a difference between accessibility and difficulty, Hitman isn’t a game that normally requires super fast reaction times, it’s more about strategy and patience. So making the experience more “difficult” with master mode doesn’t make it more inaccessible, especially considering that master mode is more about playing it safe and slow.

Besides this is again post-game content, for people who are familiar with the game and are likely higher skilled. I do want games to be accessible so that more people can enjoy them, but it doesn’t mean we should or need to simplify them and make them super easy in order to do that, it can take all the fun out of an experience.

Going with the “like escalations”, I wonder if saves will be abled.

Slightly related, I also wonder how long the campaign/missions were designed to be.

There’s a difference between accessibility and difficulty

Difficulty is one aspect of accessibility, though.

I’m hoping so and personally, I can’t see any reason why Freelancer unlocks couldn’t be used in the main game?

IOI might confirm more details on this closer to it’s launch.

Going with the “like escalations”, I wonder if saves will be abled.

It’s possible you won’t be able to save per level (like Escalations) but your progress per level will be saved (like… well Escalations).

I can’t see any reason why Freelancer unlocks couldn’t be used in the main game?

One possible reason: it would change how every other aspect of the regular game is played. Right off the bat (based on leaked items) it would alter existing Featured Contracts and some Escalations that required specific kill conditions that normally couldn’t be achieved by items you could enter into the level with.

Also Ghost Mode had items specific to that mode as well.

Not really a relevant point since those items made sense to stay restricted in that mode - the ghost coin/flashbang/explosive and the freeze grenade would’ve been completely pointless outside of Ghost Mode as there was no alternate reality/opponent for them to effect.

It also depends if we are talking only about new gameplay items, or new cosmetic items (including suits).
I expect some cosmetic items to be rewarded / unlocked. It’s just too great an incentive for players to pass on.

As for new items : from the reveal we can see at least two category of new items :

The second one could be bonus core-game unlocks. They would work and playable in “normal” missions. On the other hand, Freelancer will have a different gameplay balance. Freelancer is rogue-like. Some items might be more powerful, but balanced by being both one use and costly. Both don’t exist in the core game, and might render them way too OP.
Some other might be new, but with lighter tweaks (coupled with some aesthetic). Those one I could definitively see as unlock.

The gameplay reveal shows that items come in rarity. Maybe legendary items will be also unlocked in the core game once purchased the first time in Freelancer. There has been asks for a more free / open ended unlock progression after all. Maybe in addition to a mastery ladder.

I wouldn’t even be surprised if the ICA eletrocution phone makes a return (if Freelancer exclusive). If it was me, I would even make it cartoonishly expensive (it is an item from an extinct organisation, rare on the black market after all) and linked to a challenge called “Was It Worth It” to eliminate an head of organisation with it. As a joke. 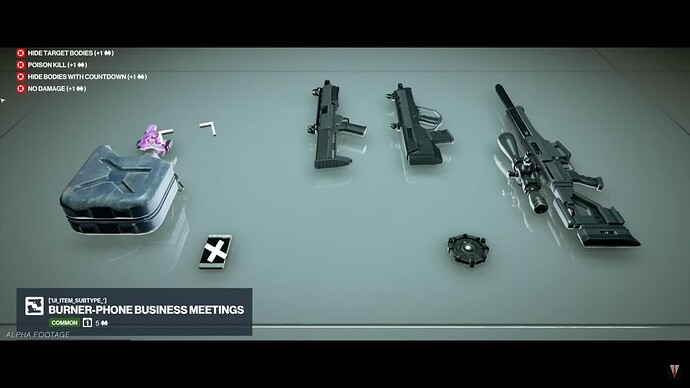 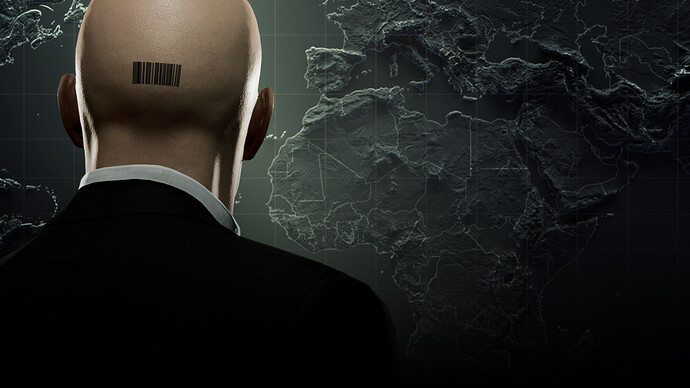 We’re on the Road to Freelancer. This post is the start of a series that will end with the launch of Freelancer.

Also, I guess cue all the “IOI lied again!” posts now since it won’t be coming out this year too…

Holy crap!! I was right! Freelancer preview this month (and many months after that!!)

Wow. I still don’t think we should be expecting a Year 3 from this announcement, but the fact that they’re STILL Taking their time to release it is very good news!

Early next month, we’ll be selectively inviting HITMAN 3 players on Steam to jump into the Closed Technical Test and put it through its paces.

Quite possibly the worst move in human history.

This is good news! Money system!

Seems to be a lot of work going into the mode. Honestly I’m not even mad at the release date. It will be well polished then. And at least now we have a date.

PC only testing though

Well, nice to know so now I can stop feeling antsy about it when it’ll be released.

Yeah, uh, I totally gots it in Steams! Where do I’s signs up?

PC only testing though

Me feverishly looking up my PC specs, seeing if it can run Hitman 3…