So I’ve started playing HITMAN 3 and I’ve started also seeing the new in-game cinematics. And it is clear that IOI and Glacier are a bit behind in this category. 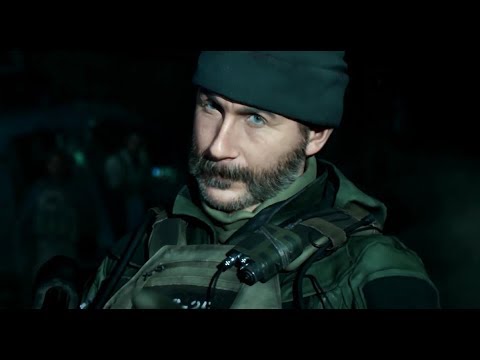 yes, budget is one area of course. But there’s a couple of things that I would like to raise, especially as IOI are moving into 007 - where the cinematic demands will be even bigger.

Point 1: Director - I don’t want to offend whoever directed the cutscenes for HITMAN 3, but IOI really need to look elsewhere, or send this person to study more cinema styles at least. The opening cutscene in particular is very dry (an SUV ride through Saudi Arabia and a voiced narration? That’s it?). The whole “Is that your winning face” scene really is adequately written, but not blocked in creatively, and there is no nuance to anything that is happening there.

Camera is too high half the time. And that’s just for starters. People who see the visual style from HITMAN 1 (particularly how Platige Image aped the style of actual 007 films while working with Square Enix) will see the potential here that was left untapped in HITMAN 3

Even with limited tech, a strong director can make you forget you are looking at a simple in-game cinematic. For example, this guy: 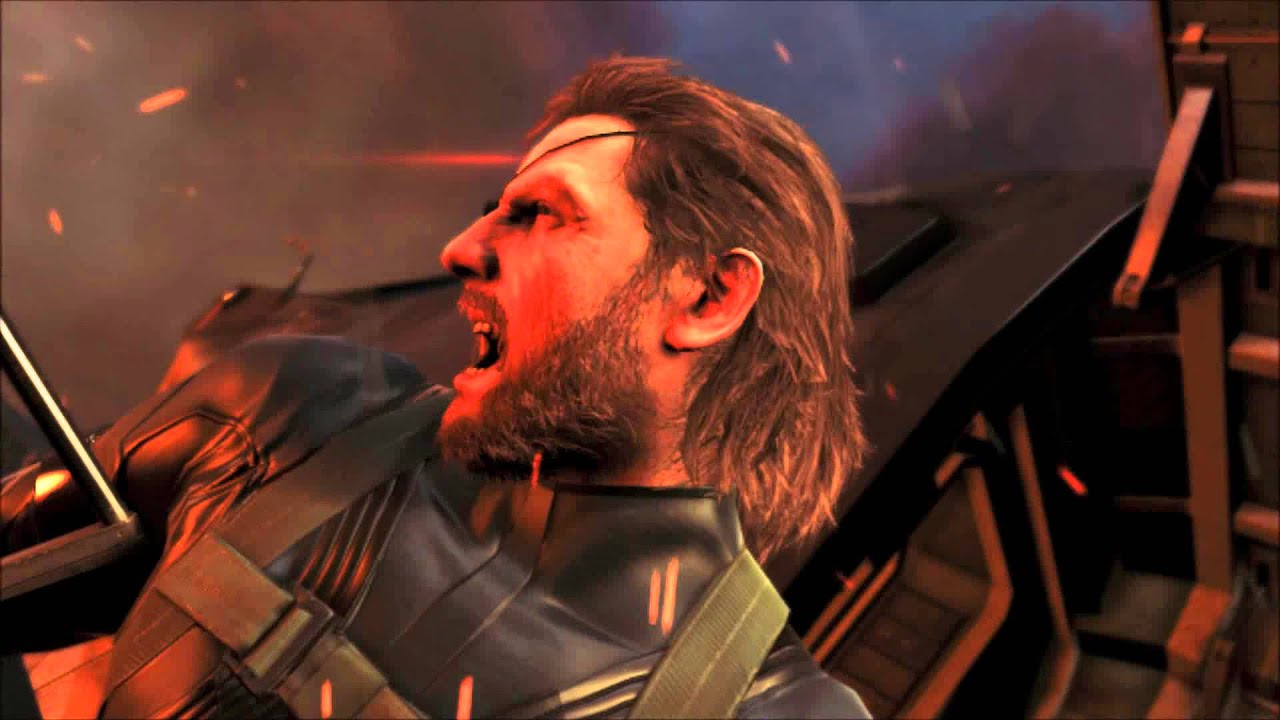 Even if the technology, polycounts, and everything is ancient in this example by modern standards, strong direction is strong direction. HITMAN 3 is technologically more advanced than MGSV but without a strong visionary behind the cinematic camera, we don’t get the same powerful results. For H3, we know this is a step up from H2. But for 007 the larger public won’t be so forgiving.

This is the starting for point for any improvement in my view.

Point 2: Rigging/Mocap quality and Alternate Render Modes - Back in the days of L4D2, Valve wanted to crack the nut of “in-game cinematics that look like an animated movie” and the way they did this was to actually use their Source Engine to make the cinematics but at such high settings that it would actually not run in real time - thus the cinematics from those early Source efforts were, in reality FMV’s rendered out in JPEG form and played back at 24 JPEGs per second - yes that’s sort of cheating, but you do what you need to do to get your result. The other reason this became necessary was because the actors were actually super-rezzed from the true in-game characters. They had much higher vertcounts and had bone face rigs that were too dense for the actual game. Again, you do what you need to do to get the result that matters.

There’s others I can think of, like how the SSS settings and lighting seem poorly matched half the time (making 47 look younger by accident and flattening out all his facial features) but these two points I feel are the most important to bring up.

How do others feel about this particular aspect of HITMAN 3?

You’re right they’re not great, but they also weren’t a focus for the game. Not sure I ever watched any of them twice.

Bond is a different matter, yeah… They hired a bunch of people for Bond and I would very much guess some of them are cutscene related.

This really isn’t something anybody should spend time worrying about in Hitman 3; they’re a giant improvement over H2’s still images and IO should be encouraged for doing this method instead, they’re completely fine.

And we can only hope this contributes to the growth of Glacier engine, in the same way projects of this kind helped the growth of CryEngine: 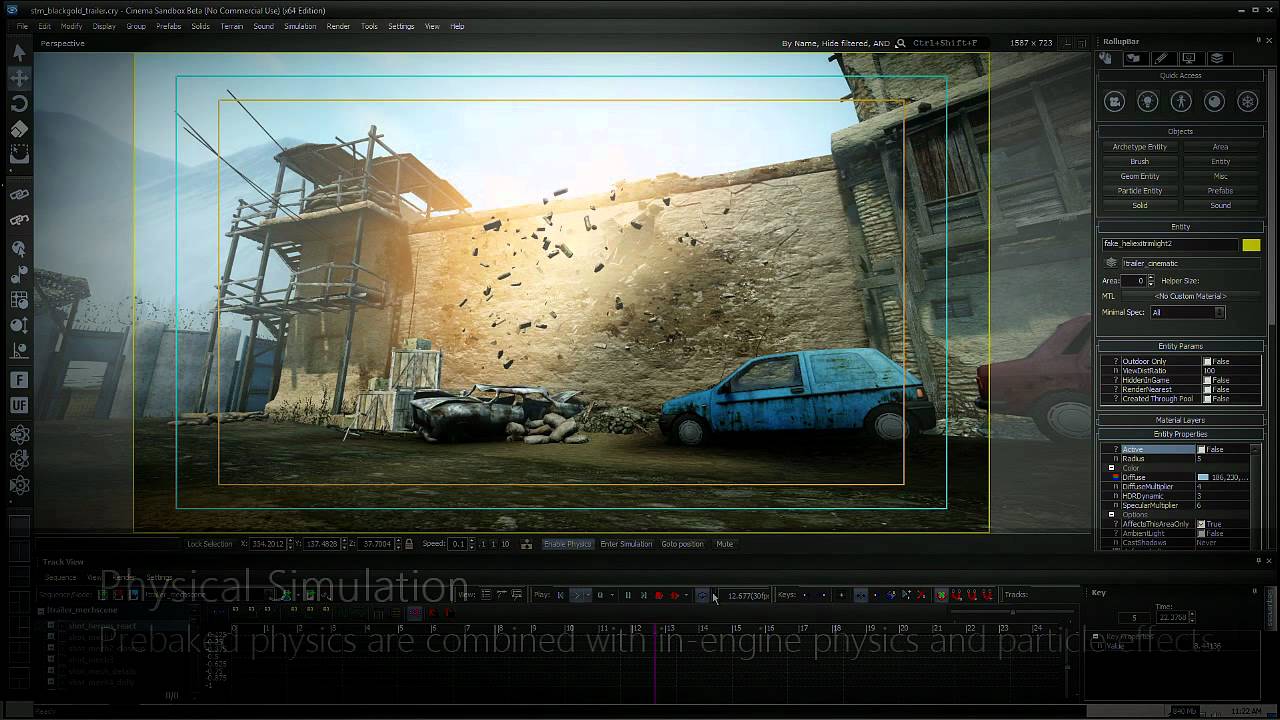 Of course what you say is true. But this is why usually the cinematics are supposed to be a “separate but ongoing concern”. They have their own director, and usually their own branch of the game engine development (see: Cinebox/Film Engine for Crytek).

In fact, I am raising this precisely out of fear it will be overlooked. Because this aspect is not core to gameplay but it is “a bit far behind” all the same. But as you have mentioned I actually want to encourage them to continue developing and improving this method.

I’m quite happy with them spending zero time on doing better cinematics than this current method, I suspect a lot of players feel the same.

But let’s find out!

Are you satisfied with the standard of cinematics in H3?

My only issue with the H1 and H3 Cutscenes is they have this smudgy look to it, but I partially blame that to compression at most for the Cutscenes.

Graphically, the whole game is a bit basic by modern standards, but I enjoy it nonetheless.

I think there is always room for improvement everywhere. So to even suggest they would focus absolutely no more effort into making better cinematics for upcoming games is a bit silly. They will without a doubt improve because that’s the natural order of progression and learning. They are not used to in game cinematics , so this is a sort of sophomore effort that will only continue to get better with more experience.

This. It’s the compression.

For the HITMAN series, I care only about actual gameplay/atmosphere, which IOI did a goddamn outstanding job.

@Hayamoto You really think maps like Dubai and Chongqing are “basic”?

One of my biggest issues with the engine/pre-rendered cinematics is how severe the quality compression was for these, you can see compression artifacts everywhere.

I hope higher quality ones are patched in because the ones at the moment do a disservice to the work put into rendering them in the first place.

tbh the main reason the H3 cutscenes suffer is because of the video compression. the engine is already not the best for cinematics, then they compress it for video format. plus the character models are not exactly the best in the industry…

look at how good the cutscenes can be when not compressed into video format: 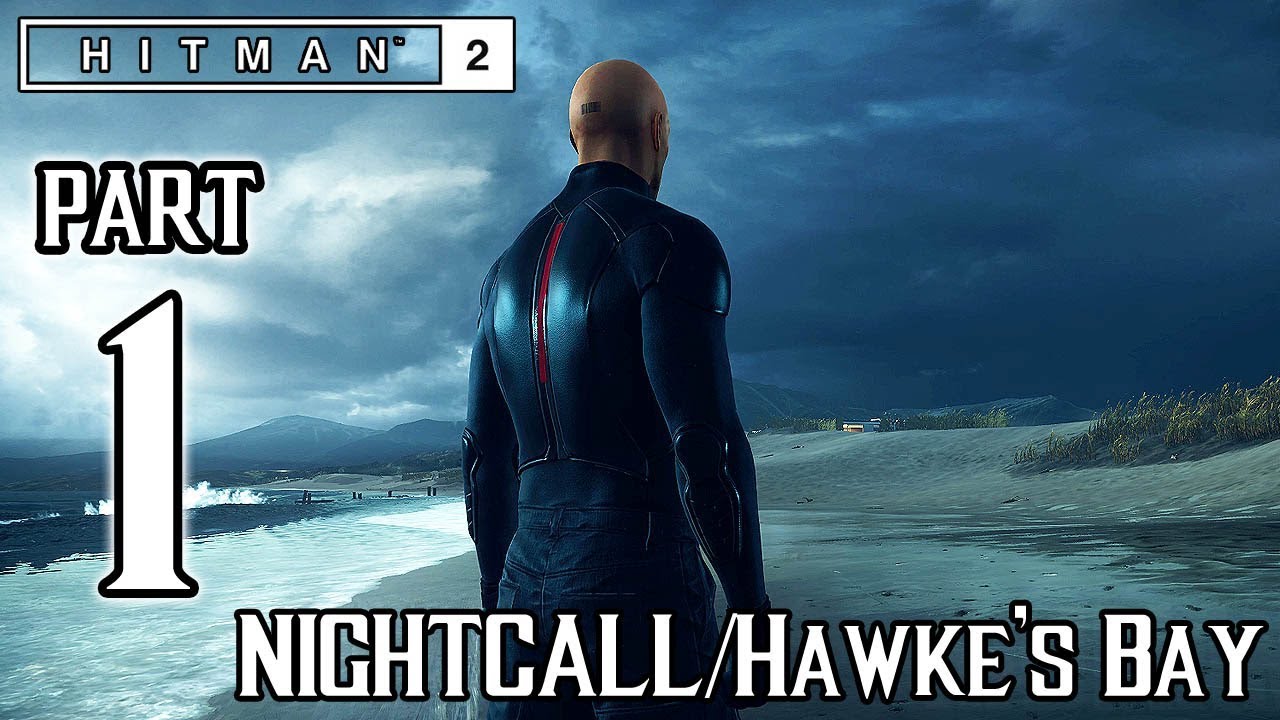 The opening cutscene in particular is very dry (an SUV ride through Saudi Arabia and a voiced narration? That’s it?).

i dont really agree with this. it was a perfect cutscene for the opening of HITMAN 3. not Metal Gear… not Modern Warfare… HITMAN 3.

plus i think this part of the opening was really well directed: i dont really agree with this. it was a perfect cutscene for the opening of HITMAN 3. not Metal Gear… not Modern Warfare… HITMAN 3.

Well… have you seen the opening to COLLATERAL?

And yes, IOI do hit their highest spots when they decide to mimic an actual Hollywood film: 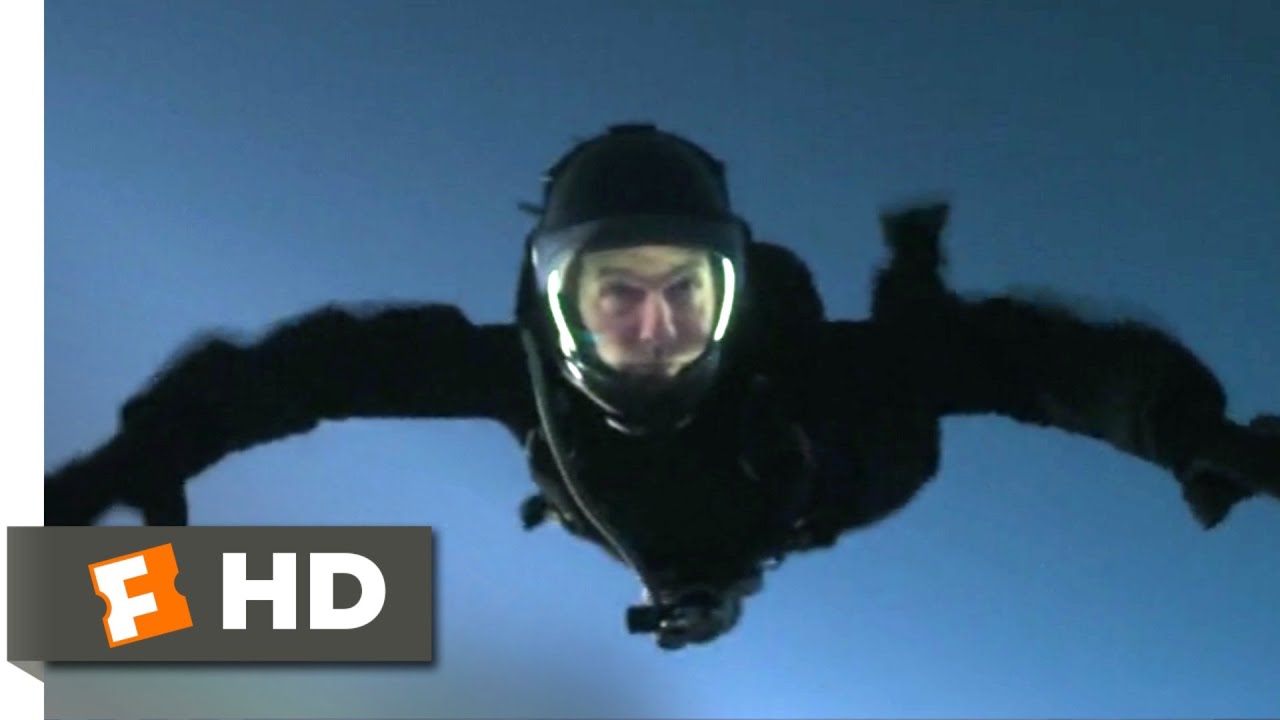 While Metal Gear can have solid Cutscenes and they can be memorable beyond all belief. I will always say that “Legacy” for HITMAN 2016 remains as one of the best Cinematics for a game in general. I’m glad to live in the timeline where this exists. Just the level of hype and respect towards the last games in this series is undeniable meanwhile Konami butchered the Legacy that MGS V left behind with MG Survive.

I do wish this showed up at the ending for TPP. I’d be okay with the series just ending if that was the case. 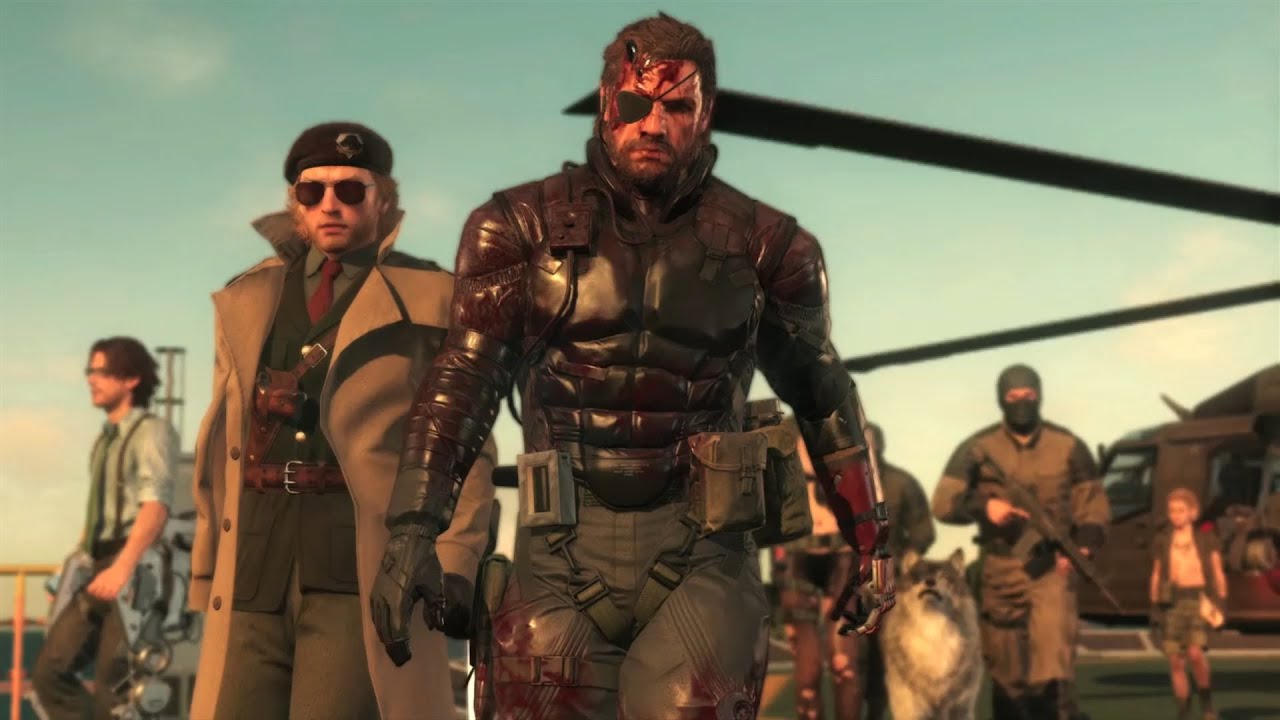 Legacy Trailer and all HITMAN 2016 in game cinematics are the work of Platige Image:

Those are basically no longer qualified for discussion. They are part of the AAA Square Enix Big Budget past from which we left.

Try playing Death Stranding and then switching back to Hitman. You’ll see what I mean.

Yes… but SOME of those things are “things that can be fixed later”. Half of it is lighting that is too strong or not balanced… and yes… the video compression artifacts… and so on…

I still believe IOI can make great strides here (and that will also result in tech that benefits the actual game play in the “look prettier even than now” department) beyond the initial foundations for making the cinematics better.

Note I am not proposing that IOI start putting cinematics ahead of gameplay. I am just of the opinion that they are “neglected too much” at this point in time.

Those are basically no longer qualified for discussion. They are part of the AAA Square Enix Big Budget past from which we left.

While yes, this is true I simply view all HITMAN Cutscenes under the same roof they just all bring something new to the table during every season so this is my fault.

if I recall Glacier is capable of quality cutscenes since to my knowledge Absolutions Cutscenes are created using the engine I could be wrong though. I think every game served its tone and purpose for Cutscenes. With Absolution being more gritty.

I’m looking forward to how IO improves upon Cutscenes especially with the Bond games being developed.