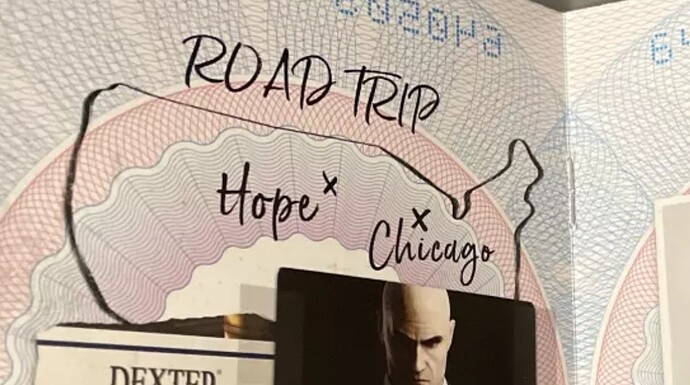 I love this bit of the passport. Because as hard as Absolution tries to frame itself as a gritty revenge quest to get his surrogate daughter back, I’ll always now be wondering if in 47’s mind it’s just a chill roadtrip across the US

There are all pages it’s kinda ugly but i love that “who is Clera?” writing

I haven’t got it yet, and I want to be surprised when I get it. I’m expecting it to arrive next month, and I will come back to this thread then.

@MrOchoa look at the video! You will love it

Looks really awesome but one thing bothers me a lot about it…it says “Authority: ICA”…but the ICA is supposed to be this super secret assassination agency…that literally every airport in the world would have to know about in order to accept a passport issued by the ICA. Not forged but openly issued by the ICA.

Now the ICA is supposed to be neutral so let’s say for argument’s sake that every government knows about them and is perfectly chill with them(since they’re not supposed to get involved in politics and all)…they would still not want to just flaunt their presence in the open like that as every country’s government and other spy agencies would still be highly interested in monitoring their movements. Announcing their entry into a country like that would cause all sorts of complications.

The agency would have agents in different organisations to facilitate logistics in operations - whilst authority ICA is on the nose for the sake of the game memorabilia, there are many government authorities that have similar codenames/acronyms. It might simply be that Agent 47 had his passport issued by SG authorities - they are also ICA

Looks great, I’ve gone for the Deluxe version as well

IM IN THERE! IM ACTUALLY IN THERE!

Jokes aside, who else read it with the announcer voice in their head? This is gold. Even the MK2 sticker is in there.

Oh stop it!!! It’s a fun souvenir. Of course in game 47 has many passports from different countries. This isn’t that kind of thing. It’s a fun thing!!

I love all the checked luggage and/or security tags on the back cover. Many people are too lazy to remove those. Nice detail.

Hitman a Core PC game since 2000. And what? No H1/H2 free content, no pre-load times, no phisical version, no Multi pass!

Hitman 2016 and Hitman 2 will be free for PC players but it will take a few weeks to fix the Steam->Epic issue.

It’s times when consoles become much more important and profitable.
That’s why.
Though I’ll never understand this. Because neither of console will never replace a good gaming PC

MrOchoa look at the video! You will love it

i would LOVE to have a confirmation of this, @Travis_IOI? or is it just a very lucky coincidence?

I like it and it’s a good addition to anyone’s collection!

Artbooks are normally my favourite piece to the collectors editions that have been released in the past. 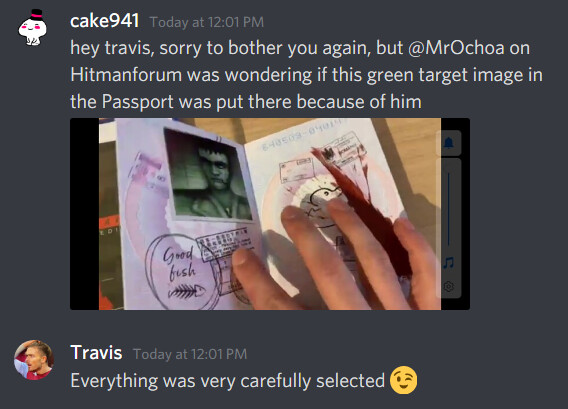 Thats fucking insane, you wouldn’t believe how happy and excited I am right now