I think that the January release date was a double-edged sword for HITMAN 3, and this is the other side of it. Even though I’m sure it’s unintentional, entertainment industry awards often suffer from some degree of recency bias: the Oscars is famous for this, with studios perennially releasing their expected big-hitter Awards-candidate films in November/December so that they are fresh in the minds of voters early in the new year when votes are being cast.

I think HITMAN 3’s [completely unfair, IMO] lack of recognition in these awards is partly due to its early release date in the GA’s calendar and that judges may well have had the latest new shiny bauble (e.g. Metroid Dread etc) at the front of their minds because they’d simply played it more recently. The downside of the January release date.

On the upside, HITMAN 3’s release date seems to have been a big part of the reason why it sold so well in comparison to HITMAN and HITMAN 2 - it was perfectly timed for owners of new Playstation and Xbox consoles looking for a AAA game to pick up and run on their new shiny hardware, and there weren’t any other big titles around in January/early February to distract from H3’s launch. (See the atrocious release date of H2 for comparison, going up for sale very shortly after many gamers had just spent big on RDR2.)

On balance, I’d prefer IOI to have reaped the benefit in sales from their January release date so that they are well funded for their future endeavours (which I very much hope includes rounding out the WoA trilogy with the long-hoped-for proper Offline modes and permanent return of ETs etc, as well as Project 007 and their other games), and if that comes at the cost of being forgotten by the Games Awards then that’s a trade I’d be willing to make.

That and Cyberpunk 2077’s trainwreck of a launch.

i know i only come here to shit on the dlc but i really think 7 deadly sins soured general opinion on hitman 3 and that contributed to the lack of nominations. that being said I think it did deserve some nominations, especially over deathloop which is basically the same game but with much less to do

When it comes to the Game Awards show, most of the nominations are done by a panel of judges and various worldwide gaming news agencies.

While there’s been plenty of ire about the DLC for consumers, and I don’t doubt that some journalists might also feel the same way, I don’t think this has much to do with the 7DS DLC’s premium price. Hitman 3 would be nominated for what the base game offers/offered, not whatever extra content came out since then.

sorry guys, I think this “post-launch” debate has gone too far off-topic from general Awards buzz. Had to split this to a new thread. 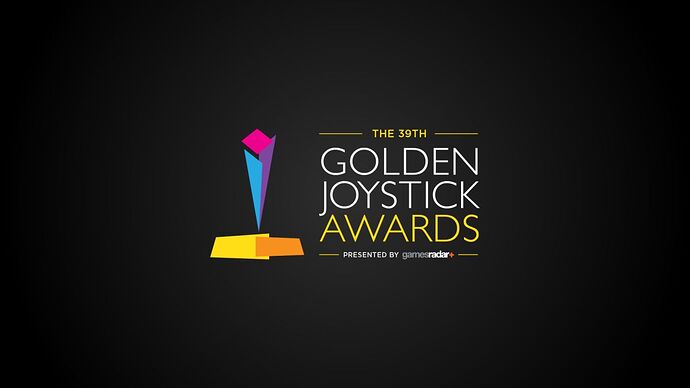 Golden Joystick Awards 2021: Everything you need to know

Join us on November 23 to discover which games you voted for as the best of 2021. Here’s everything you need to know about the event.

Hitman 3’s game director Mattias Engström is a bit salty too about TGA. 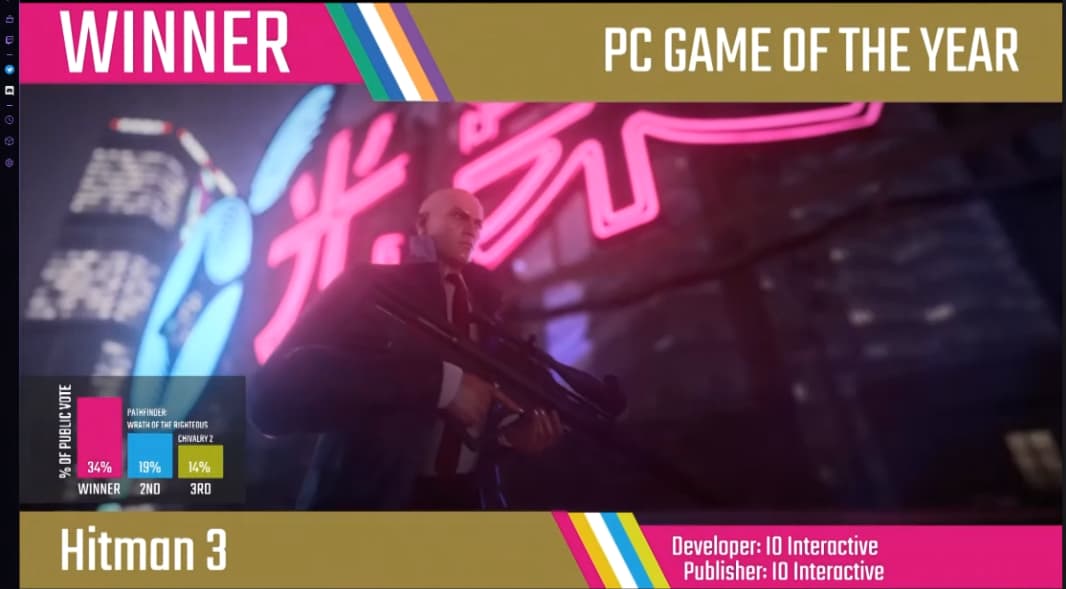 @Travis_IOI please get on it and post a tearful Kate Winslet-esque acceptance speech tweet at your soonest convenience so that I can spread the Good Word of HITMAN 3’s very well deserved success far and wide to the all the heathens I know still awaiting conversion. Kthxbye. See y’all in January for the Steam release!

Why was Hitman 3 compared to indie games?

Well IO is an indie developer

Look at how much it won by, christ.

Not truly an award but close enough and still prestigious : the World of Assassination trilogy now has the Josh Sawyer (New Vegas, Alpha Protocol, Pillars of Eternity, Outer Worlds) Seal of Approval. 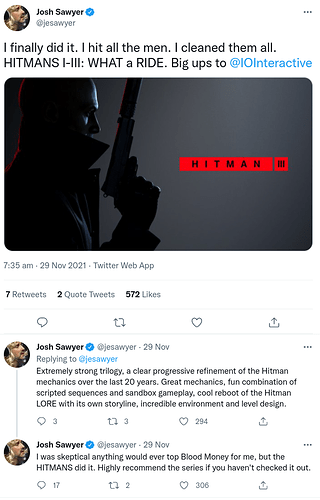 Fun fact : according to one of his dev stream, Josh Sawyer and Obsidian once entertained the idea to look at Glacier 2 to perhaps develop a spiritual successor to Alpha Protocol. It didn’t happen, and since then project 007 was announced by IO themselves.

I’ve been waiting for the nominations for a while now so I’m disappointed that HITMAN 3 only got a nomination in the Best VR/AR Game award, I would’ve even taken a Best Action Game nomination if it didn’t get one in the Game Of The Year award.

Agreed, but you forget that if your game does not start with CoD and/or is not streamed by top Twitch people, these places think it does not matter.

Just look at the nominees:

aside from Deathloop, I am not gonna shit on any of these games BUT

None of them has more replayability, depth in gameplay, dev support or (worthwhile) DLC than HITMAN 3. The only categoies any of them may have 47 beat in are story and music.

I forgot that audio design was a category. Was just noting the other day as I watched my run for The Rage how the sound of rain falling changes depending upon what it is hitting. When someone walks past 47 with an umbrella, the rain sounds like it is hitting the stretched plastic of the umbrella. A lot of games do not go into the little details like that and it should be noted.

Fun fact : according to one of his dev stream, Josh Sawyer and Obsidian once entertained the idea to look at Glacier 2 to perhaps develop a spiritual successor to Alpha Protocol. It didn’t happen, and since then project 007 was announced by IO themselves.

Very interesting. But I wonder how it works in this case, because Glacier 2 is a proprietary engine made by IO for internal use (forked once by Eidos Montreal and still in use by them).

I know they want to be an animation engine provider for other studios, they received a danish funding for that in 2020.

EDIT : I just realized that we are talking about Glacier 1, because Alpha Protocol was released in 2010.