Not sure if this is new news. I did a search for DLC and didn’t find anything recent. 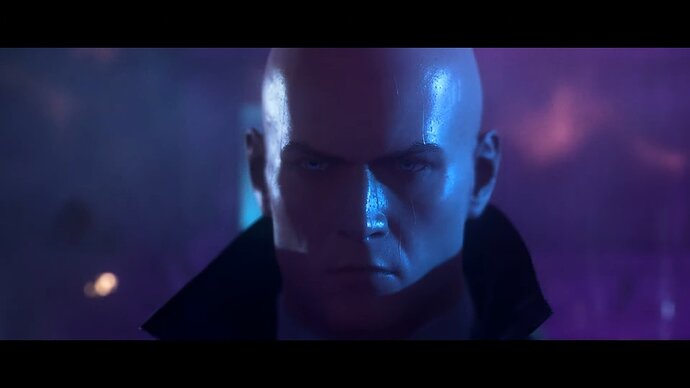 Hitman 3 DLC in the works, will "reimagine" existing locations from the trilogy

Developer IO Interactive has confirmed that DLC for Hitman 3 is on the way, but instead of new levels, IOI will be "reimagining" and "twisting" existing locations from the trilogy.

Hope they are cooking up something good for us :3

I really hope so, the dlc levels for sapienza are great but we didn’t see to many more like that. Similar reworks for the other levels would serve as a great victory lap for the trilogy.

Before I saw this post I was genuinely thinking of creating a shitposting topic with the following poll:

What Is The Best Hitman Shipping?

Both, but in terms of presence I definitely have to vote for MrOchoa. I think he talked about this an every topic Ive read so far.

I’d say maybe one location from each of the trilogy games reimagined but we got most 2016 levels in some alternate form sans Colorado if you don’t count the sniper map.

I’d love to see what they could do with some of 2nd & 3rd game’s levels though.

Whittleton Creek is ripe for a makeover

Speculated but pretty excited to confirm. It does make sense, might as well milk Hitman 3 for some paid DLC since the Bond game is probably at least a couple years away.

Definetly hope these are proper bonus missions. Saying that though, Sarajevo Six was a console exclusive thing, Patient Zero missions were probably made very quickly due to IOI’s bad finances at the time, and Special Assignments were probably a symptom of the season pass model I reckon WB forced onto IOI.

Would be cool if it was like a mini campaign again, and certainly the idea of getting to go back through 3 games worth of levels is pretty exciting. I don’t know how many they had in mind but I’d love to see a proper 6 bonus missions. Hopefully as well this means they aren’t going to force people to own the Hitman 1 and 2 Access Passes to access new bonus missions using any of those locations.

Saying that though, I can’t say I’m that interested in the Hitman 1 maps getting bonus missions. I mean, Sapienza has 4 missions and all of them are great. Don’t think there is much more you can do with Marrakesh really. Bangkok and Colorado are the worst levels in the trilogy so unless IOI has some awesome idea for them I’m happy to leave them alone. I love Hokkaido but I also think it would be difficult to retheme it. Paris could use a good bonus mission, the mansion could be rethemed for something when it’s not hosting a fashion show.

I do think the Hitman 2 maps would benefit the most from bonus missions. Miami is literally divided into 2 halves by the race track, you could just utilise the half with the pier, park, and building, and turn that into something. Santa Fortuna’s town can easily be cutoff from the rest of the map so that you can just use. Mumbai is massive but you could always just close down the skyscraper and train yard sections, and just set it in the city part of the map, like Marrakesh. Whittleton Creek I’m sure you could do something with. That and I really want them to be able to enter all 8 houses. Isle of Sgail, can’t see it, think it would be too hard to retheme, you can’t really cut off any off the map.

As for Hitman 3, well. Dubai I can’t see really, I guess you could change the art exhibition but aside from that, don’t think you could retheme the level much. Dartmoor, sure you could do something with it, it isn’t too big. Berlin is a club using abandoned industrial buildings, sure you could retheme the level to daytime and reuse the buildings for something else, not to mention with traditional targets. China, struggle to see what you would do with it, don’t think you could set it in daytime even since I’m not sure it would look good. Mendoza, eh, maybe, I dunno. I’ve played Mendoza twice so far so barely know the map layout. Maybe you can cut off the villa or the tourist exhibit? Hitman 3’s map seem less modifiable to me compared to Hitman 2’s maps.

So I dunno, guess it depends how many bonus missions IOI are thinking of doing. To me, 6 would be a good number, so I’m thinking Paris, Miami, Santa Fortuna, Whittleton Creek, Dartmoor, Berlin.

Dartmoor at night could be a bang of a Halloween themed event!
Anyway, the confirmation of Hitman 3 DLC whatever it is is already exciting news. I think the trilogy has closed so well that no new locations are necessary. There’s so much to reimagine about existing locations that would feel half-new half-familiar.

Eh. Title had me excited, but now less so. Except for Landslide and A House Built on Sand I don’t feel like the bonus missions make much sense within the larger Hitman universe.

I really want real levels as DLC, and would pay for them. Especially if one was a ski-resort.

I just hope though that IOI is clear and upfront about DLC happening. We never purchased anything more than the base game, so I moreorless expect some downfall to happen. However what’s interesting is because it utilities all three games, I’m somehow not worried about it. It’s like I jump to thinking about it, then dismiss it at the same time.

However any DLC is good DLC, so I’ll take it.

I hope that if they repurpose existing maps they do proper bonus missions. The wording in the article could also just mean escalations though.

If we get bonus missions,I’d prefer HIII maps repurposed instead of older ones.

Anyways, whatever is released I will judge afterwards and then decide to buy or not buy after release. Works like a charm.

If we get bonus missions,I’d prefer HIII maps repurposed instead of older ones.

This. As much as I love the twist on Berlin, I’d love to see the sort of fleshed out target(s) they come up with for it.

I’m always up for bonus missions and especially new levels. Special Assignments, however, can specially assign themselves to the recycling bin. A new campaign like Patient Zero could be cool. As would standalone hits that fill in the gap between Absolution and HITMAN, or post–HITMAN III. I want it to reference the rest of the World of Assassination, I want the map changes to draw from what we already know. I want it to fit inside the series canon, which I feel Landslide and A House Built on Sand did better than The Icon. Though Patient Zero handled it the poorest, as people can’t agree on whether it’s set before HITMAN, after HITMAN, after Club 27, etc.