In reference to my Elusive Target Campaign Main Topic:

So here it is, my Custom Elusive Target Topic for the new Forum, so for the ones who don’t know what this is, here a quick Breakdown. On this Topic, I’m going to show of my finished Custom Elusive Target Mods, once there’re aviable for Download. On the old Forum, I also had a build in Poll and let People vote the next Map, so do to sinking participation in this Polls and me being the only vote around the fifth ET, I vote do this anymore, atleast for now. Anyway, time to get to the Mods:

I’ll now start this second Topic for Future ET Concepts for my Mods, I’ll start doing when the Curcumstances are allow it. 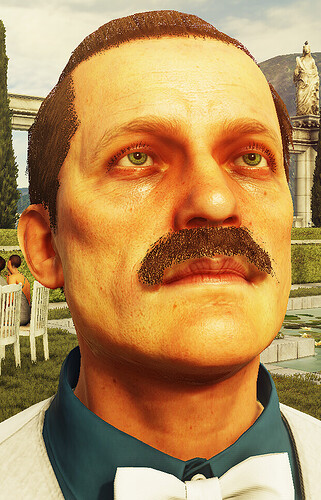 Intel
Gustave Le Babette is a frenchly-born, famous, former Wine Critic who was famous for his sharp taste and well written critics, until 3 Months ago, when questionable incomes of his came to the light. It didn’t took long until it became clear that he had taken bribes from all over World, meaning that practically all of his critics were bought. This discovery ran his carrer against a wall of concrete cement, including serious Death Threats, which forced him into hiding. Our Client, famous belgian Wine Producer Locke Marmion has localised Babette as a permanent guest of Don Archibald Yates in Argentinia and issused his elimination, as payback for the reputation damages he caused Marmion’s Company.

I’ll will expand on this list regulary, so make sure to check it out every once in a while.