Just exploring Bangkok in H3 and noticed a bit of a downgrade in the level of detail. 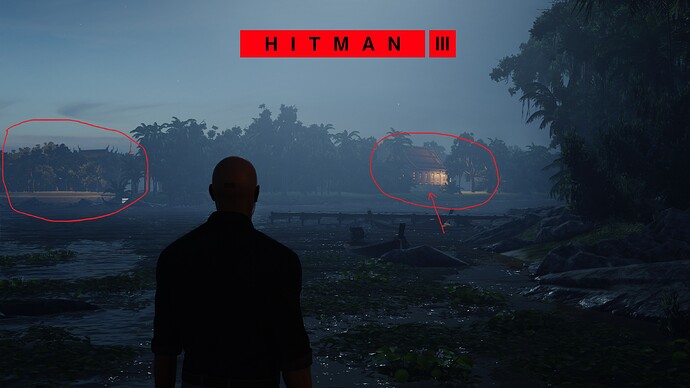 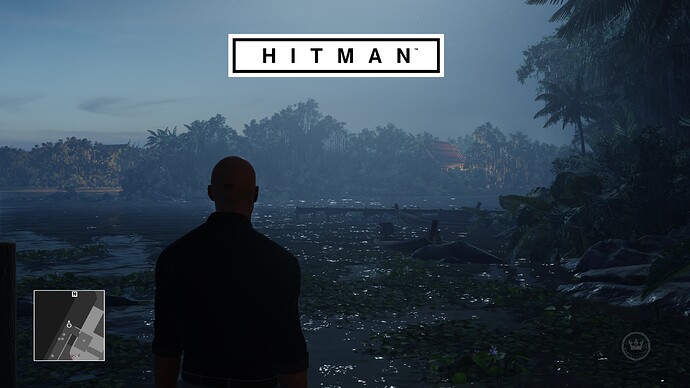 Anyone else feel this should be fixed?

just looks like some of the textures went missing. im sure they could fix it if they want, but nobody ever looks there lol

Lol yeah, just something I noticed. I tend to look for those kind of details in games. A bit picky I know.

This is a very controversial decision. They could have made these changes for lower graphics settings. But these problems are visible even at ultra settings. Let me remind you that 5 years have passed since the release of Hitman 2016. Many have updated their PCs, but at the same time, the level of detail has become worse 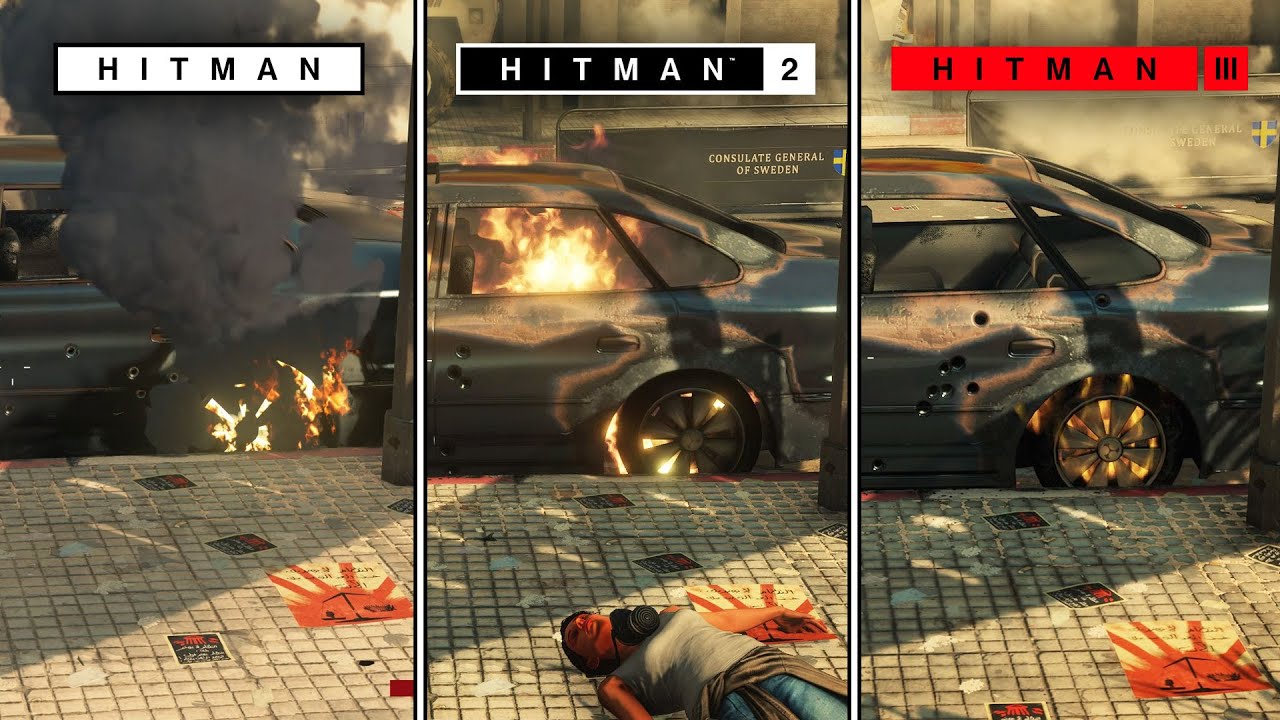 I hope IOI is able to fix these things in a patch maybe?

The smoke and other things in Marrakesh as well. 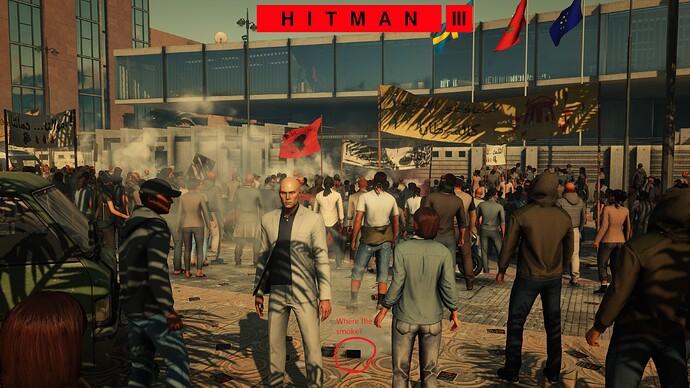 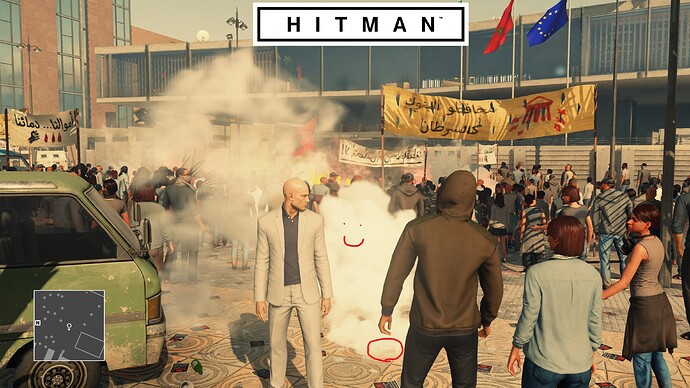 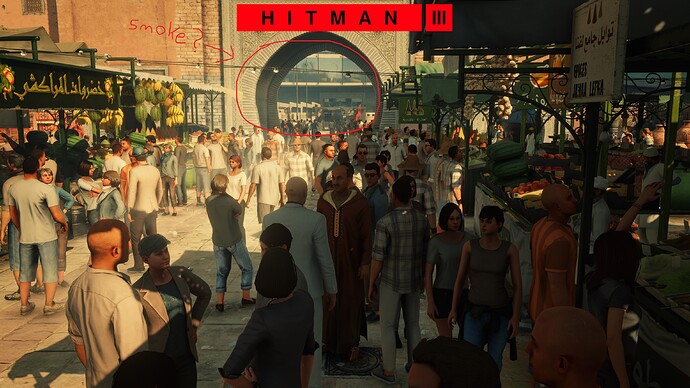 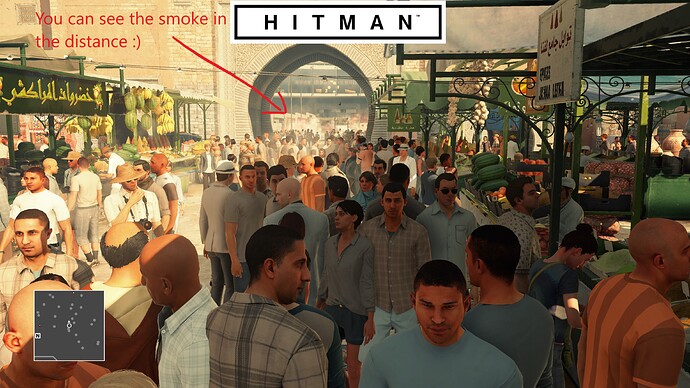 It looks like the NPC density was downgraded as well

What I also found interesting was H1 ran a lot better. H3 not as good. It could be the new lighting system H3 implemented as well as the upgraded reflections. But overall I’m not sure.
Just to clarify I’m running the PC version

I wanna say H2 started these downgrades, and I hope they’re reversed in 3’s patch cycle.

H1 should run better because of H2 upgrades in other areas like lighting and shadow. In my experience Hitman 3 actually runs as well as 2 though, if not better.

They definitely lowered the LOD distance on PC with “ultra” settings though, especially for vegetation. It’s really annoying, and is hopefully a bug that is fixed rather than some kind of forced downgrade for reasons I can’t fathom. Ultra detail does work though, you can compare it to high on stuff like the castle walls in Sgail and see.

Loads of maps seem to be missing distant textures and such. Miami is another example we’ve seen, where some of the faraway buildings appear flat and grey.

Absolutely agree. I play Hitman for the immersion and little downgrades like these are a little disappointing. Love H3 to death, just would love to have these little things fixed.

I hope it’s a bug too. I wasn’t sure if I should post it on their bug report forum.

I would not have hoped for that. At least until more people ask the developer about it

As for the smoke in Marrakesh, they changed it back in Hitman 2. They also lowered the level of detail of the windows in Sapienza. The funny thing is that the menu uses a new background image (church and villa without windows) 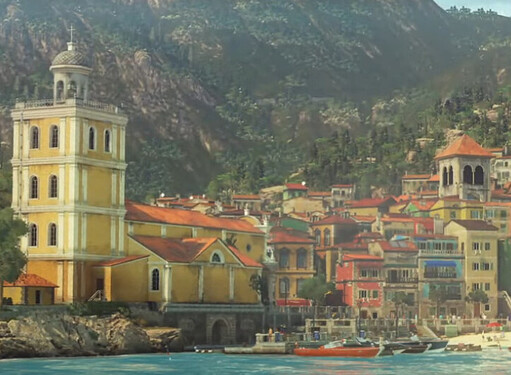 I posted the Whittleton creek grass there, hoping it’s a bug. That’s the best place to get IOI’s attention I believe.

Yeah it really pops in H1.

Cool. I might bring these photos to the bug report forum as well

and I hope they’re reversed in 3’s patch cycle.

I hope so too. I waited and believed when they will return detailing to Hitman 2 during one of the updates. But that didn’t happen