PC VR
HITMAN 3 launched with support for PS VR and we’re happy to bring HITMAN VR to PC in January 2022. Full technical details, including the platforms that we’re supporting will be revealed before Year 2 starts on 20 January 2022. 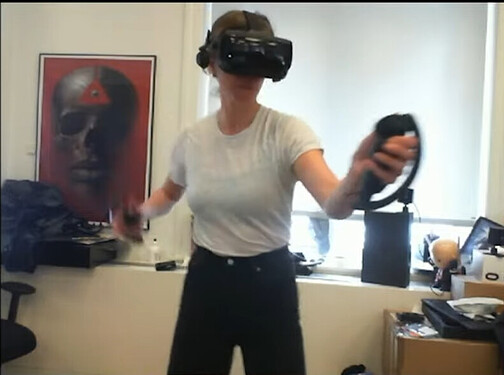 Discuss, and speculate a bit before release!

Hope IO won’t miss the opportunity again to let the player hold a weapon in each hand. But damn it feels so good knowing that I was right about VR coming to PC only when they would make the game available on Steam. Suck it Sweeney!

Are you planning to get it?

I’m probably the most vocal VR player here… it took a month and some change to get skilled at it, but I absolutely love it.

I have chosen VR over standard play pretty much full time.

It is difficult in all new ways:
Limited field vision (1st person POV)
No quick cover button (have to find your own cover)
No Instinct mode (seeing outlines thru walls)
No mini map

Once again, my only recommendation is a easy Equip/UnEquip button.

I didnt want to buy a VR headset until now, only planned on using it for racing sims, but if Hitman 3 VR hits, the reviews / gameplay are good, and money is there, I definitely will buy a used headset and play it. I always wanted some sort of immersive, stealth / assassin game for VR in the scope, attention to detail and “realism” Hitman has. This is a dream come true, especially since they ditched the controler motion control and go for two hand control now.

If they now add an button to let the empty magazine slide out and we have to insert a new one, I will tape that VR headset to my face and play Hitman like John Wick for 15 hours straight.

Nah it was always going to happen since the game was clearly designed for it. If you pull your game profile data from the servers, the game by default sets your VR platform to “Oculus” until you launch the game in PSVR, at which stage it gets overwritten with “PSVR”.

Also Hichkas: won’t be getting into it

This announcement absolutely sucks, because I’ve never paid much attention to VR before and now I have to do a shit-tonne of research into what would be the best PC VR headset for me to buy so that I can experience the WoA in a whole new awesome way and punch a sausage in Sapienza and OMG OMG IT’S FINALLY HAPPENING YESSSSSS!

Also, to quite a huge extend,

And just to be sure no one misses my point:

I noticed watching the announcement trailer again that in the VR segments, they had modded the ammo on the guns to 999.

Hope IO won’t miss the opportunity again to let the player hold a weapon in each hand. But damn it feels so good knowing that I was right about VR coming to PC only when they would make the game available on Steam. Suck it Sweeney!

Steam, Epic and Tim Sweeney has nothing to do with this? SteamVR (which i’m going to assume is what they’ll be using) isn’t launcher specific, Tetris VR uses it on EGS with no issues. This has everything to do with Sony and their exclusivity deal, not Epic’s. You’re saying “suck it!” to the wrong person.

VR is still a bit too pricey for me. Something I don’t mind about all this is the PSVR exclusivity is that it is one of the more accessible headsets, even if it comes at the cost of being the worst by default, so IOI can gauge if PC players would ever want it, based on the reactions of the PSVR version. And hey, you may as well get paid for your experimentation.

VR is still a bit too pricey for me

Eh, I paid about 200€ for a used rift (original version), and it’s great. You don’t need to dump $1000 on a brand new valve index to play vr enjoyably, cheaper ones work just fine. WMR headsets are for the most part very good, and provided you can find one used, also very cheap.

looking forward to playing hide and seek with guns in VR!

they probably won’t do this, but it would be nice if they fixed the dumping bodies into a container VR animation before it goes to PC. as it is, the screen goes black for like a second and it’s kind of weird. I think they do this so it’s not too disorienting for the player but it still doesn’t look right imo. just make the dragging a more interactive experience

I do hope they add comfort settings for those with better/worse vr legs, like a toggle that allows/disallows forced movement actions such as dumping bodies, as well as the usual ones like snap/smooth turn and teleport/smooth locomotion (I assume they’re already in psvr as options, but I don’t own it so can’t tell)

Adding PCVR feature for HITMAN 3 is definitely a clever move that will bring a bigger audience into the game for sure!

Even i who is not a kind of VR person is tempted to give it a try.
It feels like a whole new way of playing HITMAN with such immersive possibilities!

Looking forward to try this

If the game supports hand movement/tracking - then the FIRST person to ever get this needs to try taking a human shield.

Grab them from behind with your left hand, then aim (or whatever the game will let you do) with your right. Or even hit them in the head.

This would go along great with the ability to dual wield guns. How else is the game going to interpret such motions?

It sounds amazing, but I’m still not sold on VR devices because of the eye strain. So I probably won’t be getting it anytime soon.