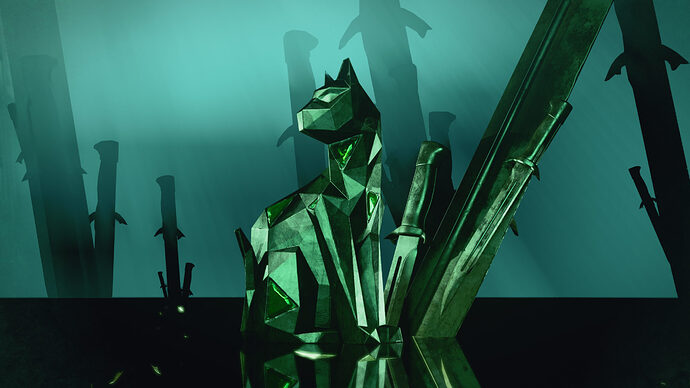 So, am I right that the Sgail bug with missing Grey at the start is again not resolved?

Wall Hack
We’ve resolved an issue where Agent 47 could be spotted through walls, notably when hanging on roof ledges.

Didnt notice this. woohoo! Glad that got fixed

That is Ghost Mode-type escalation awaits in this one, huh?
Well, okay, but still, original Ghost Mode wins with devastating score

Deadly Sins Campaign
We’ve added the Seven Deadly Sins content as a campaign under the Side Missions menu, and put it front of the queue.

It might not be much, but damn that will be useful. Especially with the last escalations. They have geniune replay value and were not that easily identifiable or quickly accessible.

Not trying to be that guy but there already is a thread. Lock and purge either of them @moderators .

Gas Mark 9
We’ve resolved an issue where it was impossible to create gas leaks in one of the kitchens in Dartmoor because the stoves would explode immediately after creating a leak.

Good, good.
Better late then never, but it wouldn’t return a successfull kill of an ET.
I would vote for those players be able to kill them in the reactivation period

This one seems to be picking up activity.

Not too much, but some stuff is nice

Gas Mark 9
We’ve resolved an issue where it was impossible to create gas leaks in one of the kitchens in Dartmoor because the stoves would explode immediately after creating a leak.

Too-Quick Cinematic
We’ve resolved an issue where it was possible for a guard to trigger a cinematic instead of Agent 47. Contractually, only the protagonist (47) can progress the story of HITMAN 3.

Paris: Door Prompts
We’ve resolved an issue where several doors in Paris had a prompt to ‘open’ that Agent 47 couldn’t reach, meaning that only NPCs could open the doors. The prompts are now back within reach.

We’ve fixed an issue where it was possible to acquire a Sieger 300 Tactical in the Mendoza location with drastically different properties than intended after performing certain actions.

That sounds interesting! Anybody knows what the issue was? What properties did the rifle have? And what actions were necessary?

Contractually, only the protagonist (47) can progress the story of HITMAN 3

I love how they always build in jokes like that.

“You can go home when you finished coming up with funny puns for all updates and fixes!”

That sounds interesting! Anybody knows what the issue was? What properties did the rifle have? And what actions were necessary?

Could it be this by any chance?

Things About Hitman You Just Found Out Hitman General

Okay so I just found an interesting glitch/exploit on Mendoza that I’m dubbing Immortal Watermelon So basically I was mucking about in Mendoza and found if you blocked the snipers shot then they’d just repeat shooting forever [Immortal Watermelon] Then I discovered if you do this then you can steal the sniper rifle and it will continue firing wherever you are pointing BUT as if it were the sniper firing. So any kills are labeled as accident kills. Thus you have a long range free a…

Is it just me or there’s no option to turn shoulder swap on on PC?

Edit - Can confirm, the option is in the controls menu, not the gameplay menu. Had to connect my controller to turn it on

I wish I could, but that’s how it is. How’d they miss that is what I wanna know.

Bahahahaha. IO has trolled/failed quite hard here depending how you look at it.

Suspicious meter sound isn’t playing either. Something is seriously wrong with this patch