Clearly polite requests are being effective so now we are escalating to flags, prevent accounts from posting and likely suspensions.

It’s how the forum remains a civilized place for civilized conversation.

But who decides a post contributes nothing to the discussion ?

These people, how are all chosen for having outstanding judgement on such matters.

Totally on board with following the guidelines. Just have a couple of clarifying questions.

Was the post removed for being uncivilized? Or because it was deemed to contribute nothing to the discussion?

Is it against forum guidelines to repeat similar ideas across multiple posts (aside from spamming, which is clearly unacceptable)?

So you removed comments that clearly was receiving consensus judging from the “hearts” given, just because for you they weren’t adding anything to the discussion?
Ok it seems very fair to me

Was the post removed for being uncivilized? Or because it was deemed to contribute nothing to the discussion?

The comic post - largely because it contributed nothing beyond another variant on conversation that belonged in the the other thread, and was essentially just trying to use the forum to throw shit at IO Interactive.

Is it against forum guidelines to repeat similar ideas across multiple posts (aside from spamming, which is clearly unacceptable)?

The important distinction is similar.

Someone posting their thoughts then following up with the same essential stance but elaborated or different reasoning, is fine - especially if it contributes to the conversation. (eg a post about not liking deluxe escalations because it feels like jumping through hoops to get content you paid for follow by a post about they also don’t like them because in their gaming circle, many players who would probably come up with the most interesting runs/ideas do not have them so it makes them feel like its poor distribution).

What is not welcome is simply repeating the same simplistic message over and over in variations hoping it will direct the conversation or convince people there is an overwhelming concensus.

Much like the posting content that makes people feel unsafe or unwelcome, its a rude and uncivilized way to try to police the conversation without actually contributing.

The forum is for civilized conversation and likes given to a post are in no way an indicator of that, It is also not a democracy.

I would much rather the forum be a place where everyone who loves Hitman can have a civilized conversation than be a place were people who consider the minimal approval of 20 - 50 strangers are allowed to wallow in base behaviour because it’s “concensus”.

If you disagree with that - well the link above will take you to the appropriate thread to dispute anything.

I would much rather the forum be a place where everyone who loves Hitman can have a civilized conversation than be a place were people who consider the minimal approval of 20 - 50 strangers are allowed to wallow in base behaviour because it’s “concensus”.

Also I want to point out there are some examples out there where even large “consensus” among people did result in… not civil things.

I thought this escalation was only 1 part of the season of greed.
Pretty sure in the patch notes they mentioned doing some kind of roadmap next week. 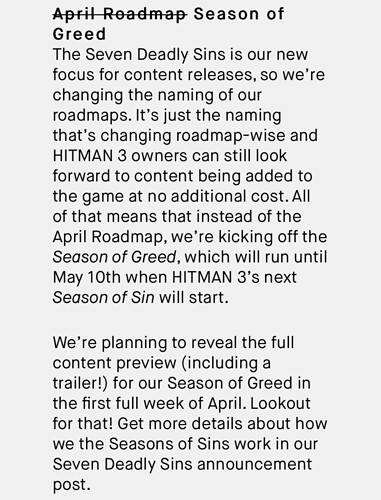 I believe the rest will be accessible for all players so this will be the only premium content till next the Sin comes.

Well, here’s hoping were both wrong about that

More going by the initial IO News on this

“– Each content pack includes a new contract and sin-themed unlockable items
– The first sin is Greed and is the first content pack, Act 1: Greed , will be released on 30 March 2021”

Plus the Epic Store Page
“Each of the seven content packs introduces a new contract, unique suit and sin-themed item that can be used across the World of Assassination.” 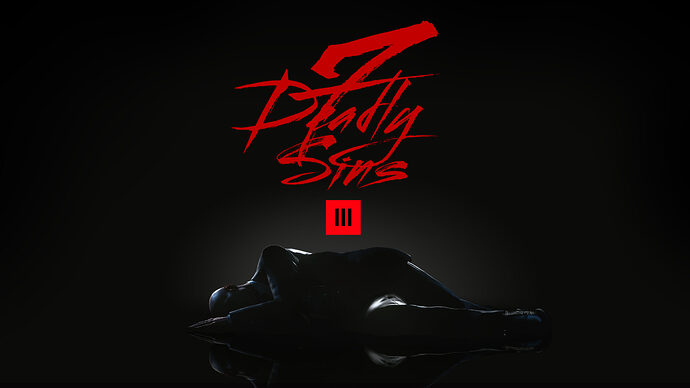 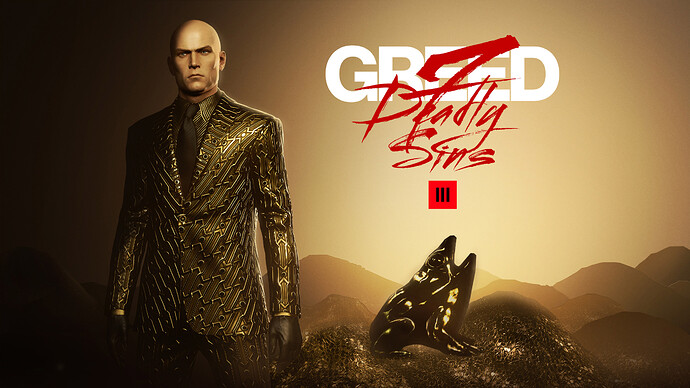 So there will be other content. Good, I’m happy. But, please, not only escalations

IOI seems to have indicated that the escalation, suit, cane, and coin are the only paid content in the Season of Greed portion of the road map. Everything else released in the next 4-6 weeks will be available to all players for free. We do not know what the other six sins will contain yet. The consensus seems to be that all 6 will be escalations but that is not known yet. It has been inferred from the price (all seven seasons are priced equivalently) that none of the sins will contain content beyond escalations and unlocked items.

In IOI’s press release, they say that each season will contain a “visually distinct contract” and later they say that Greed is focused on an “escalation”. Their choice of wording could mean that other sins may include something else than an escalation but it is unlikely to be a full-blown bonus mission and will definately not be a new map, based solely on the cost. All sins are likely to be fairly equivalent in terms of content.

That said, we won’t know for sure until we hear more from IOI. Any guesses we may have as to what the other six will contain are only guesses based on what we know right now.

I’ve got a question for players who have played the ‘Greed’ pack: do you feel that, overall, the escalation is repayable in different ways? Or is the kill criteria for each target very linear and precise?

I ask because I, like most of us, have been playing the new Berlin escalations recently and, whilst I appreciate that they are very well designed, suitably challenging, and rework the map well, they make me realise that it is the freedom to choose what equipment I bring to a mission, and thus the freedom of approach, that fundamentally offers replayability for me.

Is the escalation replayable in different ways? Not really, but also sort of. You can choose to exit the mission at any point after the first kill in each level. You can choose to use the coins to get the ideal weapon to fulfill the kill requirements or you can search the level and find a different tool/weapon and keep the coins. Aside from those choices, it is pretty linearly structured. The only way to get all of the challenges is to keep all of the coins across all three levels.

I’m excited to see what awaits this month. While the Greed contract wasn’t too complex, the reward of the cane and it’s gimmick of giving coing when you hit someone with it is pretty fun. Eager for what Wrath will bring to the table…

I’m eager to get to the next sin already and see what they do with Pride (it’s listed next in the Seven Sins video, and I assume it’s no coincidence they’d plan to have Pride be used during the month of June as a marketing gimmick).

I’m guessing that piece of content might have to do with Disguises in a way? I can’t think of what Hitman mechanic could revolve around Pride/self-worth.

(Though, maybe the next sin isn’t Pride. I know Hitman and IOI love dark comedy, but I wouldn’t want them to get into hot water by advertising their new “Pride – A Deadly Sin” DLC during Pride Month (all about recognizing and lifting up the LGBTQ+ as not sinful people. It would look kinda bad taken out of context?)

Expect Pride to be the deadliest and revolve around 47’s excessive belief in his own abilities.

Make it so you can’t trust/rely on instinct vision or dots above enforcers. Players grow full of pride and think themselves above the enforcers as they learn the level layouts and placements. Time to take that away