This is a random personal project that I am considering doing in my spare time which I have had planned for a while since the 2016 game. I basically wanted to record levels within the game but in the style of a movie i.e. from different angles, as little HUD as possible, zooming in on npc conversations as they are taking place rather than just constantly following 47 etc.

My plan was to play realistically by walking around slowly rather than speedrun style and only kill targets in traditional ways which would fit into a movie such as the kills available in most mission stories. At the moment it is just a concept and I’m not sure I will carry on with it because it takes up SOOO much time and is really awkward to do because you have to keep reloading saves and recording things from several different angles where appropriate, however it is strangely addictive.

An idea I had was to do multiple videos of the same level where 47 would use different methods each time. For example in Dartmoor - In one video he could kill Alexa in the safe room and in another he could snipe her into the grave but each method would be filmed in the same movie like way.

As I said, at the moment this is only a pure concept where I wanted to test out what was possible so it is only a rough draft of half of the Dartmoor level at the moment (I have turned off the music too) but I just wanted to see if anyone here liked/hated the idea or had any advice or suggestions:- 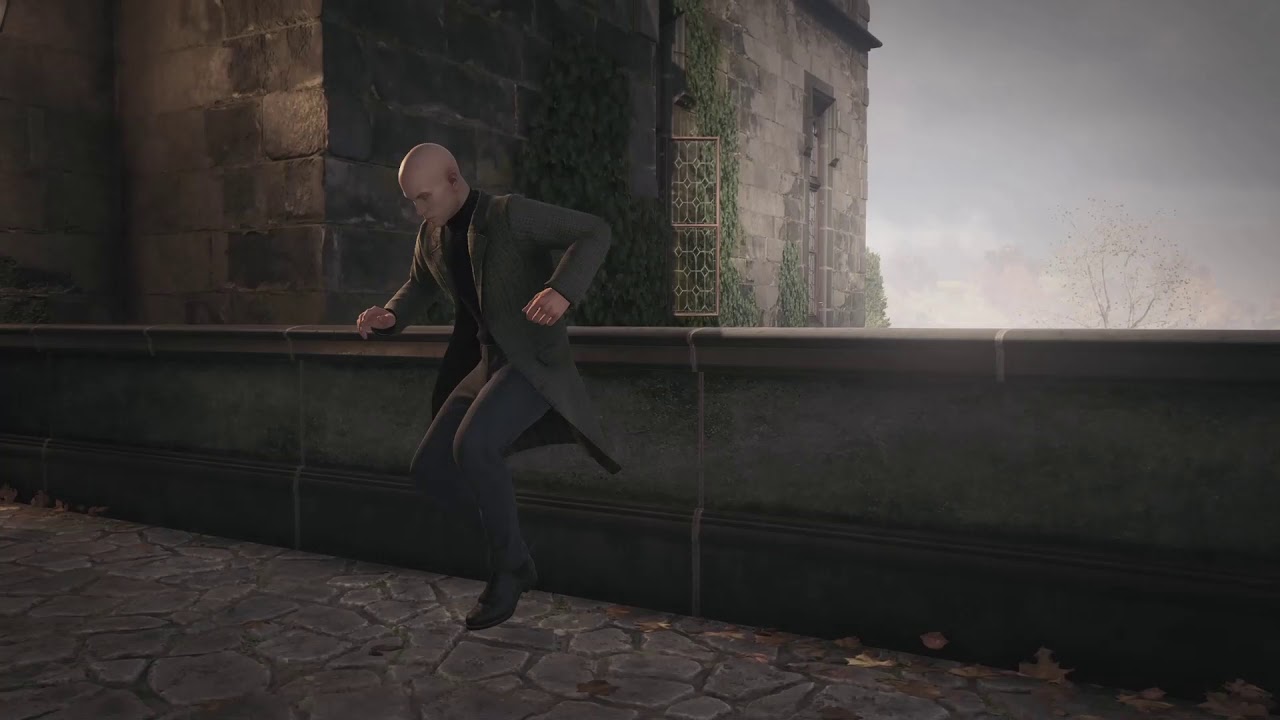 You need a lot of camera angles though for all the Targets and supporting NPC’s.

Thanks soup. I’ve always wanted to try it out but it is seriously long winded. Wanted to get a full level done but just that part took me all afternoon almost and then I thought “that’s enough of that for now” ha.

Yes. It’s pretty much like using Peter Molyneux’s THE MOVIES. You run the same animations hundreds of times to get different angles since you can only use one camera at a time and you end up with about 10% of them in total in the final edit.

I had a similar idea before but abandoned it because the render’s quality wasn’t satisfying with my setup. Glad to see someone doing it!

Alright, I don’t want to be too nitpicky, but here are my thoughts about the video.

Also, I think using the cover system more while sneaking around would make the scene more dynamic.

I was thinking about it, a movie with canon kills and cutscenes. It has to be edited though.

Focus of the video
The focus is on 47 too much, making the video look more like gameplay. I don’t think it’s necessary to show every path 47 goes. Sometimes, it might be better to show only what he did without how he did it.

Yeah also on that point I don’t think it’s necessary to let everything play out in real time. Films and TV usually establish something and then cut to the end. For example following the detective all the way to the house isn’t necessary, you can simply show to detective at the main gate and then cut to him entering the house. The audience doesn’t need to see him just walking or likewise with 47 slowly sneaking

Sorry, not trying to be too critical

well done on what you have so far

What I may do is record a video/audio file with just the wind for the outside sections then a video with just the music and layer them on top of each other if that makes sense. I’ve noticed when people make these type of machinima videos they usually just play a constant song in the background and now I’m starting to see why

Definitely going to redo the whole thing soon. This is just a practice run. Hitman is the perfect game for it because of its short length.

Ye this is why I’m constantly thinking about what is canon. It seems most likely that certain mission stories or variations of them are most likely to be canon I think. Although it is definitely not 100% I noticed in this game during the flashback in the last mission they seemed to indicate that certain kills took place in Hitman 1 and 2:-

I had an idea for a video where I would look for all clues in all levels where npcs refer to previous kills to help show evidence of what is canon and what isn’t but never got around to it.

Thanks Contractor. I know what you mean. I did an original version which was much more streamlined where it basically showed 47 at the start with the mission title and next thing he was climbing into the house but when I played it back it kind of looked like he teleported there

I had this problem in general where if I didn’t show him moving along it looked like he had teleported ahead in the next scene ha. I agree that it could do with more cutting down though because I wanted to capture the feel of the game but in a movie style but it is very hard to get the balance between the 2 so I need to solve it without making it looking either too long winded like it is now or too choppy.

I’ll probably make like a list of ‘necessary’ scenes and focus on those then fill in the gaps.

For reference here is what I’m going for. This is my ‘normal’ playthrough of the level where I try to play realistically. I essentially want to turn this into a movie style machinima. When we usually do speedrun style playthroughs we play as though 47 is psychic but my idea in this case to make it realistic was that 47 should act as though he has no previous knowledge of the place which actually seems to be the case in the story. So he would ‘scout’ Alexa Carlisle and then by following her find out about her safe room and make his way in there to kill her:- 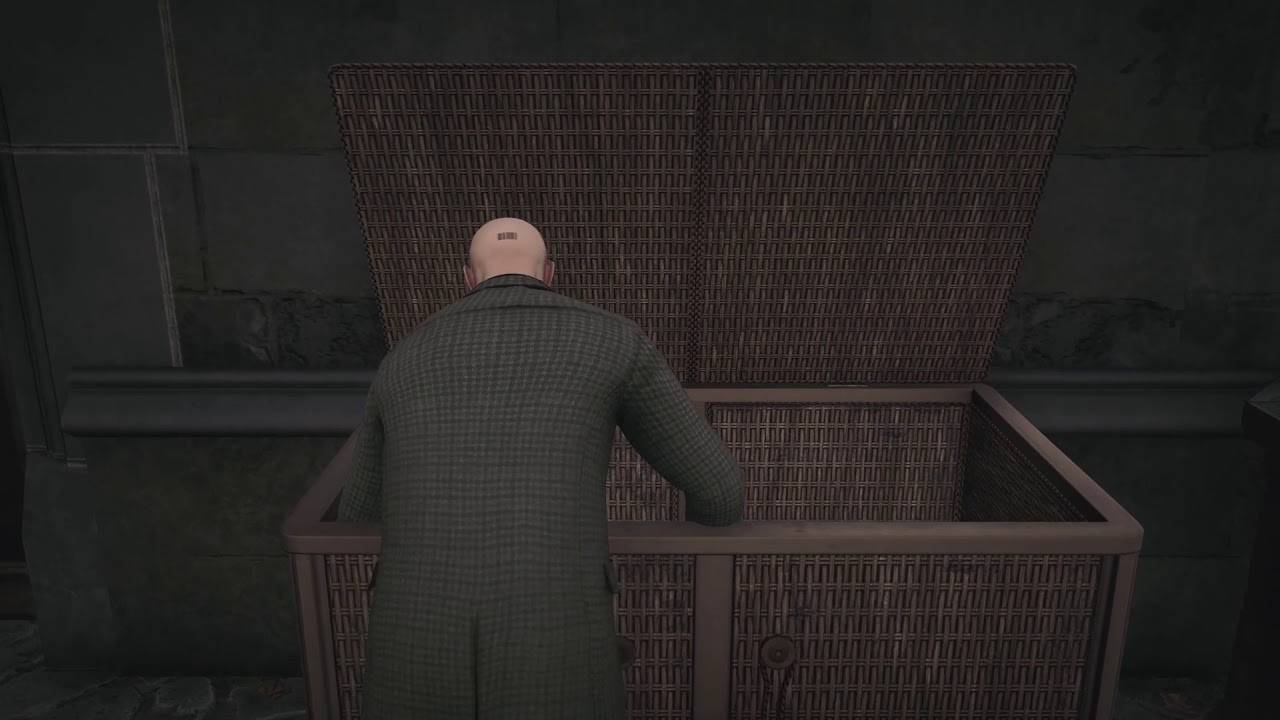 I support you for this project.
May I suggest to add some in-game ambient music and effects ? Perhaps Salem (amazing) OST videos on YT can help you ? 'Cause, like for a regular movie, it can become boring without audio stimuli, that also underline the actions on screen.
Which software do you use for your free cam, please ?

You’ll also have to deal with one thorny challenge : what is the “canon” assassination for each mission ?
The game director talked about it : https://youtu.be/A9qhP07K7DY?t=200
They think there is. For Dartmoor, for the purpose of originality, I think the cushion kill in the red room is the “canon” kill you could use for SA/SO. My advise (or when she kills herself after you announce that Zaccharry committed suicide, disguised as the detective).

Thanks very much Force. I thought about that as a possibility such as maybe the soundtracks from the old Hitman games. What is Salem by the way? The Marilyn Manson song?

I use Nvidia Ansel but also use a mod that allows you to unpause the camera when Ansel is active.

Wow I can’t believe I missed that. Thanks. It is great to know that the devs did have a canon in mind. We should harass them into letting us know what all of the canon kills are

I agree that the cushion kill seems the best in Dartmoor too. That is my usual method as you can see in the video I just linked to TheContractor. The rest seem too long winded compared to the cushion kill and feel like they are more for enjoyable gameplay and level exploration than being canon.

What is Salem by the way? The Marilyn Manson song?

Ah right. Thanks William. I’ll check those videos out. I was imagining 47 sneaking through levels with different Manson songs playing in the background and was thinking - I’m not sure that’s gonna sound right

Those Salem videos are perfect Force. That is just what I wanted thanks

You should consider extracting audio files yourself. That way you would have access to all individual music tracks, sound effects and even clean dialog files.
It’s way easier than what it sounds like, especially thanks to @Notex’s fantastic tool. Sorting everything out is a bit time-consuming but it would definitely be worth it for your project.

An update is coming soon that adds a GUI and also provides names for most of WWEM and WWES (And many other file types). All the music has “Tempo: ##” names so it’ll be easy to find all the music now instead of having to go through heaps of files. Also I should mention I’m not the developer of the tool haha, just providing hosting for it.

Thanks Salem. Great tracks on your channel. I was planning on doing just that so I’ll look into the tool. I think because of things like the wind sound effects I will likely have to either extract the wind ‘track’, the music track and then layer them on top of each other in the final video.

Sounds good Notex. At the moment I’m trying to figure out a way to move the camera with the keys while controlling 47 with the pad like I usually do OR to be able to lock the camera in a fixed position while moving 47 with my pad.

At the moment when I move 47 with my pad it also controls the camera. I don’t suppose you know of anything that helps this?