There’s 20 days left until the release of a brand new Year 2 slate of content!

Use this thread for your memes, art, and general hype for the event as we wait for those juicy previews and patch notes to drop…

I’m so excited to see how the Safehouse will work! That’s a feature from the older games that I really missed in the new trilogy. Hope one day we get the Dual Ballers so we can display them in there, too… 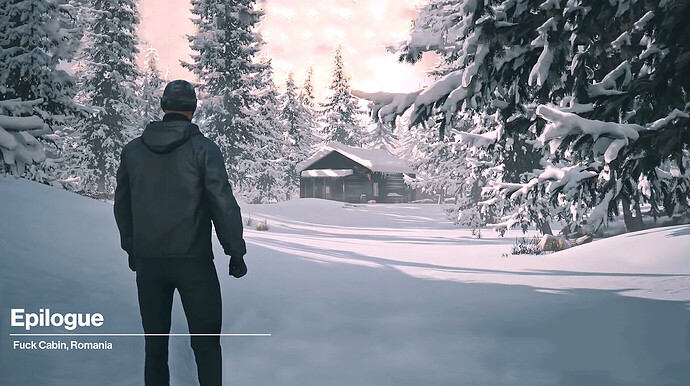 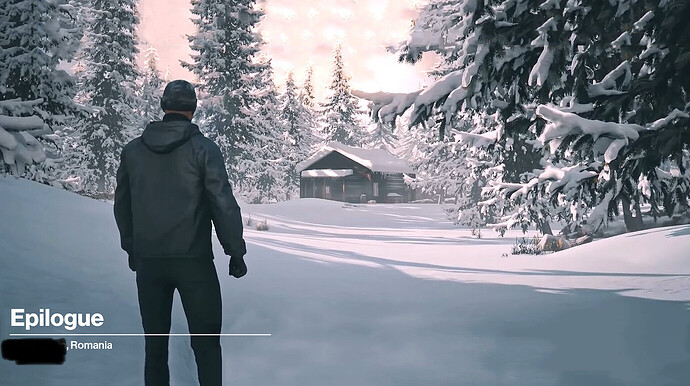 Since some Leaks for Future Content already showed possibly returning NPCs with Edits such as Different Heads or New Accessoires, I plan on drawing Two NPCs for each Location, just not accurate, but different. I did the first two for Bangkok already and since there aren’t accurate this time around, I’m taking Requests for everything, Targets, Non-Targets, even Rocco if you so wish. (I do need two NPCs from one Location though and every Location only will be featured ones.

TL, DR: Suggest me to NPCs I should draw in 20 Days with a Twist. Bangkok is already done.

oh man, memories of when i said the same thing for 222 days when hitman 3 was announced. This may be less days but i feel the same hype behind it

looking forward to it

Hoping for another face to face meeting with Agent Smith and Lei Ling in the flesh. Fingers crossed

I’m very curious to see what they’ll do for free stuff this year. I hope they’ll do more seasonal events besides bringing back The Berlin Egg Hunt, I still have fingers crossed for a Chinese New Year event in Chongqing or a Christmas event in wintery Whittleton Creek. I also wonder if the DLC maps will get more support than a single escalation like what New York and Haven Island got. The most important question is, if Year 2 is really successful, is a Year 3 possible?

I think we might still get a new seasonal event or two this year, since they seemed to enjoy making more of them this time (see: one more than usual), along with the usual re-release of all the old ones every now and then. It does provide a good chunk of content they can use as a big block on a roadmap.

I do hope that since we’re getting both winter seasonal events already, and we know we’re getting 12 months of content (up until December 2022), there’s something in the cards for a new Winter or Halloween event in the end of the year, since it’s been asked about by fans since Hitman 2 (usually involving Whittleton Creek).

Hoping to make a lil poster on where this modern series started. Just got the outline for now, but I’ll probably get a creative boost at 1am, as I usually do…
Yes, I felt inspired by @canonically47’s self-made image posters 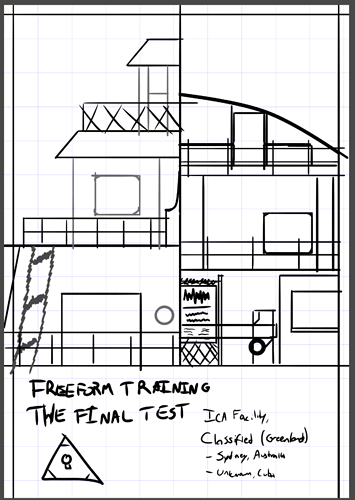 to quote ort-meyer
“You are an excellent pupil — it’s a pleasure to see you at work. At this speed you will soon have perfected your skills. I’m in awe of your efforts and results.”

I mean, thank you, Khakiasp.

if Year 2 is really successful, is a Year 3 possible?

Oh and the girls with the shiny pants and sash working for Abiatti!
@DrMekar

You gotta pick one of those two, since I’m already doing a Salvatore Bravuomo inspired NPC.

I took ‘countdown’ a little seriously 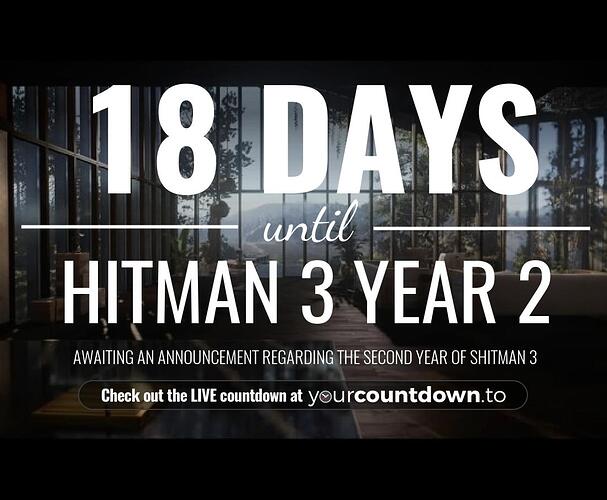 Countdown To HITMAN 3 YEAR 2 | Awaiting an announcement regarding the second...

Counting down the days, hours, minutes and seconds until HITMAN 3 YEAR 2

Any one of them. Doesn’t matter. If you don’t want to decide then how about the one is taking photos with him as soon as the level begins?

I was talking about those. I will only do one of them, since I’m already doing a Salvatore Bravuomo inspired NPC. Regarding which one I pick is up in the Air anyway. I don’t haven’t done Female Caucasian Faces from H2016 besides Arina anyway, so I don’t know yet, if I will make a New Head for that or go with one I already got.

the girls with the shiny pants and sash working for Abiatti