I’d imagine finding out how to make the high-res stuff installable would be a problem though, I’m all for high-res stuff, go for it if it isn’t a pain in the ass

Hi, does anyone know how to change NPC models in mission 2 “Meat King’s Party” like in the beta-version picture? 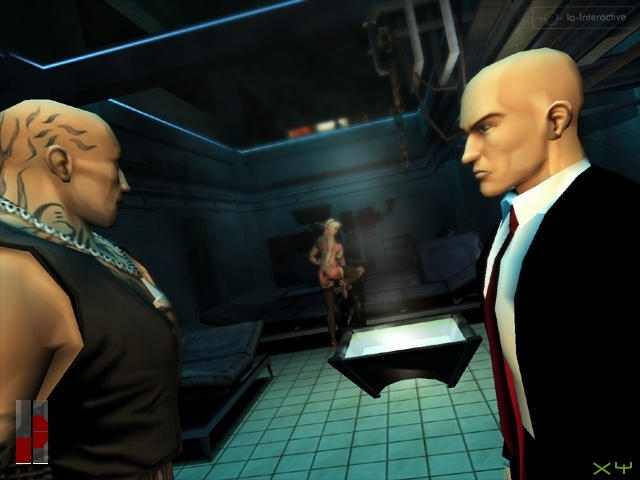 Would it be possible to investigate why Beldingford Manor cannot be completed faster than 2:00? This has bugged me since I started playing this game.

There are 2 contracts prototype from 2004 for ps2 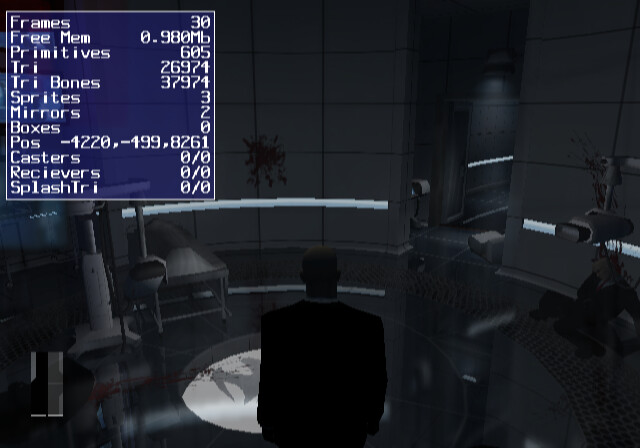 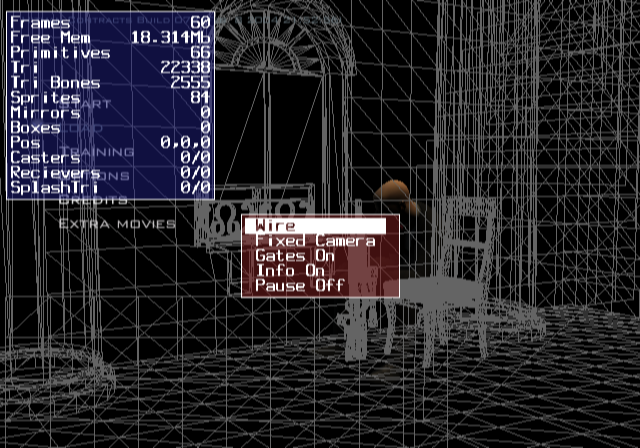 Playing it right now. I’ll list some of the changes I noticed

Belu still has those lines in final, it’s just the raw voice acting in here, they hadn’t edited their audio yet.

The meat king has different dialogue when you go into his room with the chicken. He tells the girls to leave once you press the prompt to give him the chicken, they don’t leave automaticially like in final. It’s also not working yet, you can keep pressing the prompt and he’ll keep repeating that line even though the girls are gone. 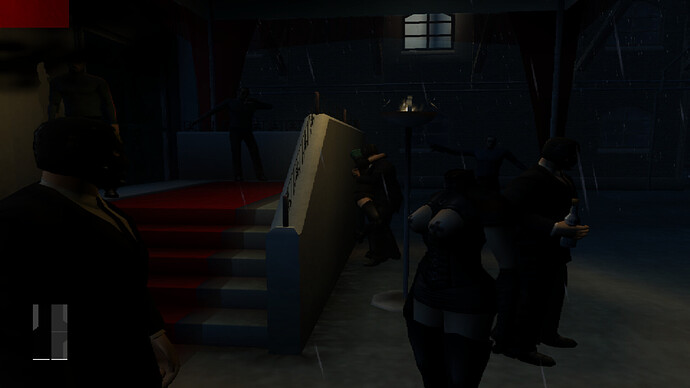 I also don’t remember a large enemy type for the orderlies. 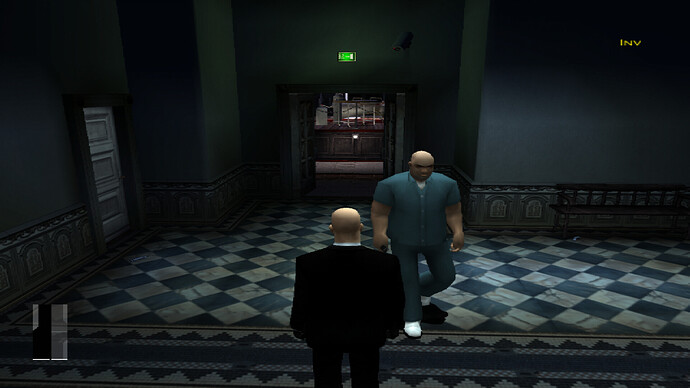 Which mission do you mean?

I also don’t remember a large enemy type for the orderlies.

x-tra thic if you ask me.

Hello! I am planning to make re-skin of some NPC models (overhaul retexture-mod), I am using tex.editor. All works fine, but there is one issue: when I change hair color of female in mission Hunter and Hunted - this happens. Does anyone knows what can be an error?
And btw, does anyone knows how to enable stun-gun in all missions? Thx! 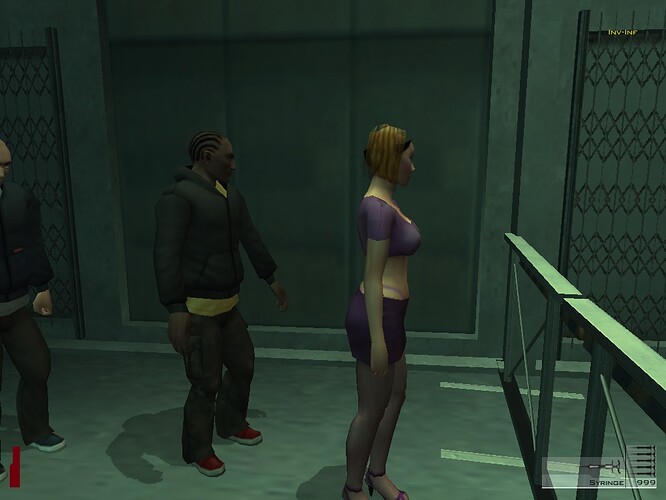 HOLY MOTHERFUCKING SHIT THEY KNEW I WEAR THEIR OUTFIT ON CAMERA, THE PLACE WHERE U GET SWAT DISGUISE IS WATCHED BY A CAMERA

You mean this one? It’s in the vanilla game as well. But even if it catches you taking the SWAT outfit, they don’t react. 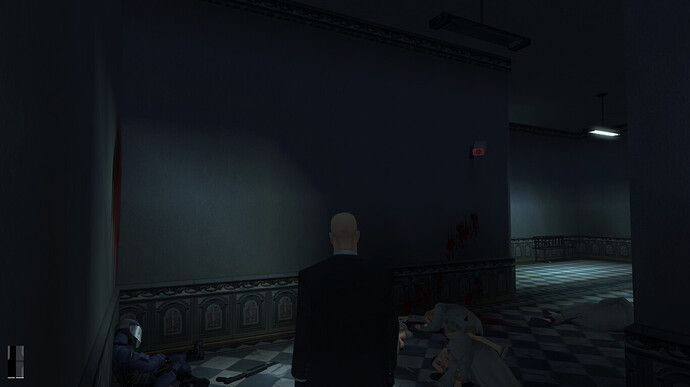 I figured I’d try and assemble a relatively complete collection of beta images, since I already have to eventually.

I did this on a whim but I still tried to ensure the images were the least compressed, highest quality I could find at the moment with reverse image searches and such. I edited external watermarks out of about half of them (while not actually tampering the original image).

I only included images taken by IO Interactive that I could confirm have/had an IO Interactive watermark. I know for sure there are definitely higher quality, differently colored, unwatermarked versions of most of these, I came across some in the past as well, but these are what I could find these past two days. It’s more of a collection of all IO images honestly.

I just recently got the Contracts “iGuide”, there was a section in it that was advertised as “Hitman Gone Wild”: exclusive, racy game content that was cut from the game in order to achieve an “M” rating". 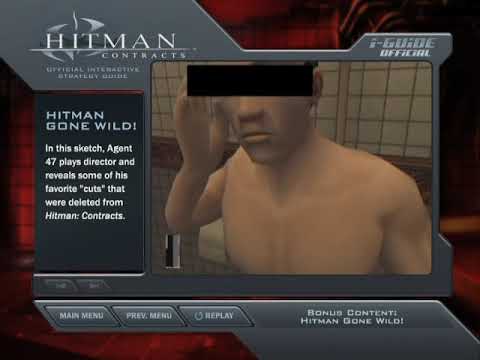 In the PS2 prototype, you can still see the uncensored textures.

This also explains why the girls in Meat King had to be censored. It seems they also forgot to censor the girls in Hunter and Hunted. 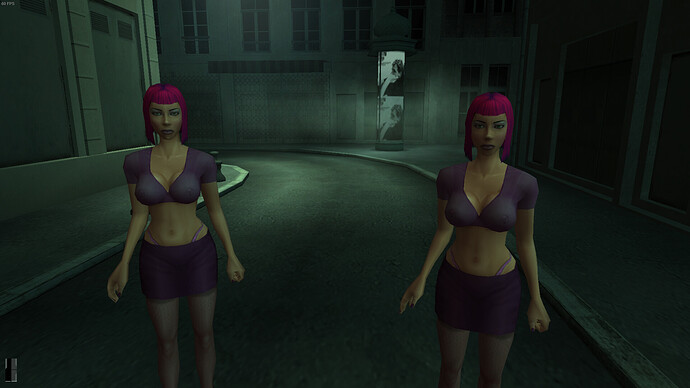 Any Idea if we can download the iso for the prototype?

What’s interesting is that the mime on hunter and hunted shares the same voice as 47. this can be verified by shooting him and listening to his pain sounds. he sounds just like 47

Oh, yes. you are correct about that. I’d forgotten about the butler

I think that’s just a bug. The butler has other lines with a different voice.

it was only in the cutscene he has 47’s voice when he hands the whiskey to Alistair.
“Very good, sir. Coming right up.”

I always wondered why 47 screamed differently when he was shot in contracts. Turns out they misplaced a npc’s pain sound with 47’s