Gameplaywise i think that WoA is near perfection for a Hitman Game, i just want them to step up their Story telling to be on par with that.

As much as the Gameplay has improved over the years, the Story writing got worse and worse, HITMAN 3 is on the right way but it is still handicapped by the utter garbage that HITMAN 2s Story is.

Then why did you eliminate Death in the Family so soon in the previous game?Solely to help Franz?

Janus can go fuck himself tho.

He has a great personality,but I guess you don’t like him because of the retcons,right?

Then why did you eliminate Death in the Family so soon in the previous game?

Because Dartmoor is just not as good as some other (WoA) Maps.

guess you don’t like him because of the retcons,right? 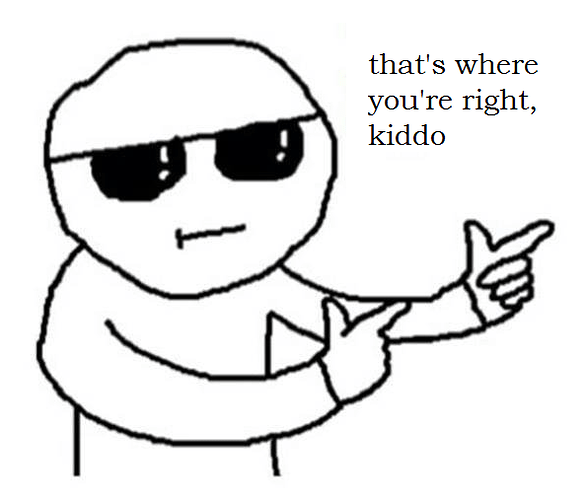 Because Dartmoor is just not as good as some other (WoA) Maps.

I agree. The murder mystery opportunity was pretty cool at first, but once you ignore that and look at other things in Dartmoor, it feels kind of empty.

I agree. The murder mystery opportunity was pretty cool at first, but once you ignore that and look at other things in Dartmoor, it feels kind of empty.

You remind me of someone else…

I personally don’t think so…
→ The many pipes,ladders,open windows and secret passages make the infiltration unique.
→ The family meeting changes the routes of NPCs(including Alexa’s)
→ In the main mission you can choose between picking up the case file and picking up the tokens

It is also a good map for sniper contracts and even though it is more a matter of preference,I think that the mysterious atmosphere in this mission is awesome and one of the best settings in the trilogy/franchise.
However,most importantly,it is one of the best maps for SO runs.

Blue Lotus Emissary should be at 15 now. Both of @MrOchoa downvotes got ignored by the next poster.

Storywise, all of the Five Fathers deserve to pass.

In terms of gameplay? Most of the targets are atrocious.

Ochoa stays in one room and the only dev intended way to kill him is to first clear out the entire house and only then confront him with that stupid shootout scene. The other methods are of course sniping him from the start (I’ve always been a sucker for sniping so he gets bonus points for that) and knifing him when he jumps across the table but not before he fires off a few rounds of his M60 and alerts everyone.

Franz never leaves the shower but at least you can enter his room in a few different ways.

Arkadij is stationary in that pointless room and only moves when you enter it or he’s alerted. By that point the only thing left to do with him is to ambush him in a corner somewhere or let him die by the car bomb you spent five decades trying to reach.

Ort-Meyer literally dies if you spit on him and he gets a total of 3 seconds of screen time in his mission not counting cutscenes. At least his speech is fun to listen to from time to time.

Only Lee Hong serves as a passable target with different ways to reach him and one or two sniping opportunities.

There is room for maximum one Red Dragon Negotiator in this town, and I prefer the one with unique looks, the one with the guts to surround himself with only enemies, and the one who is essentially 47’s first.

Yeah I’m one of those weirdos who is into the Hitman Lore and that alone means: original Trilogy > WoA Trilogy.

not weird at all.

the only narrative element of hitman i value is that of the targets and in-level stories. getting to explore and interact with a living diorama is a great system for delivering narratives that sort of reminds me of promenade theatre a bit. i adore it. i do, however, think this competition will be a little one-sided.

the five fathers are - more or less - caricatures/archetypes lifted straight from films and literature - the mad scientist, fu manchu, tony montana, etc. - without going much further. that’s not a criticism as such, that was the appeal: we got to play out those kinds of hitman movie fantasies in a way we never had before.

however, if we’re talking about characters with good motivations, back story, characters, etc. i think the woa trilogy is far more robust and accomplished on that front. pre-woa there’s hardly anything comparable to, say, jared let—-jordan cross’ psychodrama, the mythological war between the major player’s in mumbai, the layers of betrayal in last resort, etc.

the later games demonstrably allow for more intricate interactions, whether it’s events between npcs or between the player and npcs, and this subsequently makes the woa targets - on the whole - feel more layered and fleshed out compared to earlier games. it’s simply down to the tech being better and io having learned better ways to leverage it. plus, they have more accomplished writers and more ways to show that writing off.

i’m not trying to be mean here or anything