How are people completing the kill everyone contracts on Console with lots of crowd NPCs? The game crashes when I try and I can't complete them 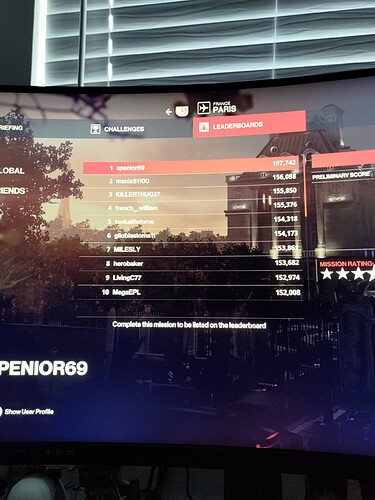 They don’t crash every time, with a bit of patience and a handful of retries they’re doable. Some destinations are definitely worse than others.

I think there’s only one (A House Built on Sand) I couldn’t complete. Playing on PS5.

for me it seems to be probably the fact it has to mark all the npc targets, load everything, and getting the fake npcs functioning. for me it crashes on those heavy fake npc levels. but for something like Santa Fortuna it is completable without crashes. what i do notice to be a bug sometimes is when yer bullets don’t hit the targets even when yer straight up close. what’s that about?

pretty much. sucks when you get near the end and you die cause you got too greedy shooting people.

The ghost bullet bug has gotten me killed more than a few times. And yeah so far out of the 28 available maps on contracts mode the only ones I have not been able to complete are the ones on Marrakesh, Miami, and Dubai. All lots of NPCs as well as fake ones. I was able to complete Paris however after multiple crashes.

those are the times i’ve hid and thrown a bunch of shit at people to survive. it seemed for me when i eliminated a good amount of people i was able to use the guns without problem.

I don’t have a console but I can’t do most of the kill-everyone contracts without the game crashing. If we could save the game during contracts, I might be more willing to revisit them, but as is it’s too frustrating to get half way through and have the game crash. It’s a shame though because they are fun to do.

I don’t think that would work - the save would probably crash every time you tried reloading.

But here’s the really weird part: if you do a normal contract (user made or even a campaign story mission) AND kill everyone on the level you’re less likely to have a crash than doing one of these kill-all contracts.

Not so weird. Killing everyone on a level during a normal mission or contract is less computing power. With a kill everyone contract, the game has to work some serious overtime tracking 99+ targets at once and their status.

That’s my point. The problem isn’t “killing every NPC”.

If you check the in-game menu, you will immediately fail.

If you run through a crowd, you will immediately fail.

If you drag a body, you will immediately fail.

If you pistol-eliminate an NPC, you will immediately fail.

Sometimes you will immediately fail at random.

No, the issue lies with the kill list. A target NPC has a lot more metadata associated with it (kill method, outfit worn,location of body, is it hidden, etc) that stacks x100+ in the games memory. This can overload the memory and cause a crash.

If you just kill everybody (non-target kills) have less data to track and therefor less game memory needed.

Unlikely. Since these are Custom Created Contracts, they exist only on the server side of the game, so any impact (crash or corruption) would be to an online server, not the player’s console.

Since the entire contract’s data would be in temporary memory, the worst that could happen is you would crash to console desktop and be forced to restart the game.

Could this be what is triggering an automatic temporary suspension from the servers upon beating the mission?

Possibly. If there is a list of 100+ targets in a mission, and it takes too long to load up, it could be timing out.

I did experience something like this once. The game crashed after exiting the mission, but when I relaunched the game, it did register the Contract as having been completed…

Though you probably needed to beat a mission or contract for the same map right?

No. The contract in contracts mode showed a check mark when I reloaded the game. This means you have successfully completed it.

In my example, the contract successfully completed, but crashed trying to load the results screen where the 100+ character pictures were listed.