If you could save one target who would it be?

If you could save one target from any of the recent 3 Hitman games, who would it be?

Someone less corrupt?
Someone in the wrong place at the wrong time?
Or someone badass that you want to unleash?

So who would it be and why?

This exactly is about Penelope Graves.
Looks like she’s on the other side, like an honest and law-abiding person, because she was a CIA employee

Alma Reynard, because she is the love of my life.

Whenever I replay “Nightcall” I first kill Orson, that unworthy ape. Then I gently watch Alma as she gracefully moves through the house, a voice smooth as silk, legs to die for.
I gaze upon her behind the curtains that divide our worlds. As she changes into her jammies, I whisper wishes of sweet dreams, rich with milk and honey.
When she lays down to sleep I sit by her side, watching, listening, finding myself again in her soothing presence. I want to cuddle up next to her, but the action prompt does not appear.
I look out of the window. The grey sky envelops my loneliness. I hang my head and cry as I put a pillow over her delicate nose and sensual lips. Her muffled cries of passion a promise that can’t be kept.

Oh, how I long for that other scenario, where that cuddle prompt does appear and I can find myself in her embrace. How I just want us to be happy together. The picture of happiness. Alma, me and our adorable little dog Max sitting in our laps.

Anyway, I would have saved Silvio Caruso. His mother abused him emotionally and psychologically, she crushed his only chance at a relationship out of malice and made him develop a pathological fear of women. Both of his brothers ran away from home and he never heard from them again (they were possibly also killed by 47)

Now he is confined to his home out of anxiety and phobia’s, developing a virus as his own form of revenge, because science was the only thing he is good at.

I really believe that Silvio is only the way he is because of the way he was constantly treated, and is the overall victim in this scenario

So I was right all along

I would say Mark Faba, but we never actually killed him so

Then it’ll be Janus. He was a real villain in the past, but now he’s just a sad old man. Plus we don’t even kill him for the right reasons, just so we can pin the militia’s actions on him

He was a real villain in the past

Janus was a very bad dude if I remember correctly. I’m pretty sure he had a lot to do with the creation of the project that made 47 and the other clones, and that was inhuman to say the least.

My boy Steven Bradley, he didn’t do anything wrong.

I would say Mark Faba

Do Elusive Targets can be count as an actual targets?
I mean it’s needless to say that they are elusive, i.e. appeared only once and then just disappear for good (I don’t count reactivation rounds) even if you didn’t manage to kill them. It’s for number one.
Number two - can they count as canon story targets anyway?
As I see Elusive Targets they are not more than quick weekend job that is done during Agent’s 47 spare time

but we never actually killed him

He couldn’t survive shredding and loads more of killing methods, including seems canon pen kill.
Nobody can survive and live with a hole in the head

I count him as a real target. Each to their own

He couldn’t survive shredding and loads more of killing methods, including seems canon pen kill.
Nobody can survive and live with a hole in the head

He never met Agent 47 before, then.
If you think that 47 couldn’t kill him and never made sure of the target is dead, then you underestimate 47th professionalism

Well the Undying did return, wiping away 47s’ clean record and making him look rookie. Faba clearly showcased that 47 is only ranked #2

Viktor Novikov. He was more interested in the fashion show than in the action and even Dalia herself says that he would really want to be a legitimate designer. He may have been a criminal but compared to most of the targets in WoA, he’s nothing. Not to mention he had good tastes in his clothing

Alexa. It wouldn’t be a really good idea, I admit it, but fuck that. She is a real badass !!

I’d tell Diana that the Haven contract will require me to stay on the facility for 14 days to not raise any suspicion. I’d straight up murder that old guy that’s about to die anyways and the faceless bitcoin man on arrival and then spend the other 13 days 23 hours and 34 minutes with Ljudmila on our luxury suite like it’s supposed to be. 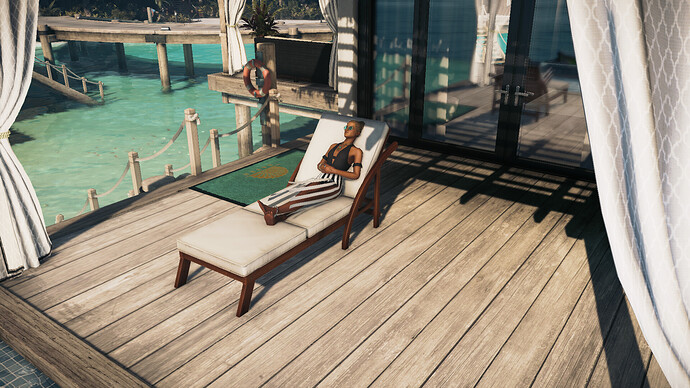 Francesca De Santis. She is smart and imo she was just a tool for Edwards’ evil points. Her wisdom could be used in a better way.

I still think Ezra is a much nicer person if we just get to know him some more.

don’t care how polite he is, he tortures people for a living. in fact, that makes him worse. he’s not far off from being michael palin in brazil.

My boy Steven Bradley, he didn’t do anything wrong.

i think their plan was going to result in a total wipe of all hospital and criminal records in the us.

Francesca De Santis. She is smart and imo she was just a tool for Edwards’ evil points. Her wisdom could be used in a better way.

she was helping to design a virus kill switch on behalf of the freakin’ illuminati!

This exactly is about Penelope Graves.
Looks like she’s on the other side, like an honest and law-abiding person, because she was a CIA employee

she joined a terrorist organisation!

you people are cray, i say! cray!

dino bosco i guess… he’s an asshole but he’s the least worst asshole in the trilogy. not counting elusive targets 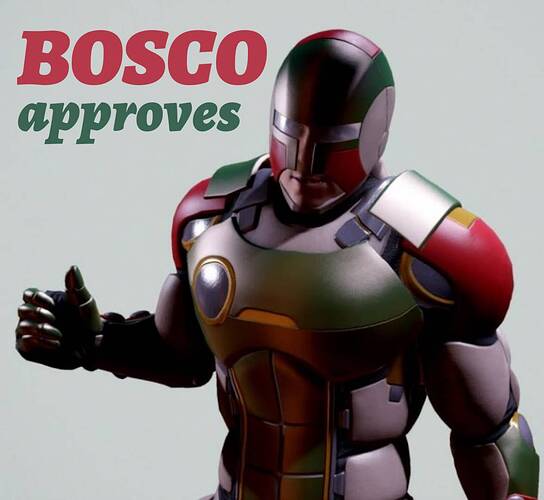 His greatest crime was simply being a prick