The IOI featured contract have been released !

You can use this thread to discuss the new contracts and post your runs.

The contracts were made by three IO Interactive developers.

@Clemens_IOI can we know the name and title of the developers to give them some proper credit (and kudos) ? 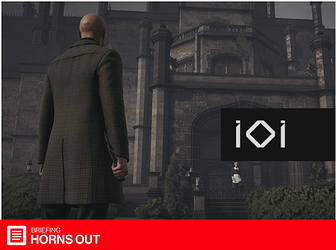 Good morning 47,
We have been informed that the targets have been conspiring to eliminate the Carlisle family in an attempt to make a quick payday, I believe it is time to demonstrate exactly why this is no job for amateurs. 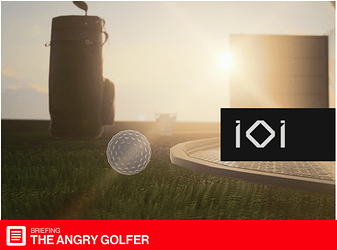 Good afternoon 47,
Our client is known as the Angry Golfer, and is not known for being polite, let’s just put it like that, Our client got stuck in the elevator in the Burj al Ghazali, and the Maintenance staff on duty wasn’t in a hurry to get them out. The Angry Golfer is now furious and wants their bitter revenge! But in an exploding matter. You must blow. them. up.
One of our client’s demands is that you use the infamous exploding ball, our client calls it “poetic justice”. After you blow them up - take the same elevator our client was stuck in to get out.
Good luck 47, use stealth, don’t change your disguise - and show them the ultimate wrath. 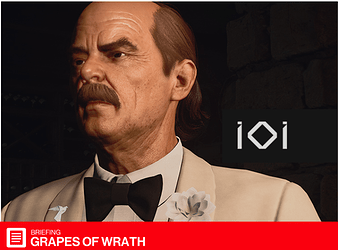 Don Yates is a man of perfection and he will stop at nothing to reach it. Not even murder. When Don Yates learns that two of his employees deliberately have tried to sabotage the latest batch of his famous Cabernet Sauvignon, he has to show them that he does not play games.
Of course Don Yates cannot get blood on his own hand. Instead it is up to you to take care of them.

Say… Did we ever get that post about the Devs and them talking about why they chose certain contracts?

If so, sorry I missed it.

Should be a simple copy/paste job, but I dunno. Maybe it needs translating. That could take… months, tops.

That resolves the conflict of the two submissions that use this title.

I don’t think it was posted directly, but it was talked on during the IOI Insider of October 21st.
Of the three developers only Johan was available to directly give his intents and impressions, the other two wrote them and Clemens read the highlights during the stream.

I think more in depth write ups were made, but not released (or I couldn’t find them).
October 26th, @Clemens_IOI said the blogpost was to be published “later this week”, but that at the time the focus would understandably so be on the new season for the moment. Work and priorities might have just shifted since.

Johan “pepper”, QA,
Made the “Family Matters” contract in Dartmoor.
He worked a lot on the Dartmoor level. As a consequence he built some emotional attachment towards some NPCs and their dialogues. More precisely he despises Patrick Carlisle, to the point of always taking him out to have some quiet.
Hence his contract.

He picked “Conan = Shinichi” made by @Hamushi
Also based on the Dartmoor level.
He chose it because it gave a big tour of the map, the targets are spread out (bottom, second and top floor). Traversal is important and Johan said he had to do two tours of the map to take everyone out, which picked his interest.
Clemens added how mastery level could influence the run and give more approach.

Ross, BI Engineer,
Made “The Follicle Paradox”contract in Chongqing.
He picked “Mirror Match : Chongqing” by @Deimatic.
Mirror Match is the first thing he saw, it captured his attention immediately because he loves fighting games, so they added it to the testing batch.
He really enjoyed it. Amongst his main reasons, Clemens highlighted in the insider that Ross appreciates contracts that “encourage and reward you for exploring and trying to find disguises inside the level”. He also really likes Chongqing.

Mitja, Lead Level Designer,
Made the “DJ Axe Party” contract in Berlin
Picked “Crime of Envy” in Berlin by Georgikens (@Heepo).
He really enjoyed the contract, the word “cool” was even said in the insider.
He likes this contract because “both targets are in areas that forces me to explore the environment and dive deeper into the intricacies of the Berlin level”.
Clemens hypotheses that Mitja played it with the eye of a level designer.

Clemens also points out the pattern of the level locations. Quite simply because even developers have their own favourite level. 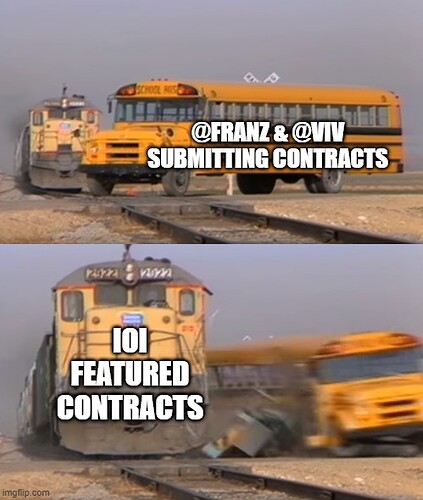 There’s always a chance that they get chosen and use “Grapes of Wrath - By Viv/Franz” to differentiate it.

I think that’s happened before, with some fibre-wire style contracts in Hitman 2. Two people used “down to the wire” I think, and so the titles were edited to credit each person.

Friends, I’ve been too busy to keep up on games much these past weeks. Can someone please update me on how many Featured Contracts we are at now? I.e., have we reached 70 now? Thanks fellow assassins.

@Axwage, we are currently at 68 contracts on Hitman III locations, we will cross the 70 threshold next week with the Wrath Community Featured Contract batch, and with it we will access the screwdriver unlock.

I wonder what the optimal route will be for Horns Out.
In one hand the forced boat exit makes top floor targets then garden target the best choice, on the other hand the unicorn horn requirement demands to go to the garden first. Honestly this choices make for an interesting route planning.

For The Angry Golfer, it’s fortunately close to what I wanted to submit (explosive device in Dubai), so I already know how the sound propagation works. As a reminder, if it is needed for someone :
most explosives are heard (and alert) one room away, so as long as you have two doors between the explosion and the nearest NPC, you will be alright.
For this contract the best rooms I have found so far are the server room and the bathroom in the storage area.

The Grapes of Wrath, I’m usually not a fan of Suit Only requirement, but with only two targets and the focus on only one general area it makes a good stealth/NPC manipulation challenge/puzzle. And I was relieved to see that this second part could partially be done “prompt only” (with the water pump). It’s a cozy contract.
But does it show how much a safe suit only exit would be great for Mendoza : it was more stressful to exit than to eliminate the targets (they both have relatively safe strategies).

What are the exits on Dubai and Dartmoor? Will plan my strat accordingly.

Yes! I will share more info from the creators ASAP - there is a funny story to this batch

Regarding the text that I promised last month for the 3 previous contracts - it’s still happening, sorry for the delay.

I wonder what the optimal route will be for Horns Out.

I started as the Detective, climbed up one floor took care of the targets there (got the unicorn horn from the secret room at Alexas office), went down and from there it was easy sailing…

What are the exits on Dubai and Dartmoor?

the unicorn horn from the secret room at Alexas office

Completely forgot about this one.
Well that’s one way to show how one elimination requirement can shape a contract, its optimisation and its use/highlight of the map.

I can hardly wait.

I wonder if there will be more unlocks? I wish they push it to at least 100.

There are so many items and suits found in the files that were scrapped, that would be a shame to waste them, especially when it’s already there.

Just finished playing the ioi featured contracts, im indifferent to them. Contracts where you feel like you know how the creator created contract arent really fun to play, as theres nothing to figure out. the dartmoor contract atleast has the pro of being interesting to route if you want to go fast. The other two are a solid meh

Dartmoor was ok. The other contracts were boring. None of them was any challenge. But it was kind of fun to optimise the route. Anyway. Won’t play those again.