The IOI featured contract have been released.

Use this thread to discuss the new contracts and post your runs.

The name and title of the three developers who created the batch have been announced during the IOI Insider october 21st. 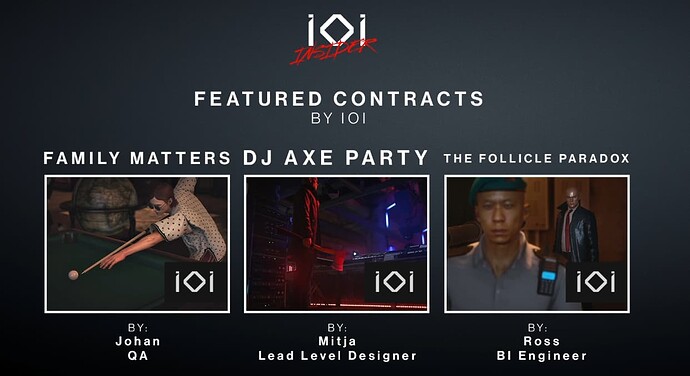 Our anonymous client has not been very forthcoming with details on the targets. Only described a past transgression and a deep envious grudge for a particular feature they share.

The client has something specific in mind for these two, and they would prefer to leave innocents out of any harm. I suggest you bring your Sunday best for this one. 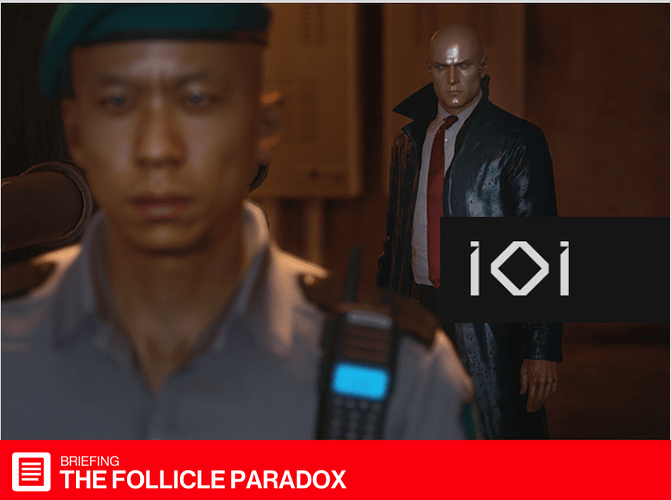 Do you envy the rich and famous ? What if your childhood best friend is one of them ?

Adam, now known as DJ Axe Party - his rise to fame was quick and didn’t take long until he left you behind in the dark cold town.

After years he is finally back and this is your chance to ruin his life forever !

Disguise yourself as DJ Axe Party, enjoy your 5 minutes of fame under the spotlights, and then go ahead and murder innocent people with an axe ! 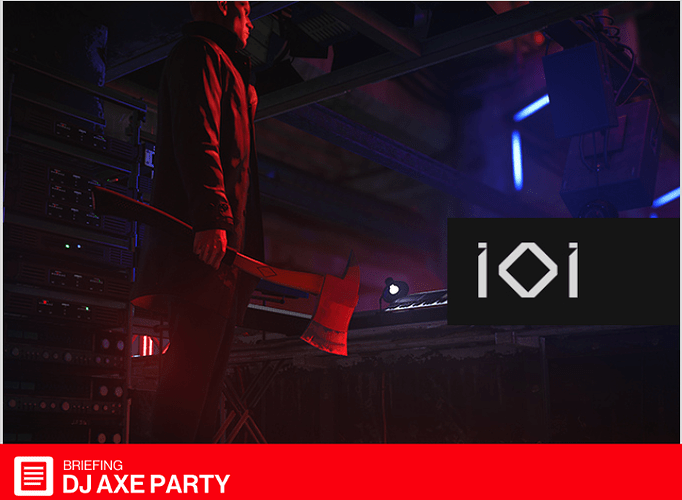 After hearing about Patrick Carlisle’s treatment of his sister, Rosie’s older brother decides to take revenge. He considers people like Patrick and the Carlisle family to be the poison of the world and would not mind seeing the matriarch of the family have an “accident”. 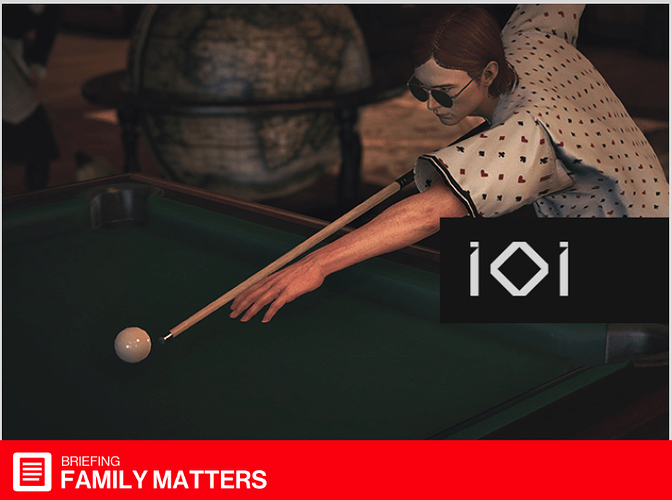 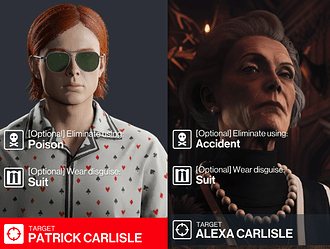 This featured contract batch includes the 70th featured contract released on a HITMAN III map. With it comes the possibily to unlock the Featured Contracts - Track 2, Tier 7 challenge and a brand new item : the Hackl Sniper Rifle Covert “Ducky” Edition

It really has been so long (exactly 3 years) since IOI released their own batch of FCs. It was the final 10 contracts for H2016 before H2 was released. All fit with the theme of Halloween.

In the spirit of Halloween, we’ve created 10 Featured Contracts that are spooky, creepy or otherwise frightening. We had a lot of fun making them and we hope you’ll enjoy playing through them. We created some that are focused on disguises, others tell spooky stories through the briefing and others are plain mayhem – let us know what you think! 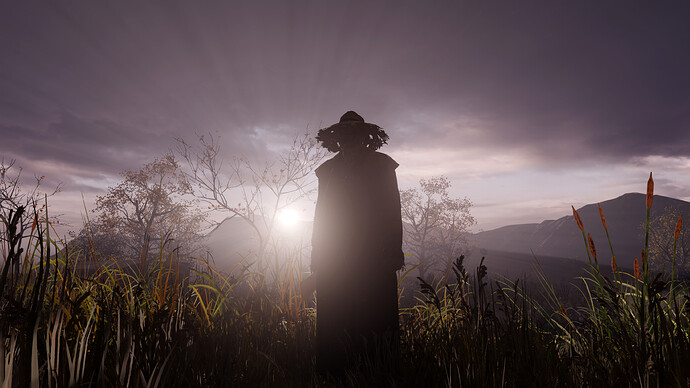 Embrace the horror. The HITMAN Halloween Pack is a FREE download that invites you to Colorado. Download it if you dare...

It really has been so long (exactly 3 years) since IOI released their last batch of FCs. It was the final 10

Oh I remember those. They were… great?

Looking forward to these! DJ Axe Party particularly looks like it has really interesting targets.

Mitja, the creator, spend a long time to “perfect” the loop. Hope it clicks

Looking forward to playing these!
Weren’t the first featured contracts available on H3 release (I recall “The butler did it” in particular) also made by IOI? That was a great batch as well!

It really has been so long (exactly 3 years) since IOI released their last batch of FCs. It was the final 10

Oh I remember those. They were… great?

Well for those who want to get into memory lanes, I present to you an old discussion thread:

Well we shall get back to the new contracts discussion, sorry for the off-topic!

Well thank you kind sir! I did those

You don’t see that many Colorado FCs often.

Well we shall get back to the new contracts discussion, sorry for the off-topic!

They all had to be on that Location. Man, it. was. tough!

Just did The Follicle Paradox.

Sneaking a sniper rifle to the top of the block was fun. I know there a bunch of route that allow the use of a briefcase and an easy contract completion.
But I went the extra mile and did a no loadout run. Had to steal the sniper from the rooftop and sneak with it on my back, with all that it means on shortened alert time. Also had to steal a lethal poison pill jar.

So much stealing was done, we are in the season of envy indeed.
I really enjoyed it.

Unlocked the Ducky Sniper for my efforts. It’s a beauty. 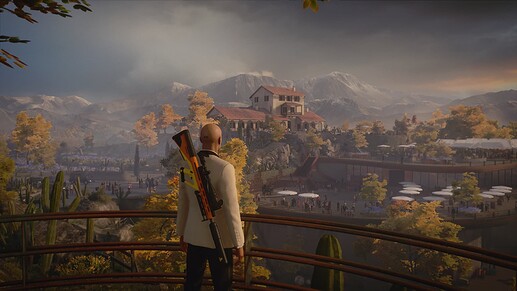 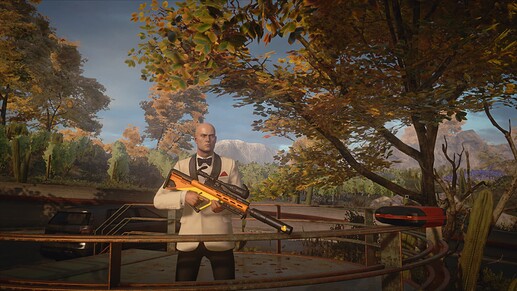 It doesn’t do a quack sound when fired unfortunately. They look interesting. Looking forward to play them.

Family Matters was surprising as I usually hate contracts with an excessive amount of complications. I enjoyed it more than I thought I would. I did this in 1:49 although I can see some ways to improve on that time. i liked this batch, the dartmoor one was the worst one but i still enjoyed it despite all the complications. berlin one was fun and the chongqing one was amazing

Hold on, did you just shot the sieker three time ?

I presume it’s because you also have a tranquilizer gun and it shares the dart pool and ammo count (minus the one in the TG chamber), but is this a well known thing, am I again late on knowing useful tip and tricks ?

(also nice run, I appreciate the instructions and care in it)

Oof 5 complications and all auto-fails…

All three contracts were easy enough, fun to play, and despite the auto-fail conditions, I managed each of them in one try…but…all three of them had the same basic flaw that I find in so many contracts. I realize that it’s usually optional but I cannot stress how much I hate it when a contract tells me what to wear. The outfit changing mechanic is such a core part of this game that it infuriates me that contract creators keep trying to take it away!

Can’t you shoot him from alley if you lure him to the window?

I tried that initially but it didn’t work. The angle makes it impossible.