We’re gearing up for the reveal of the Season of Wrath on Twitch later this week. It’s the final Seven Deadly Sin and we’re excited to see the reactions to what the Hitman team have created for this season

This thread is dedicated to your questions about HITMAN 3. Please submit them below and we’ll do our best to answer as many as we can. To be completely transparent, there will be some that we purposefully choose NOT to answer, for a variety of reasons. 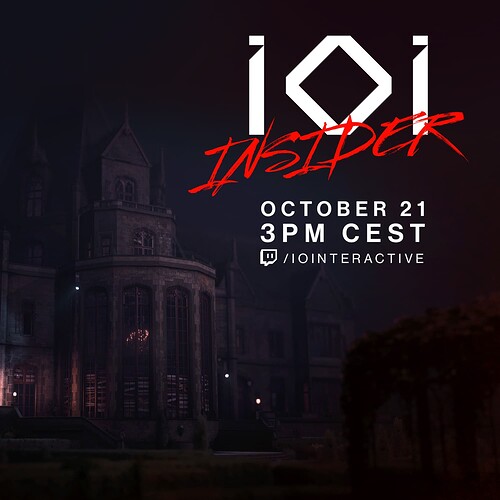 -What map took the longest to make in WoA (including the modeling of everything, the NPCs, the routes, mission stories, etc.)?

-How did you come up with 7DS?

-Will there be another 12 days of contracts type event during Christmas time?

While not a question per se… But is that Dartmoor at night in the image?

They barricaded the building too, interesting. 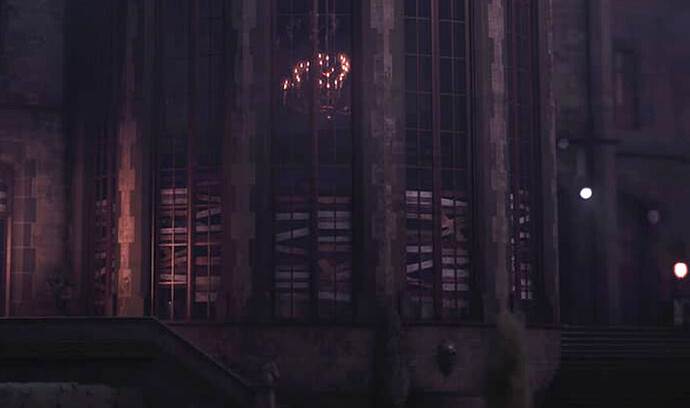 Question
On the last stream, you said that you will promote fanmade websites (or maybe apps, idk) are there any plans on the How and When?

Question
Romania is the one and only linear WoA map. Was it made linear (small you might say) because of financial reasons or purposefully to fit the story?

Question
IOI and Lego are both Danish. are there any plans for a collab on a Lego Hitman Theme?

While not a question per se… But is that Dartmoor at night in the image?

Will there be any more ET unlocks added on in the future?

Will the Black Winter Coat Unlock be available to everyone else at some point as an unlock?

Is this going to be a big shooutout like plenty of the lat missions from previous games? Because we can use something like the second level from the C. Mountains escalation.

They will not answer that for now, as stated in the last insider.

If it’s okay to not ask but reply to a question in this thread:

Question
IOI and Lego are both Danish. are there any plans for a collab on a Lego Hitman Theme?

Unlikely, since Lego has certain themes, for example listed in https://ideas.lego.com/guidelines, they don’t want to feature in their sets. Among others are

Romania is the one and only linear WoA map. Was it made linear (small you might say) because of financial reasons or purposefully to fit the story?

To fit the story most definitely. It’s likely in reference to older games which had boss-esque final levels. I don’t think budget has anything to do with it considering how many assets they had to create for that level specifically. I mean, for crying out loud, the Mendoza level is literally called “The Farewell”, so Carp. Mountains being shorter for story purposes is clearly intentional.

Do you have any information to share about Himan 2016’s delisting from GOG last week ? GOG staff said they are still in dialogue with IO about this release. Should we expect more thought on a possible change of direction regarding the future of the offline mode ?

I’m not talking about the online mode or servers shutdown (I know that IO doesn’t plan to close the servers anytime soon). I’m only talking about the offline mode expansion to meet GOG’s staff and users exceptations, which could also be applied to all other platforms as well.

Are there any plans for an offline mode, considering the GOG Backlash.

They’ve already talked about this, they’re not planning on it for a long time, not while they still produce content.

Hello,
the post on Twitter got me so excited. Dartmoor at night, so ghoulish, so nightmarish, so great… And i’m scared of the in-game darkness.

i’ve realised how insane connections between levels are through npcs that mention other characters or past events. How do you decide to include it in the writing process of a level? And how difficult it is?

Npcs that mention a target’s death or dissolution of Iago for example remind me of the newspaper in level in Blood Money.

The lighting in H3 reached such an immersive level, Night Dartmoor looks bewitching. I’d love to hear more about creating the level’s lighting.

Are you planning on editing a physical artbook of the world of Assassination? An official soundtrack? I really enjoy the music.

How do you invite actors to do voice over, like John Hopkins, Sean Bean, Tracy Lords, Jason Isaacs or Naoko Mori?

Will hitman 3 ET’s carry on after 7DS even if there just legacy?

Hello IOI. I have a lore question for the writing team. Who was Noel Crest? He is vaguely mentionned but we never get to see who he is.