They could do a double-decker train. A real big one for long journeys with lots of varied compartments.

It will still be just be going from one point to another, only with an extra floor. The idea is there but its still just too compact to make a proper sandbox location.

nah, it could’ve been much more interesting.

Well, be more creative then me, guys!

There are some lovely ideas in this thread!
I totally agree with a maximum security prison (so many possibilities to infiltrate/exfiltrate here: prison inmate, guard, lawyer, visitor, investigator etc), a flying airplane coupled with an airport terminal (could be a two-part mission, the plane being a bit linear then the airport like a normal sandbox), and also the Vatican (since some Providence members are apparently still alive, that would go for a great sequel with corresponding storyline), that kind of location would go well with secret passages / old sewers.

Here are some other locations I would throw into the mix:

While we’re at it, let’s discuss targets. There are a few “loose ends” from the last trilogy that I’d like to tie…

All these targets deserve 47 coming at them. Call it Hitman: Redemption (lol)

I would like some of those “loose ends” to be bonus mission targets. Set perhaps in the “one year later” period. Montoya (I also wanna see Curare) and Washington in particular, since they are more closely tied to previous targets. And the Po family, of course

In the meantime, Tren Po, Khadir, Olander, and Salazar can at least be killed off in Contracts

Yes, I agree this would make sense to get these as bonus missions. Less waiting than for a new game that’s for sure haha. Or maybe make them Elusive Targets?

This brings me to another wish (about ETs); As long as I’ve been following the Hitman series since 2004, I kinda got late in the WoA trilogy so I missed every ET so far. That would be neat if IOI could release these as an expansion pack or something (maybe have these ETs come back for a limited time to give new players a chance to try them?).

Will there be Ets for Hitman 3?

We don´t have any info on ETs in H3 yet unfortunately… I personally hope that they will eventually add all of them permanently into the game to play normally. Missed very much all of the H1 ones back in the day cause I didn´t have the PC to play it, and a handful in H2 as well…

I’d kind of like a carnival-esque amusement park, similar sort of atmosphere to Splinter Cell Conviction’s level. Throwables, rigging sideshows for some contrived opportunities, one of those dunk tanks where you throw a ball at the target and it drops them in a pool. A big Ferris Wheel that allows you to get out a sniper rifle when you’re at the top. Some sort of roller coaster or Waltzer rides that you could sabotage in some ways. The usual sort of food stalls for your typical poisonings. And because it’d be one of those places that folds up and moves on, you could set it wherever and use a specific location as part of the map also (I have the Derry fair from It Chapter 2 in my head, where you have a bit of a town, bridge to shove people off etc)

I’d expect it to be some sort of crooked front for gang dealings, so you’d get a fair few carny folk concealing weapons, your typical police mulling around as well so there’s enough danger going on. Trying to take down one of the gang heads, as well as a few other figureheads that are attending the fair and enjoying it (until you ruin it for them)

And guys, what think about other mission like Mumbai? Well, I love Mumbai in Hitman 2,so, maybe some that in the next game, for example… Cairo, or… Estambul?

I would like to see Kohn as a target. We took out Morgan and Yates. Why not complete the Morgan, Yates and Kohn assassination trifecta?

i wish chongquing was mumbai sized.

ok so heres mine
Welcome to Dublin 47, Your target is a woman going by the name of “Jiao” you may realise that this is the name of the person responsible for the agents attempting to kill you in Berlin, Jiao resides in her hideout, which is a abandoned farm, armed ICA agents roam the farm, protecting the barn which she resides in, good luck 47

A shocking past;47 over hears two guards talking about how jiao is obsessed with her data racks,47 can sabotage the racks which electricutes her, also it reveals that jiao was once a member of crystal dawn hence the name

Sinai egypt at an archeolegy site

DRC democratic republic of the congo a jungle reserve

Hiroshima japan a providence base

An up incoming amusement park in the middle of construction. Plenty of accidents waiting to happen.

I would like to see a city like Honolulu with skyscrapers you can scale and an underground subway with a toll so you can pay a coin and it lets you get into the train to exit and also has a corner with a waterfall and a u shaped cliff that one of your targets slacklines on.

I would alsk like a natural history museum. You can kill your target in ways like pushing them facefirst in a bear trap or rigging a mannequins hand that has a halberd with a trip wire so that when a target walks past and into the wire that halberd falls and kills them.

Another idea is a zoo/aquarium that has an elephant area, orca habitat, lion pen that is underground with a hand railing, lizard house, and more. Some assassinations would be pushing the target headfirst into a lethal snake enclosure and the snake bits him, killing him, your target tries to take a selfie while a elephants foot hovers over his head and you can slap the elephant and the elephant squished him to death with its leg, your target tries to touch an orca and you can push him into the orca enclosure and watch the orca eat him, and pushing them into the lions enclosure and watch him try to get out as the lions devour him.

One of the starting locations could be you starting as an inmate because you allowed yourself to get imprisoned on purpose to get inside knowing you’d finish the job and then just break out.

Eurogamer got David Bateson to voice the intro their VR video and now I need to hear him do that in future games for the next generation of assassins: 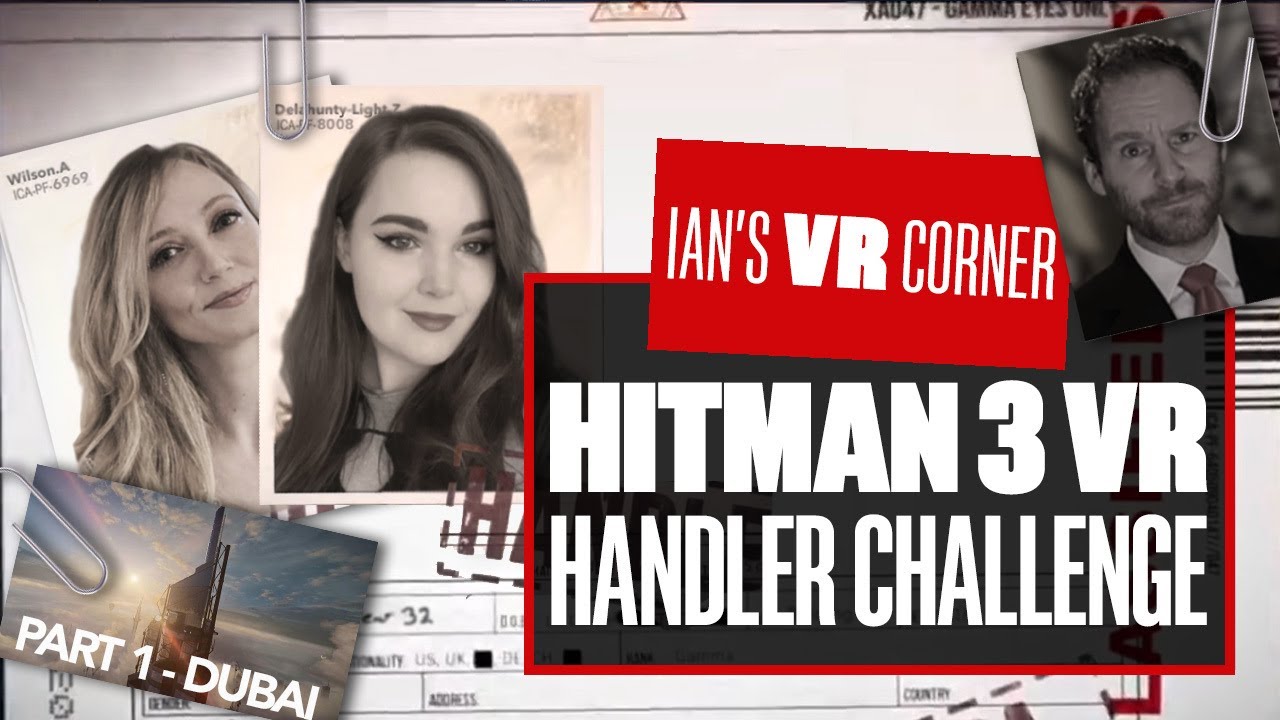