Not a level idea but they should add a thing where you can threaten people who compromise you to not snitch and there’s a chance they do but highly likely won’t. You can do this when they get down on the ground and an option to threaten. This can add more diologue like them thanking you for not killing them and can add more options than to just kill whoever compromises you. After you threaten them they will walk away and when they see you somewhere else they will be scared and try to avoid you while being calm and not cause a scene.

Ehhh I dunno. 47 wouldn’t leave any loose ends. How else would he be a ghost if he let people live who witnessed his actions?

Omg I’m giggling, this is so good. (Also probably because Bateson’s voice is butter).

Kid, if you’re getting so worked up over a fictional character’s pre-scripted voice lines, you need to get therapy.

Sorry, I didn’t mean to come across as worked up over the voice lines but I genuinely don’t find them hurtful. It’s just that I guess I was searching for a reason and didn’t find a good one, I also didn’t reread the post for anything wrong so I posted this nonsense, I’ll delete in now.

If a Dublin level lacks a Spire kill, its worthless. 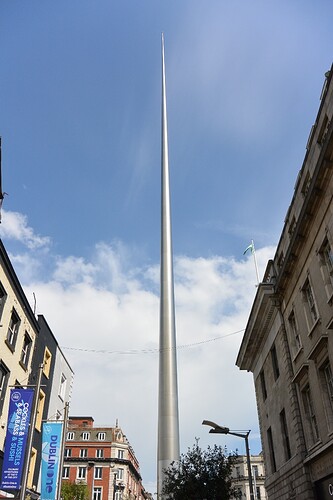 Reading some news, I found out this month, the IDEX is being held at Abu-Dhabi. 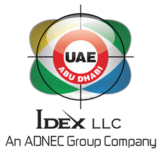 The International Defence Exhibition & Conference, or IDEX, is a biennial arms and defence technology sales exhibition. The exhibition is the largest defence exhibition and conference in the Middle East and takes place in Abu Dhabi, United Arab Emirates. The first edition of the exhibition took place in 1993. The exhibition is organized through the state-run Abu Dhabi National Exhibitions Company (ADNEC). The business conducted at the 2005 IDEX totalled 2 billion US dollars. According to Stockh...

This got me thinking how a weapon trade show can be an interesting location for a Hitman level. Imagine unleashing hell with all the exhibited guns or following some arms dealing mission story. 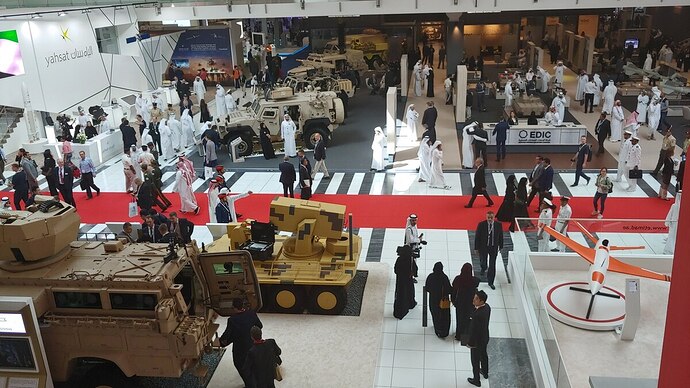 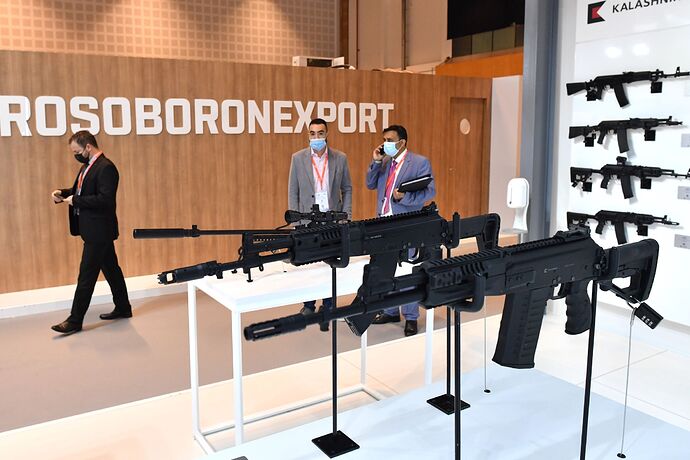 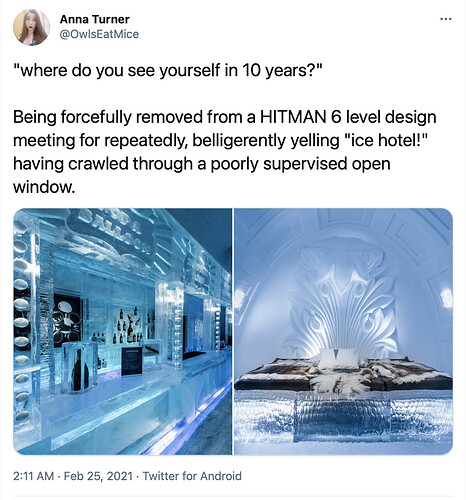 Diana wandering between the bar, the hot springs and the ice sculpture exhibit: 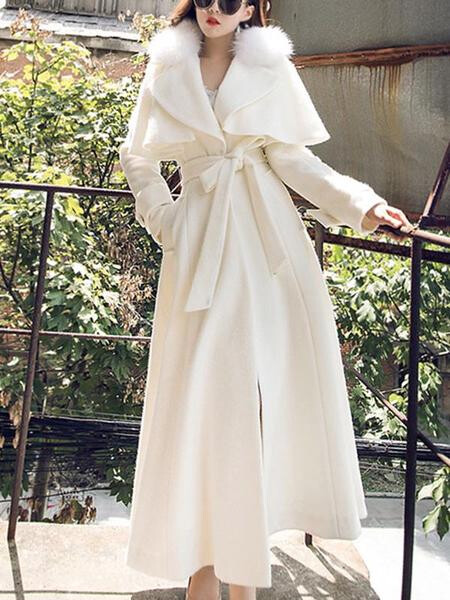 It’s probably useless to write here, but I didn’t see the airport here (although maybe I just didn’t notice).

In my opinion, it is divided into several parts: warehouse, hangar, airport entrance and exit, as well as landing strips. The last three are the biggest parts. At the entrance, you can make a plot with sneaking into the waiting area (issuing a ticket, delivering cargo), and there will be a VIP zone, where there will be a target, which is only in the VIP zone.

The exit is a place where there are many cafes, the load is taken away. And there will be a target that goes all over the public area.

The first target is delayed due to a thunderstorm, the second has just arrived and is awaiting the county. The rest of the zones can already be used for NC and exacerbations.

Well, then I think your imagination will think of many more details

Yes, this could defenitly make some great Targets and hopefully get the Kong Treatment.

I also would like to add a few more possible Targets:

Congressman Walsh - He’s the Guy Viktor Novikov shakes hands with and is to be confirmed being still Alive after Romania.

Hector Delgado - Giving him a Mission could finally give Santa Fortuna a good Mission/ atleast theres potential. Also I would be for a Lighting Change to Sunset alla Landslide to finally finish off the Delgados.

Sophus Fatale - Dalias’ Friend, who seemed to know all about her activities.

secret underground science lab, Reykjavík, Iceland: I liked the “workplace accident” kills in Hitman
Cruise ship, Pacific ocean: I also liked the maps with tropical vibes. Many different areas meant for different things
Music festival, Spain: Basically whatever I said previously combined, party vibe with a chance for accidents and with distinct areas.
Prison: I like the idea of 47 escaping a prison
Ski facility, Canada: Unlike most ski facilities, what I had in mind is a modern one built into a mountainside. Many opportunities for kills, avalanches for example.
Random cities: Havana, Cuba (streets)
Portland, Oregon (Late night show)
Gödöllő, Hungary (city center)
Leuven, Belgium (I also think a hotel would be a good idea)
Sydney, Australia (airport)
Sniper mission ideas: Military compound, Sudan
Castle, Ireland
Water park, Croatia
If i had to pick some of these, it would probably be:
regular missions:

So I was talking to a friend of mine, and he joked that it would be interesting to have a scum bag director as one of 47’s targets.

I then thought, how cool would it be to have a movie studio map located in Hollywood? I would love to see the various sets they would have as well as the opportunities for kills. This is also inspired by Richards Majestic Studio (Backlot City) in GTA V.

Dino Bosco agrees with this statement

I remember someone suggesting an open world style hitman game/mission , allow me to expand on it.

The mission is like Apex Predator, but with more complex targets. Various targets from all over the world are meeting in the hotel. They are brought together to bring back another Providence like organisation, unknowingly tricked into staying at 47’s hotel.

Each target has their own routes with various opportunities to kill them (usual chandeliers, leaks, balcony leaning and some scripted ones like meeting another target or promoting 47 into their bodyguard). There is one scripted opportunity where 47 can lure some or all the targets to meet each other in order to kill them all, but doing this will require a lot more steps and stuff to set up, with maybe some things not revealed to the player, such as making a certain target join the meeting.

Points are earned a bit differently here. SA still gives 100000 but eliminating a target will give 20000 each. The target limit is only one but if 47 still wants to he can eliminate more.

I’m going to add more here when I can bit that’s just the main idea I want to share.

Seeing that Untouchable is considered more of an epilogue than anything, I was thinking maybe we could find concepts for extra missions:

I suppose the most balanced thing IOI could have done was have both Carlisle and another Partner flee Dubai to establish two subsequent missions. But I don’t think your Po idea would work only because Grey and the gang are intensely focused on eliminating the Partners only, Po would be irrelevant. Of course, this unfortunately means each of the three hypothetical Partner missions would, and should, only have one target.

The truth is I don’t think IOI had enough narrative runway to justify another level, or even a secondary target for Death in the Family; we were lucky Carlisle left Dubai or else we would have started the game with a triple target level, no Dartmoor, and an even shorter campaign.

But I don’t think your Po idea would work only because Grey and the gang are intensely focused on eliminating the Partners only,

They could just use the same reason they used for killing Nolan Cassidy and The Washington sisters,
Which is they’re collateral damage that needs to be killed to progress.

Maybe have the Po family have intel on every member of Providence (makes sense if they are a dictator that keeps information on their allies/enemies) and have The Partners’ (or just Carlisle’s) Intel mention keeping a file on the Constant. I forgot how they even know she has a file and I think this might make more sense than just saying that she has one in the briefing.

Instead of the Burj, Stuyvesant flees to Khandanyang, where Tren Po is set to succeed his father after his father’s mysterious death. 47 has to assassinate Stuyvesant and Po.

Prior to release, I was one of those strongly hoping we would have the Pos as targets in the campaign, preferably even in a Khandanyang-set level. Now, the latter (sadly) obviously isn´t going to happen, but I think there is still space to fit in the Pos as targets if IO decide to do a bonus mission mini-campaign (I would definitely not like them as ETs) down the line, which could focus on eliminating rogue elements (and lore loose ends) like the Pos, the Al-Ghazali´s, or even Hector Delgado.

Tren Po could for example be killed in Chonging where he is having shady dealings with some local elements, while Jin Po could be a target in Dubai alongside the Al-Ghazalis, either being present for “business” purposes, or becuase the regime has been toppled and he´s seeking refuge with them (or whatever plotline would fit in

They could just use the same reason they used for killing Nolan Cassidy and The Washington sisters,
Which is they’re collateral damage that needs to be killed to progress.

Not to mention Savalas, the HAVEN owners, Hush and Royce… There´s always an excuse to be found.

My pre-release idea of how they would fit in was providing the Constant (and/or whoever would be the additional antagonist) with a safe haven. Given how the story developed obviously, this wouldn´t fit in. But if they decided to go with the one location per Partner scheme nearly all of us were expecting, then Stuyvesant would´ve apparently been the most logical choice. I believe his bio mentions that the family has laundered money for the Po regime and deals with them extensively.

I forgot how they even know she has a file and I think this might make more sense than just saying that she has one in the briefing.

Silly @Rimland, he has instinct turned on and saw a red figure inside the helicopter. What other explanation could there be?