Localization for Russia and the CIS

I know that this question was asked in the previous version of the forum, but as far as I know, there was no answer from IOI. Will HITMAN 3 have localization for Russia and the CIS? This question is interesting because it was in the two previous parts and even at the start of the pre-order in Epic Games (I may be wrong). Perhaps it will be later on Steam? 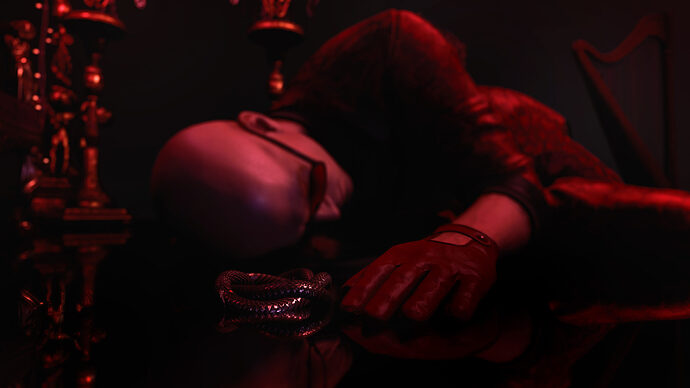 The HITMAN 3 July Patch arrives on Tuesday July 27, 2021 and signals the start of the Season of Lust. Look out for new content and unlocks!

Language Support
We’ve added full text localisation of all in-game menus and subtitles for the following languages on all platforms: Russian, Traditional Chinese and Simplified Chinese. All players will be able to access these languages after downloading the 3.50 patch.

IOI Thank you very much!!!

I think that we will not get an answer to this question.
It is possible, of course, that localization will be added in future updates. But I doubt it

I contacted the Testronic (the studio responsible for localizing HITMAN 1 and 2) project manager about whether they are collaborating with IO-Interactive – yes, they are.

But when I clarified the number of languages they were working on (hoping to get all 12, like in HITMAN 2) - it turned out that they were only working on 5 languages. These are the 5 languages listed in the EGS

I think this is the most reliable confirmation that many languages (Polish, Portuguese, Russian, Chinese and Japanese) will not be supported at the start, on January 20.

And will they be supported in the future?

Good initiative, I didn’t think the project manager was going to give this information. It’s cool of them to be transparent. This confirms what I thought, Hitman WOA on Stadia is already targeted to have only 5 languages, whereas the game is translated into 12 languages on other platforms.

What is unfortunate in this story is that the other translations are going to be removed from Hitman 1 & 2 inside Hitman 3, like on Stadia.

It is wise to wait for a confirmation but it doesn’t smell good, at all.

I don’t know what it’s connected with, but Asia and Russia have a pretty decent fandom of the game, they make a big mistake if they deliberately refuse to do localize for this countries

Probably because of the costs. The translations of Hitman 1 & 2 were covered by Square Enix. I don’t think they declined a proper translation for this countries for another reason.

it doesn’t smell good, at all

I wonder will consoles be affected too

The translation of Hitman 2 covered by Square Enix

Even after the split? How that possible?

they make a big mistake

i think it’s a big mistake for every game delevoper or distributor who don’t want to translate and sell their game in some countries. it’s not a matter of money but respect for players

Even after the split? How that possible?

They splitted in the middle of the production.

oh no, I had bought h3 months ago, but now i got a news that h3 doesn’t support my local language, but why? I don’t understand the reason io done

Most likely we will have to wait for local enthusiasts who translate themselves, although this is a lot.

But I don’t really understand why they are removing languages from the second part. So that new users don’t have questions?

But it’s not even the lack of language upsets me, but the fact that they just keep silent on this topic, as if everything is fine.

So that new users don’t have questions?

Yup. Otherwise the game would be 66% translated.

But it’s not even the lack of language upsets me, but the fact that they just keep silent on this topic, as if everything is fine.

What do you mean? That their silence on this issue is normal? I’m still calm about it, but I think they should clarify this.

I would like to agree more than that, but the finite space-time continuum does not allow me to do, so…

I thought about it, but … how can I play Hitman with such English?

io confirm that h3 will include all location between 1 and 2, we can also carryover the progression in h2, but why h3 doesn’t support so many languages in h2, that’s unfair

As i know you speak russian and know that there are english in 1 and 2 seasons so it is not very hard to add old translate to legacy and add new translate to season 3.

why they don’t want do it is a quesion