47 acknowledged himself as a person in his confession to Father Vittorio 20 years ago, before Grey was ever even in the picture. He then did it again to Victoria 10 years ago. That’s not enough to do it, for me.

aside from grey, father vittorio and diana are the only other people who are in any way important to 47 (victoria who…?), so that only strengthens everyone else’s point.

it’s very obvious - if somewhat unearned - that 47 highly regards grey. he doesn’t stick his neck out for many people, and he was willing to potentially die for him in dartmoor.

47 is hesitant and confused about how to feel towards Grey in H2, but does like him, even if he does not know how to show it. to me, it’s his emotions seeping back into him, and for that is wary of how to go about things.

take a look at their body language in the final cutscene for Haven Island, when Grey says, “we’re almost there, old friend.” 47 takes one step back as Grey turns to him in conversation. it shows their personalities well: Grey: open and emotional. 47: closed and guarded. you can even look at their hands. Grey has open palms to contrast 47’s tightly clenched fists.

47 also literally does not want to close the physical gap between them, having stepped back at first – but then, he finally turns to Grey to face him, first by turning his head and then his body. (if you want to be super analytical, you could say he thinks first before acting, unlike Grey who just turns swiftly to his brother to speak).

in all, these are just 2 gifs, and we really are not shown enough of Grey and 47’s direct interactions in WOA to infer a lot. however, as guarded as 47 presents himself, he does appreciate and like Grey for the rarity that he is: a true ally.

I think 47 had a bond with Grey due to their past, but I don’t think he would put his full trust in him. I don’t believe their bond was anything more than them both sharing the same goal, which was to destroy the Constant!

I think 47 had a bond with Grey due to their past, but I don’t think he would put his full trust in him.

i’m not sure 47 would let grey act as his handler or take info/instructions from him if he didn’t.

Since 47 is singularly focused on bringing down Providence, to the point that he later tells ICA, who has taken care of him handsomely for twenty years to go screw themselves, I’m pretty sure he’d be willing to have Grey fill that role if it was required for the mission. There is a very short list of things 47 would not do to get a job done once he’s committed.

sure, but there’s nothing in the story to indicate that he didn’t have full trust in grey after the memory juice biz. he went after providence because he trusted what grey said.

being as meticulous as he is, the fact 47 subsequently chose to have him in the chair as his eyes and ears is a pretty strong statement.

taken care of him handsomely for twenty years

didn’t edwards set the ica on him and olivia after his escape, necessitating his retaliation? the same ica that harried him in the previous game, no less?

Edwards showed ICA proof that 47 was working against their client without permission and while submitting reports saying he was still on his assignment, indicating to them that he had gone rogue, and they weren’t wrong. It was seen as a betrayal on his part toward them. And in the previous game, it was only Travis’s division that was giving him trouble and Travis was on the verge of being busted for it by ICA leadership, per his conversation with Jade at the end, and they welcomed 47 and Diana back in without issue after it was all revealed and they had a 7-year run without incident (as far as we know). There’s no indication that 47 wasn’t planning to go right back to work with ICA once Providence was destroyed, until Providence convinced them that he was their enemy, necessitating that he destroy ICA as well to get to Providence. Since Providence was personal and ICA was just business, he shrugged it off that he had to destroy his employer, even though he held no actual ill will toward them.

In the case of Grey, correct, there’s no indicate that he didn’t trust Grey enough to serve that function. But no part of 47’s feelings or thoughts about Grey are explicit. While it’s obvious that Grey clearly meant more to him than any other regular person he might come across, and was within the single digit circle of people 47 calls friends, exactly how much he meant to him is not conveyed in any cutscene or discussion in the games, and is left to the interpretation of the viewer. Many on here are romanticizing it as them having a deep brotherly bond, and to be fair there is nothing to say that he doesn’t have that with him. But the game definitely doesn’t show it explicitly, and so I take a more reserved stance on it, that maybe their relationship means more to Grey than it actually does 47.

….exactly how much he meant to him is not conveyed in any cutscene or discussion in the games

plenty of examples in this thread.

All of which, as I have said here, are not explicit, and which I will break down in greater detail when I retype my response to Drib’s post this weekend.

Just because it’s not explicit or up for interpretation (which it isn’t) doesn’t mean it’s not right or true.

Write your little response, I can’t wait to write mine than, telling you why you are wrong when it comes to Grey and his relationship with 47.

All of which, as I have said here, are not explicit, and which I will break down in greater detail when I retype my response to Drib’s post this weekend.

47 going to bat for grey against providence’s elite unit seems pretty explicit to me…? as does letting grey take the hot seat.

but okay, by applying your interpretation, something like the little exchange over dubai mentioned by @LandirtHome would serve no narrative purpose. it seems more likely that it is included to tell the player, in the shortest amount of time possible, that grey and 47’s relationship has deepened.

this needs to be there specifically to up the stakes/impact of post-mission dartmoor. this is a pretty straightforward, nuts and bolts storytelling beat, as far as i can tell. it doesn’t make much sense to include it otherwise.

it seems more likely that it is included to tell the player, in the shortest amount of time possible, that grey and 47’s relationship has deepened.

That and to be a deliberate callback (one of many in H3) to Issue 4 of the comic; to which nerds like me will appreciate.

ah, okay. that’s interesting. i wonder, was the game script finalised after the comic?

A bit of both I expect. Given how far along H2’s development was in 2017 (there’s even references to Vermont and Santa Fortuna in the briefing for The Author), it seems likely they had the outline of what they wanted to do for H2 and comics, but changed stuff without ruining it.

To their credit, they’ve kept to the comic rather faithfully, with the only retcon of note being Janus and Edwards being rchanged to be two seperate people in the context of the comic (when that’s clearly not the case).

Where did you see that? 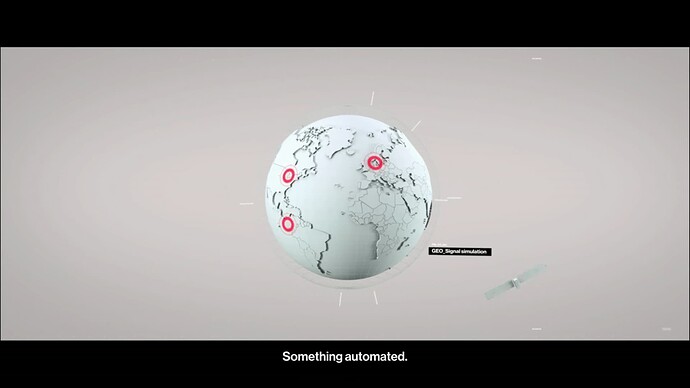 If that’s really referencing that, it means PZ was made after they changed the H2 locations…

Makes sense. This was being made essentially concurrently in an attempt to get funds to stay afloat.

Yes I know the story behind PZ, but it could’ve also been made before they decided to scrap most H2 maps