May is coming!Will roadmap and Freelancer will be launched this month?

I assume there will be at least a Roadmap, since we didn’t get a “roadmap” last month.

(Yes, I am aware we got an image with Featured Contracts and an Elusive Target, but I don’t count that as a “Roadmap” because it was so late into the month).

I am hoping Freelancer is ready this month, however, I don’t mind waiting until it’s ready. I don’t want to be “that guy” who wants Freelancer out ASAP, then complains that it wasn’t ready for launch.

I personally am more excited for “Rocky”, but Freelancer does seem fun based on what IOI have revealed so far.

Can June be counted as Spring?

I personally am more excited for “Rocky”, but Freelancer does seem fun based on what IOI have revealed so far.

So am I. But Rocky may not be released soon. 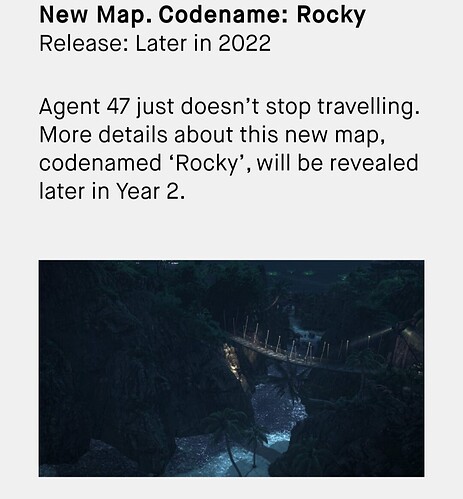 Maybe no roadmap in May like was in April?

Freelancer, release (time) “Spring”. Given that IO might’ve intended for (whatever), like H2 having it all under one hood or however they said it… There might’ve even been the idea that H2 would be an upgrade to H1.

But that might’ve been due to a lack of communication.

Anyway, I’ve learned to take anything they say as “Here’s what we’re planning on, but things might fall through due to unforeseen circumstances, or last minute changes.”

So with Freelancer, things might be going as planned (and we’ll just have to wait), or there are difficulties, or they’ve got more ideas and cool stuff to add.

Expect nothing and you either won’t be disappointed, or you’ll be pleasantly surprised. That’s all I (or we) can do.

If it takes them a little extra time to get it right, then that’s okay.

The only thing we know is that the current released content (The Deceivers #2 ET) is running to monday, the 9th of May.

Contents are released on a weekly basic. ET counting for their week of release.

Roadmaps are usually released a week before their first content, the following friday. It can also be preceded by a game update at the start of the week.

So mid May, potentially.

We don’t know if the lack of roadmap in April is a change in the communication / content release model or if it was exceptionnal due to unique circonstances.

One time is not a pattern.

For my personal opinion : (all the following affirmations are my uneducated opinions and certainly false)

The release of Freelancer is being carefully prepared and is shaping the whole situation. It’s a large project, with a lot of new systems. I suspect it is supposed to be the foundation of the game life for the future. And a prototype vehicule.
It is preferable to have less communication for a few weeks than a repeat of the Arcade and the VR release.

Freelancer might have been delayed, causing the lack of april roadmap. It might have taken ressources out of the scheduled april content (including communication).
We don’t know. But I expect a return to regular roadmap after.

A game is judged at release, the ETA and VR had to be released for the Steam/Trilogy/Game Pass/Year Two launch for the value. Which had to happen at the end of the one year exclusivity deal.
The game was review bombed, the subreddit was private for a day, a lot of the videos created talked about issues and bugs.
It cannot be repeated.
Freelancer can be more flexible in its release date.

In addition to that, the content released in the February roadmap were already in the pipeline, their releases were needed to avoid a waste in ressources. Most of them were found in january in the game data.

I could even hypothesis that the whole pipeline was rethought in january : release was it ready (with some change in the ETA), and then no important release before a “redeeming” one is fully ready, with (almost) full devs concentration. Or we would be seen as deaf. (Of everything I typed this I doubt the most about)

Freelancer needs to be perfectly released.

And as 47 and Diana show, perfection is slow, meticulous, and more importantly here, silent before its execution.

I suggest to be patient and just wait until some official news from IOI will come.
As history shows they release a roadmap till 6th-7th of the month

Expect nothing and you either won’t be disappointed, or you’ll be pleasantly surprised. That’s all I (or we) can do.

Yeah, I don’t subscribe to that mindset, because it’s jaded and cynical as all hell. At least have some optimism. Then, if it turns out to be bad, you can actually claim you were looking forward to it.

the subreddit was private for a day

That was due to a co-ordinated attack on the subreddit, because, yes, people are that petty it seems. It wasn’t because of the content release by itself, that had nothing to do with it.

This thread is a bit redundant. We have no better idea than you do, and can only cross our fingers for it to be ready.

At the very least we’ll know within the next week (possibly), depending on if it appears on the next roadmap or not.

At least have some optimism.

I guess what I was trying to say is to not put any (or much) emotional investment in things. Whatever will be - will be. Just go with the flow.

Edit: I hope that doesn’t (still) come across as cynical. I wasn’t trying to be.

Yes, it was not for the content, it was the usual reddit “I am being censored and will be unreasonnable in my actions and claim it’s justice”. I think mostly started because of the game prices.

But my point of the release being tainted and overall surrounded byatrocious returns stands.
And that’s the kind of things that reshape the approach for a developper.

pretty sure that I hurt that that should be had 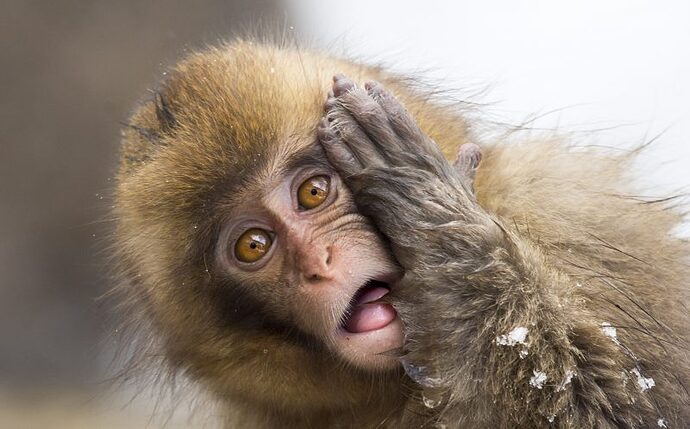 I guess what I was trying to say is to not put any (or much) emotional investment in things. Whatever will be - will be. Just go with the flow.

You went from cycicism to hippie in one sentance flat =P

I think mostly started because of the game prices.

I have it on good authority it was a co-ordinated attack. Nobody knows the motivation, but if I were to guess (and it’s a guess, not a fact), I feel like it was someone who didn’t like the EGS exclusivity and decided to dole out some “justice”. It wasn’t due to the prices; Remember, Hitman 3 did not release until later in the day (Games release 5pm UK time). The subreddit was down for most of it.

I guess it depends on whether what issues potentially delayed Freelancer from April can be resolved in time for May, or if we’ll get “May Roadmap: Plan B Edition”. I’m almost certain they had their eye on April for Freelancer until something happened since there is no reason they couldn’t have been “ready yet” to release a roadmap with the content we ended up getting in April.

The only reason we’d get a June release for Freelancer is if something unexpected and hugely broken shows up imo. I can’t imagine that they were ever targeting June originally, as that gives themselves no time to delay it if need and still stick to the promised window of Spring. They’ve also been talking about the next update quite a bit too recently and going into detail on various things it will fix (which is odd for IO - usually its radio silence until the patch notes release) and constantly referring to it as coming “soon” since early March. So that patch, which will include Freelancer, mustn’t be too far away either.

“May” means “A month” or “Maybe”?We don’t know.We’re just looking forward to new content.Freelancer?Rocky?Or new ET/ETA?So we can’t do anything but wait.