Seeing as the other escalations made recently (such as The Sebastian Principle) have been getting threads I thought I’d make one for the newest escalation.
All targets have been added for the mission, which is neat. Also gets use out of a rarely used mechanic of Mendoza.

Interestingly, hiding a body in foliage fulfills the requirement of ‘Hide all bodies’ in Level 3. Is it the same in contracts with such complication? I thought it only applies to containers and ledges near the bound of a map.

Is it the same in contracts with such complication? 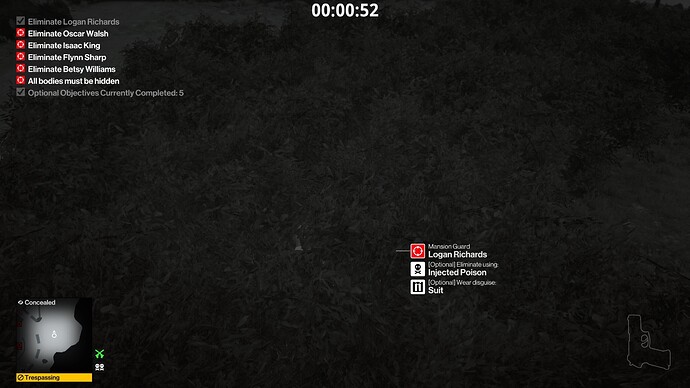 Thanks! When I first played Level 3, I thought I needed to drag some targets all the way to the water.

The levels themself are not too hard (although figuring out what counts as a hiding spot in level 3 is) but experimenting with the sniper mechanics was a lot of fun. There is a particularly funny interaction at the final target of my “aggressive” SONKO run: 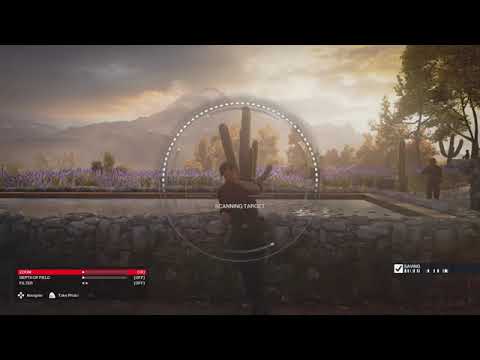 (Sorry for the quality and lack of audio)

Lol good to know about that hiding spot. Will definitely save a lot of time. 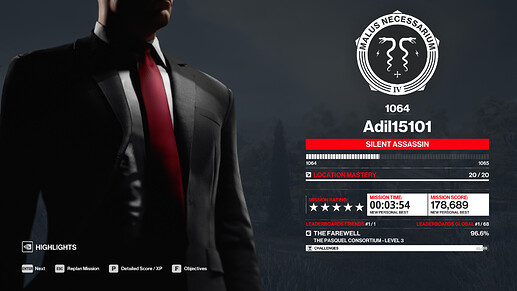 Interestingly, hiding a body in foliage fulfills the requirement of ‘Hide all bodies’ in Level 3. Is it the same in contracts with such complication? I thought it only applies to containers and ledges near the bound of a map.

Seems to only work for targets. Subdued a non-target and hid him in the foliage and the game still told me to hide the body. Also one target accidentally landed on the rooftop and it counted as hidden.

Another time the sniper hit the target, but didn’t kill him. So the target turned around and saw me… when the sniper suddenly fired a second shoot, killing the target. Weird but kind of cool.

I mean look a this: 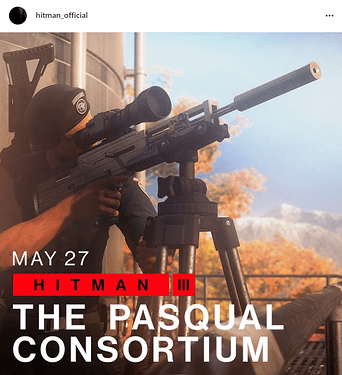 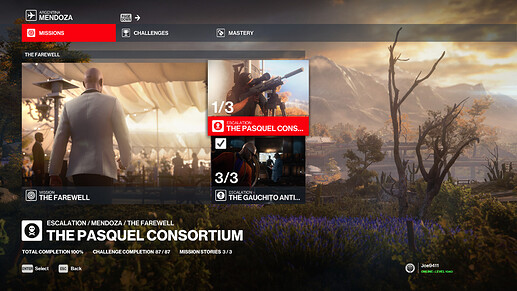 A fun Escalation. I like that it uses a Mendoza unique mechanic. 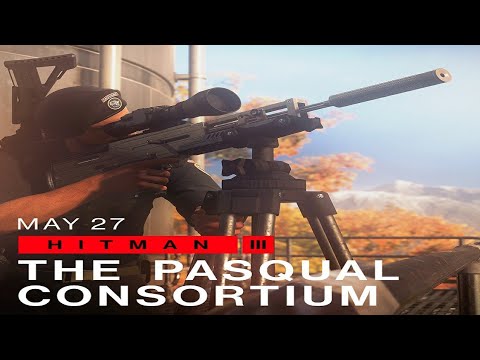 The sniper team is a cool and unique mechanic, so I’m glad it was used for an escalation.

Still waiting for an escalation based around the D.J. booth in Berlin, though. Haha

The only real issue I have with this escalation is the suit only requirement.

Hitman has had a disguise mechanic in it for over two decades now. It is arguably one of the core mechanics of the game. I do not understand why everyone seems to dead set on taking it away.

At least there were no time constraints though!

It’s already a pretty easy escalation, since all you have to do is to scan the targets from afar and press the button for the accident kill. Being forced to sneak around is the only part that makes this escalation slightly challenging.

Still, I agree. Nowadays every escalation seems to be no loadout, forced starting location and suit/almost useless disguise only.

Hiding them added a little bit for the 3rd round. I’m just tired of contracts that add “challenge” by removing core game mechanics. There is no good reason for suit-only restrictions that I can think of.

Ok, this one was fuuuuun. Just spent a few hours perfecting a 2:52 run on the level 3!

Your times were great as always. Where the hell were you all these years? You’re stealing @III_Ed_B_III and I’s top scores

I actually didn’t care for this one. The concept is cool but it’s still dull IMHO.

Hiding in the shadows, honing my craft like a true assassin

Here’s my run. I reckon you could cut at least 3-4 seconds off this with slightly better timing and movement but I’m happy to be #1 for a brief moment

. The 4th guy could be peek-a-boo’d a lot earlier but I didn’t want to risk it.

Interestingly, almost every other video I have seen also grabs the speedboat key from the hut on Level 1, but you actually start with it already in your inventory! I forgot all about the villa key!

Good idea for an escalation in theory, but in practice it turned out a bit too RNG for my liking. I like the outsourced sniper kill, it’s a good mechanic for 1, maybe 2 targets max, but 5 is just a chore and highlights a lot of AI flaws. I had a ton of trouble with this one.

In the end I managed a half decent SONKO run but npc behaviour was different on every restart. It wasn’t perfect, but I liked it

Did what an escalation is supposed to do:
First level is an introduction, and the next two levels up the stakes.
It also made small tweaks to the map (NPCs), and used an interesting game mechanic.
The complications felt like the right amount of challenge for me (mainly the third level).

Probably won’t replay it other than to perfect my L3 run (got spotted by a guard I didn’t see right as I was going to the boat), but even that’s more than I’d put into many escalations. Just remember there was a time IO were releasing escalations in H2 which were literally just generic bland contracts from the stale contracts mode (cough:The Covert Disposal), this is much much better than that, or Jinzhen “be hostile inside a building and melee some people” escalation earlier.

The WoA they’ve crafted is still capable of doing much better than this even in escalations, but this is on the better side of the free escalations they’ve released so I suppose I should encourage it

Here is my SASO run with no KOs. 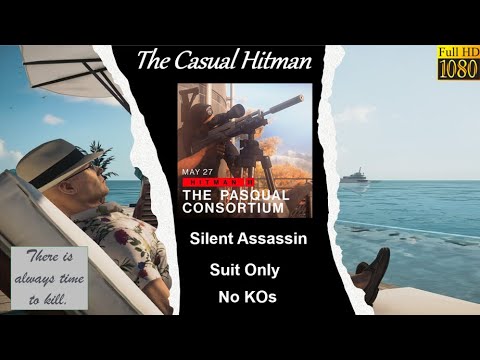