As I reached 100% again, I was playing a lot of contracts. While playing I realised that I always bring the emetic gas device (fart briefcase) and the sieker on my first run. It’s basically three (or more, depending on the location of the impact of the briefcase) free kills. That made me think about new complications. Here are a few suggestions:

That’s all I have so far. I’m sure I will think of some more soon.

That’s all I have so far. I’m sure I will think of some more soon.

honestly if there was something i wish was a thing was a gun specific weapon to get. i really want to see more creative freedom so that people can create more new things that don’t need to be done by way of HCCE. and new complications sound like an interesting thing.

I don’t even think about gun specific weapons. It would just be cool to not have to choose between melee and thrown weapon. That’s why I never use stuff like this.

reminds me how some escalations say to use a certain weapon but let you freely decide how you want to kill them with it. why i mention specific gun weapon is imagine a contract where you have to kill people with a striker. that would be one hell of a challenge. 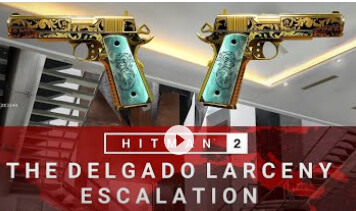 What about letting us use the “restricted loadout” complication? That would allow creators to either make you use an empty loadout OR make you use a specific one.

Your new complications are great. Mine may prove to be frustrating, but here’s some ideas

Here’s some complications I think would be interesting in contracts:

Retrieve X item - there’s an item somewhere and you need to retrieve it to complete the mission, maybe a weapon to kill targets with, maybe an item that’s hard to reach in a certain disguise or your suit.

Restricted starting location - You have to start in a specific location

I really like the starting location restriction. That would make for some interesting contracts! 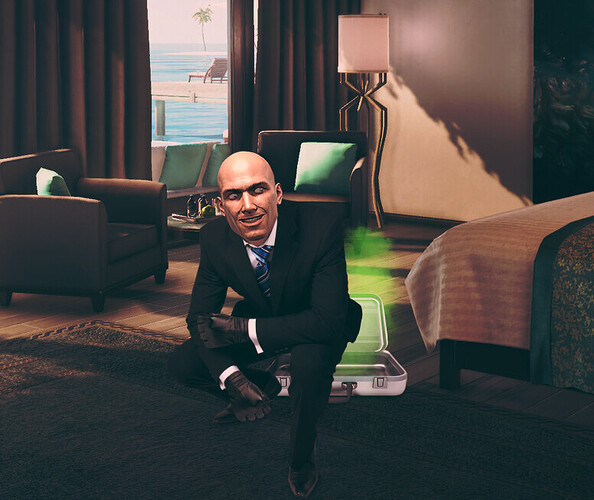 i love it. a true beautiful fartpiece.

These 2 things, not difficult to track :

Make disguise under target kill conditions required under penalty of insta-fail like the escalations - would’ve been ideal for the featured contract Vatican Privilege.

Hard pass for me. I don’t want to be told what to wear, ever.

If an NPC drops and breaks a glass or cup, you will immediately fail.

Add all explosions (including EMP and flash) to don’t miss complications.

If an NPC drops and breaks a glass or cup, you will immediately fail

They drop them quite often, so it would’ve been as annoying as that time limit or no knockout mandatory complications

The dropping of the glass in itself can be annoying and such annoyances are among the best ones to take to the complication level.

Restricting explosion kills so using an accident explosion or breaching charge means automatic failure is an ideal complication that can be paired off with no bodies found.