Nolan Cassidy suit only, no knockout, no load-out, no exploits

What are the best strategies for taking out Cassidy suit only, no load-out, no knockout, and without using any glitches or tricks like weapon lures, bullet lures, or other exploits? Almost all of the videos I’ve seen rely on either luring Cassidy somewhere he doesn’t normally go, or otherwise using an exploit to distract.

Is it the car bomb chained off the car in the garage? Poisoning somehow? What’s the best/most efficient way to do it?

As per my suggestion - the best plan is to collect a propane flask and a car battery.
Throw the car battery in the path of Cassidy, such that nobody notices you - as it it illegal to throw car battery. The battery must create sparks. As Cassidy (or any target) is near that, throw a propane flask leaking. Thats it - Boom. Just bump his bodyguards to save them.
If he smokes, no need of car battery - smoking kills with propane.

I just have the Garage door open, let him wander in and then close the door off.

Then have a small amount of time to get rid of the body guard and then take him out.

Or have a sedative and knock him out though the air vent in the house. Plenty of time to arrange an accident with a propane flask, stove or just dumping the body out the first floor window.

-Just noticed the no knock outs request. Does the level allow Rat poison in the vents?

Pick up three muffins and leave them on the plate for the realtor to eat, one at a time. Eventually, he’ll go to Cassidy and take him and his guard to the empty house. Once they all go to the basement, leave a coin in the living room area directly underneath the chandelier (you may need to do something to distract the plumber in the kitchen if he’s still there). Cassidy will be the first to leave the basement and walk into the living room, he’ll see the coin and go for it, you shoot the chandelier and it’s good night Irene.

Pick up three muffins and leave them on the plate for the realtor to eat, one at a time. Eventually, he’ll go to Cassidy and take him and his guard to the empty house

Huh, never knew the realtor could go to the house. Thought he was stuck there for the whole time.

Yup, it’s actually a good way to get him if he’s a target in contracts mode, because after he gives the tour, he’ll just stand on the front porch alone the rest of the time, giving you the chance to lure him back into the house and have at him.

If you feed him two muffins on the other plate at the muffin stand, he’ll say something about having enough sugar and go off to show Cassidy the house himself. Cassidy won’t go into the vault if the realtor is doing the tour though. Even if you unlock it before he gets there, he still says it’s a shame they can’t find the key and he leaves.

It’s actually three. And when he moves to one plate, you can then place a second muffin on the other, although he’ll constantly stop in the middle of eating one to go to the other several times until they’re both slowly gone, so best to just wait for him to finish one before placing another.

So grab the DAK covert from the tunnel, set up the realtor to take him on the tour, grab the coin off the street, and bob’s your uncle. I’ll try that.

Pretty sure you (the player) only need to provide two on that second plate. The other muffins come from the vendor himself so I didn’t count those.

Is there anytime in the house where he is alone? From what I remember there is the gun collection with the alarms which can get him to run upstairs but can’t remember how guarded it is.

The alarmed gun cabinet is upstairs in Cassidy’s House along with at least two guards who patrol upstairs and one other (Spencer, I think) who can walk upstairs. I don’t think there’s any point where Cassidy is alone in any house (assuming you haven’t taken out the guards). Even when the realtor takes him on the tour, his bodyguard is always a few steps behind him.

You can poison a muffin or something in the house that is for sale to get the guard to go to the bathroom, but he isn’t gone for too long and the realtor is also there with Cassidy.

I could swear that I’ve had to give him 3 separate muffins to get him to go. I’ll try when I get home, to confirm.

Also, I tried the strategy you recommended with the coin under the chandelier but Cassidy didn’t notice it and just left the house. I’ll have another try later.

Yeah, you’ll have to leave it in range. May even need to bring some coins with you and place one, then throw another to get him to look. Beyond that, it should work.

I was able to manage it with just the one coin I found in the level (trying to do no load-out, including pistols). I had to throw it once he left the basement from just inside the kitchen to get him to notice it. Just placing it on the floor wasn’t good enough.

Also, two muffins to get what’s his name to do the realty showing this time. 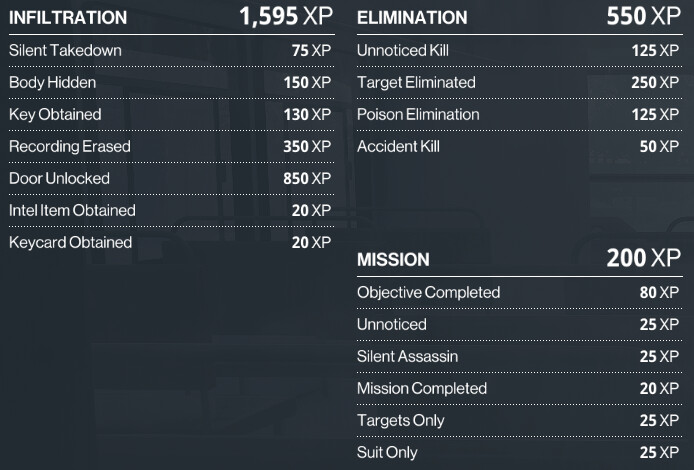 Side note, I have a tendency in this game to completely forget that things exist on the ceiling. Chandeliers, for one, are almost a complete non-entity whenever I play. Need to get better at that.

On Master difficulty there are multiple guards around the fumigator and I’m trying to do a ‘master mode, no load-out, target only, suit only, silent assassin, no knock-out’ play-through as well, so I didn’t want to use the insect poison as it would knock out NPCs beyond the target.

Take the bomb in Janus’ basement and detonate it in the frog habitat, a great distraction.

mind pointing out that the guard leaning on the fence is very broken, might just take out the first guard and then do it in front of him, nothing would happen

Default starting spot, Rat poison from Wilson’s garage, go over fence and around/back over the fence to use on the fumigation machine (hide in the bush if you need to wait), gas Cassidy when he’s in the house, he should go to a toilet to drown, but wait a bit to make sure the other guards go outside and don’t double back if you’re drowning Cassidy and spot you.

There might be a few cameras to avoid and even the exterminator to investigate the machine being turned on - but that’s the most basic strat for having no load-out. -imo.