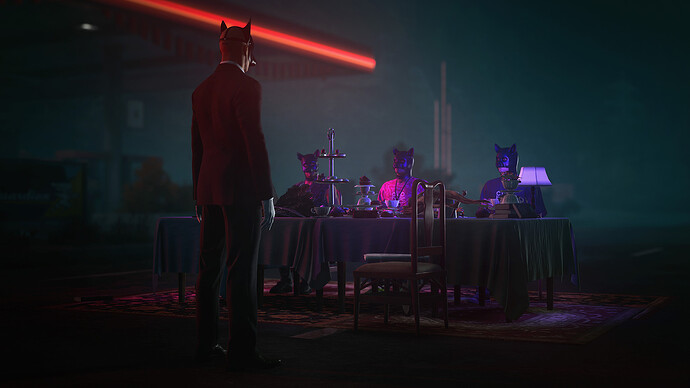 The Halliwell Fable has been released, and can be found in the Berlin tab.

This is the first new escalation in Hitman in more than a year, the last one being the wrath termination in October 2021.
Playing it will unlock the Big Bad Wolf suit.

So I think it’s worth a new topic.

Today will also see the release of a new challenge in the Dartmoor Garden Show, asking the players to complete it in Deterministic mode. Doing so will unlock the Florida Fit suit.

There once was a mother sow who had three little pigs.

The first little pig was carefree. Always he mingled with all, feasting, and partying.

“hu” said the youngest of the little pigs as he stopped his steps and changed course.

Later drowned he was found. And the three little pigs became two.

The second little pig was more careful than his younger brother. Always a shepard dog was by his side.

“whaaaa…” said the shepard dog as he heard the noise of lost currency in the next room. “Am gonna check” he declared.

The second little pig was worried for a moment, but his guarding dog soon came back.

“he looks more wolfish than before” thought the little pig “but his uniform reassures me”,

Later garrotted, in a closet he was found. And the three little pigs became one.

The third little pig was observant. He knew all that lived in his domain. Always in the same room he resided.

Behind his locked, mechanically surveilled door “Everything is good, nothing to signal, sir” was announced.

“I thought I had lost it” said the oldest little pig as he saw a book laying by the fireplace.

He sat to read, and “clonk” he heard in the chimney.

Immediately, passed from a terrible accident he was found. And the three little pigs became none.

“Good work, head towards an exit, the money has been wired to your account” listened in his ear the Big Bad Wolf. For this was his story. A story unknown, and untold by all that lived.

So I think it’s worth a new topic.

I think so too. Enjoy our take on the Three Little Pigs

Looking forward to play it.

This is not the briefing. This is just me having a wee bit of fun during the topic creation.

The escalation itself doesn’t play this way. Much more open ended. How do you access ‘Deterministic Mode’ for DGS? I’ve had it before, but from just going into it - there’s nothing obvious as to how to get into it.

Yeah… I already have the gloves. I’d just like it if the challenge were completed.

My game was already sitting at level 3 in Deterministic Mode and replaying level 3 wasn’t enough to complete the challenge. Had to do all three again.

@Clemens_IOI I like the new lighting in Berlin, but it’s a bit wacky for me on Xbox. Anyone else with the same problems?

Yeah it is a bit bonkers on my Xbox too!

Ugh, I hope we’re not looking at another bugged Challenge here, I just reset the DGS Escalation and completed levels 1-3 again, and the Florida Fit Challenge didn’t pop. Can’t be arsed to have another go tonight but if I get a repeat this weekend then I’ll be popping over to the Bug Report thread and Zendesk.

Did you make sure to do it in Deterministic Mode and not the regular default mode?

The issue is that there isn’t any apparent way to change it or select ‘Deterministic Mode’. You can play the normal 3 escalations and finish.

Going to double-check this right now… 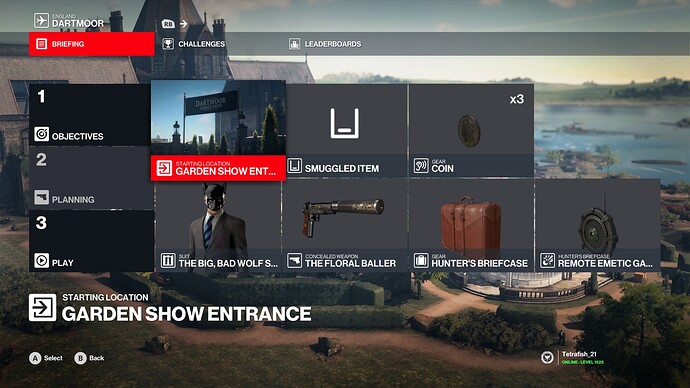 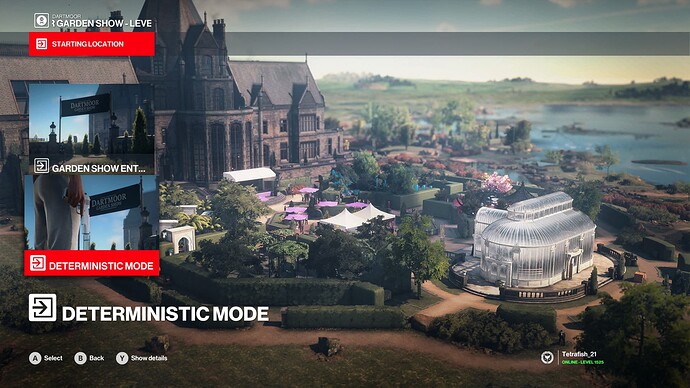 Okay. It’s not that obvious. You have to choose ‘Starting Location’, then choose ‘Deterministic Mode’.

Edit2: Choose Starting location? They could word that better to prevent confusion. What am I going to do? Start behind the greenhouse? What other starting locations are there?

When you reset the escalation, in Level 1, you should be able to change your starting location to the Deterministic one.

Had the same dark black sky box at the same point on my Ps4Pro.It’s probably a bug occuring at certain angle viewpoints.
Nevertheless , I wish this comic-like filter would be added among more improvements of the camera or even better as a full theme of filtered gameplay!!! 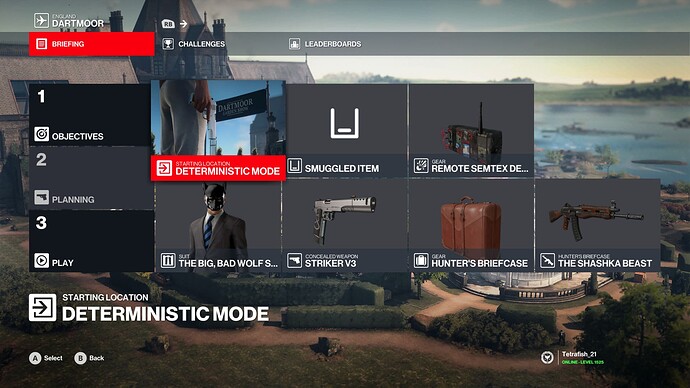 Freelancer gave us one taste of what the game is without a silent assassin rating, without penalities, and now we are paying the consequences… Truly a sad state of affair.

By “we” I mean the targets. Have fun Tetra.

Cheers all, didn’t know that there was a separate thing needed doing to play in Deterministic Mode, will have another go.

So in the 3rd stage of the new escalation killing a fourth pig counts as non-target kill and instafails the mission, unlike Apex Predator. Learned the hard way.

I did the same because I really couldn’t bothered to do it properly, although I just used two explosive ducks because no level requires more than two kills so I didn’t have to worry about a shootout.