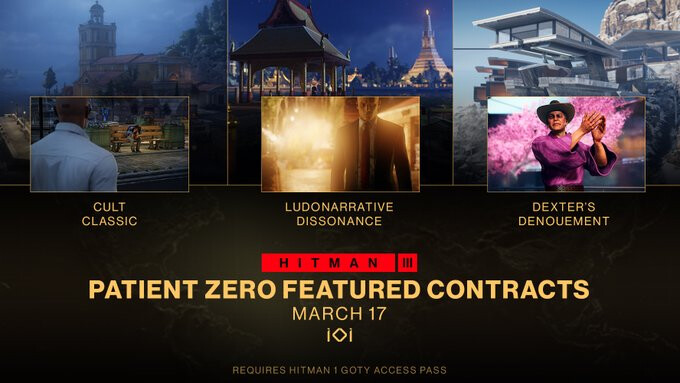 I did Cult Classic and found out that the Screwdriver that you can take into the level doesn’t count as a “screwdriver”. Then, since I was wearing the superfan outfit at the moment that Jeff decided to jump off the cliff, I got dinged for having the wrong disguise on. I didn’t play the other two yet.

Damn it took a long time for the thread to be made. Holy shit.

I was positive that I just missed it… guess not!

Looking forward to playing these.

First one is fun. Second one is challenging. Third one is meh.

So I was going to do a second playthrough of the contract in the author but now Jeff is gone and I can’t complete the mission. What happened?

FYI - there might in some cases be a visual bug that doesn’t show the complications as optional in the menu. But fear not! Many of them are.

I know, because I made them. But in-game they show as optional.

In Cult Classic, the “No Pacifications” complication is mandatory. Was that intentional or an accident?

That is as intended

These were ok, but its awesome to finally have contracts mode on pz and author

Was enjoyable enough and a fun little humorous campaign for the briefings. Was a nice introduction for these contract mode maps.
Plus, it was refreshing to have FCs away from the Hitman 3 maps. Hope there will be more variety for what maps can be used now.

While the starting off in a hostile suit for Patient Zero will give a few contract makers some neat ideas, I do wish we could have an additional start and disguise for contracts mode though.

Also, Hokkaido is my favorite map and I’m excited that there will be new reasons to play it!

If you leave Jeff killing himself, you’ll fail the complication “kill only target”

And its more challanging if you play suit only, in hostile area, and the spy abilities are great

FYI - there might in some cases be a visual bug that doesn’t show the complications as optional in the menu. But fear not! Many of them are.

Yeah, we have been complaining (and reporting) about this bug from day 1. It used to show properly in Hitman 2 but has been broken in Hitman 3 for over a year now.

TIL that the whole screen blows off like this. 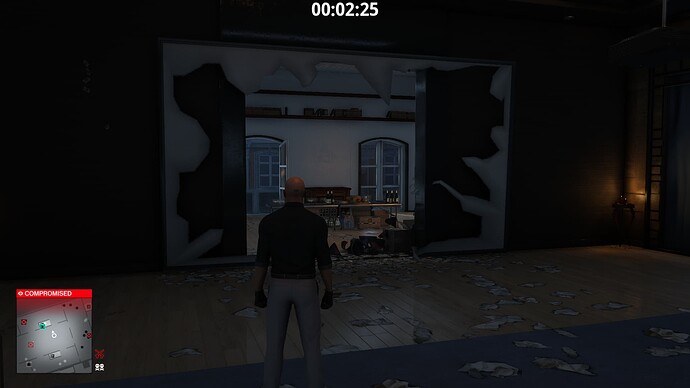 So maybe I’ve got a couple mods turned on in various parts of the game. I don’t know if it’d cause this weirdness…

Edit: No. It’s just some quirk where Jeff will be in the mission if he was alive in the previous one. …So you have to play the previous mission as they’re in the game before you do this one. 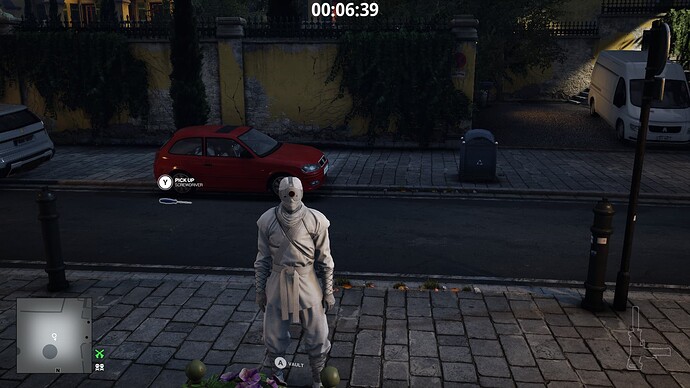 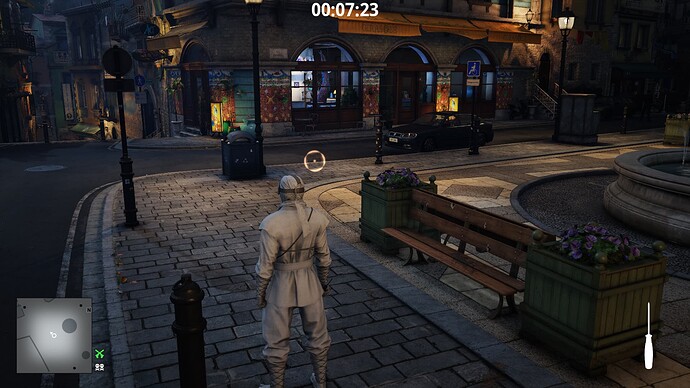 BTW: There is literally no “Jeff” in this contract to kill. At least, no VISIBLE Jeff. For me.

Edit2: Notice the blood splatter on the bench? And yes. There’s “something” there allowing me to aim at it.

I brought in the Professional Screwdriver, and it DID NOT count as a screwdriver. Also, if you complete the Bangkok mission (Ludonarrative Dissonance) first, Jeff doesn’t spawn preventing you from completing this contract.

So basically, you have to beat these in what would be reverse order from the original campaign to avoid Jeff being absent, is that the way this is working?