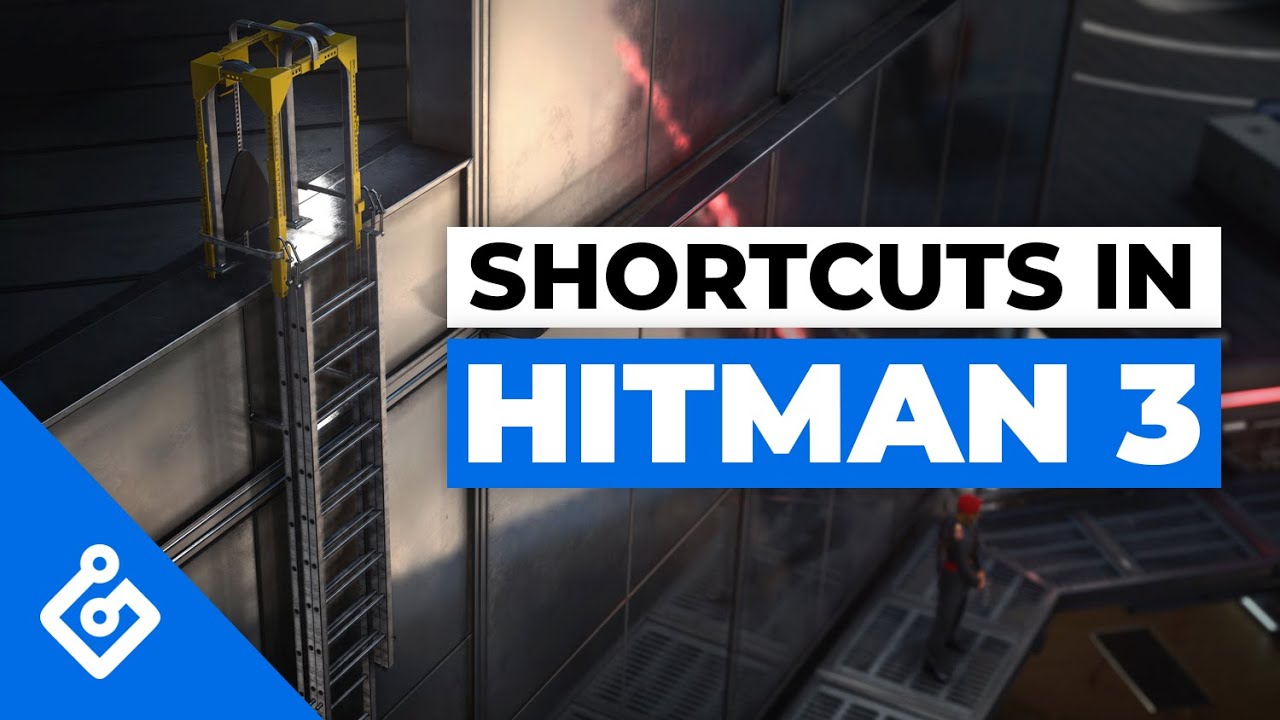 Haven’t watched the video yet, but thought this would be interesting to link in here. Will be back with comments.

Edit: Not a very long video but it basically confirms what “persistent shortcuts” are with a visual example of one. Still not sure about this, but it all depends on how easy the shortcuts make the levels really.

We see two named shortcuts. “Ventilation Area Ladder” and “Helipad Ladder”
One of them leads to Carl Ingram, but it’s unclear how hard it is to reach said shortcut, and the player just uses it to sloppily pop him in the head in front of witnesses, so…

i still dont really understand how people can “dislike” this feature tbh. it’s the most harmless feature i’ve ever seen

Because once of a lifetime thing is just useless

I think they’re worried that this design will fail, and as a result you’ll have paths that are “too easy”. I think it’s a fair thing to worry about if that’s the case, though I think IO probably knows what they’re doing.

It’s the same thing as Challenges as I see it. People like progression and getting things for exploration/replay. I don’t see how that’s useless.

As I told the developer in person, I would like the challenges to have an opportunity to be reset as sometimes it’s interesting to do them again

I don’t see how that’s useless

It would’ve been much more interesting if those things worked as usual - you need to open them in each walkthrough. But this… I don’t understand the sense of doing them

I think they’re worried that this design will fail, and as a result you’ll have paths that are “too easy”.

Let’s be honest, the game is already “too easy”.

Unlimited subdues, unlimited safes, mission stories telling you exactly what to do to achieve SA…

If you’re looking for a hard game you should probably go for Silent Assassin or Absolution on the highest difficulty.

I’m not worried, because I’m mostly playing to game to explore the map and can set up my own rules to make things more challenging.

Just judging from the video, it feels more like a trick to artficially force people to explore the map. Proper freedom of explorarion would be if you can go anywhere anytime you want if you find the paths.
The way it seems with unlocking these ladders is that you will run into lots of dead ends instead…

I’m also hoping there’s a way to reset those shortcuts. Not a big fan of stuff you can only trigger once per save.
Though I have nothing against the shortcuts themselves.

Just judging from the video, it feels more like a trick to artificially force people to explore the map.

Indeed. And people will still just go to location discussion threads, HITMAPS, or watch YT videos to complete all shortcut challenges. Ah well, that’s how collectable works since it was invented in video game industry. It still requires someone to find them first though.

This is really cool as a feature that will reward exploration even more! Also, it’s me or the gunshot animation and sound were more smooth compared to H2?

As I say in the other topic, I like this feature: it give me metroidvania and souls vibes. Shortcuts are basically a way to directly reward exploration: nothing more, nothing less.

It’s nice to see these shortcuts in work, it gives a more clear answer of what we can expect

Just judging from the video, it feels more like a trick to artficially force people to explore the map. Proper freedom of explorarion would be if you can go anywhere anytime you want if you find the paths.
The way it seems with unlocking these ladders is that you will run into lots of dead ends instead…

I don’t think this is the case and also I think you are overestimating their overall presence in each level. They will probably be few and far in between, connecting specific areas of the map so you can reach one or more targets faster.

Yet this hasn’t been true for any of the maps IO have created for this trilogy, there are always multiple points of entry and ways out of a room/zone. So why would it be different this time around? This is just adding more options on later play through.

This is basically like keycard doors in many maps, however they stay open and you only need the “keycard” once. Where in maps with keycard doors you can either bring a tool to bypass the from the start without having search for a card. It’s also a shortcut.

I’m more worried about the sticker on that gun.

Well not really but still.

This is new and I appreciate IO trying something new. I’m skeptical due to how easy it might make a level. Think about the ladder down in Mumbai from the lady friends house. If that was always down and unguarded then it would make the level easier.

I wonder if Master difficulty will not feature previously unlocked shortcuts?

Think about the ladder down in Mumbai from the lady friends house. If that was always down and unguarded then it would make the level easier.

I mean, you could always shoot it down from below. Requires a gun but it’s not hard to acquire.

I’m skeptical due to how easy it might make a level. T

They are luckily still very optional, you can choose them to get a quicker kill. It’s not a forced option, unlike the upgraded gravity gun from Half-Life 2 that made the final level extremely easy.

the sticker on that gun

True but it makes sense that it’s tied up since it’s not guarded. I suppose if the level was designed with a door being locked and then you can permanently unlock it then the feature will make little sense to me. If it was designed with it unlocked and then IO locked it until you find another way to the other side it will not be overpowered. In any case I’m skeptical, but not upset. We will see how it goes.

This feature can work out really well if applied correctly. Imagine any Hitman map so far without rain water pipes initially with the ability to unlock them each one after another. The maps don’t have to turn out being too easy if they are initially harder than usual.