Hello. I’d humbly request of IOI to do what the title says: to release the Trinity Pack as a separate, purchasable DLC on all platforms. Why? Simple:

So you’re basically trading a bunch of suits for the stigma of having an incomplete track record either way. It’s incredibly frustrating since it’s a lose-lose scenario. At the very least they should allow people to hide previous ETs, or heck, remove them by default for everyone who got the game on Steam. They aren’t even a part of that version anyways, it’s not really fair to display “missed” content you weren’t able to acquire in the first place.

Of course this wouldn’t be an issue at all if they were allowing people to carry over progress from H3 (Epic) to H3 (Steam) but I take it that’s not going to happen.

I’m guessing that it’s coming soon. The Trinity Pack is free for Steam purchases for the first 30 days, so on Day 31 they may just finally just put a price on it (and put it out on other platforms).

They’d be stupid to never put it up for sale since it would require minimal work and enough people seem to want to buy it to make it worth their while.

wish PlayStation got that.

No more needs to be said for Xbox as well

I posted this on the unlock thread. If some HMF mod could move my post and all the related ones under it here, that would be nice. 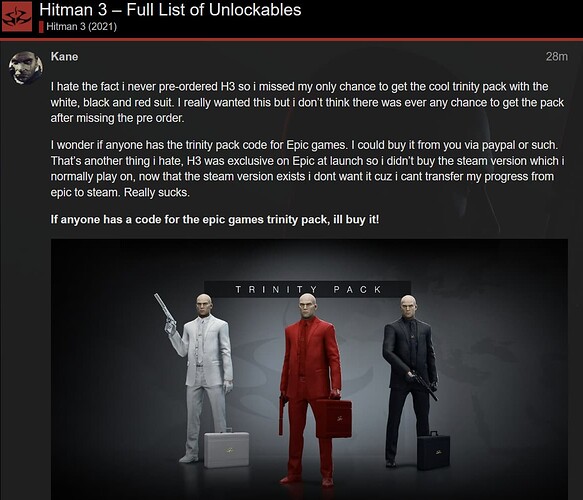 So yeah if anyone has the epic games Trinity pack code, i’ll definitely buy it. Just name your price. I wish IOI just sold the pack on stores.

i would just want the code for PS4 itself.

I hate the fact i never pre-ordered H3 so i missed my only chance to get the cool trinity pack with the white, black and red suit. I really wanted this but i don’t think there was ever any chance to get the pack after missing the pre order.

I wonder if anyone has the trinity pack code for Epic games. I could buy it from you via paypal or such. That’s another thing i hate, H3 was exclusive on Epic at launch so i didn’t buy the steam version which i normally play on, now that the steam version exists i dont want it cuz i cant transfer my progress from epic to steam. Really sucks.

If anyone has a code for the epic games trinity pack, ill buy it! 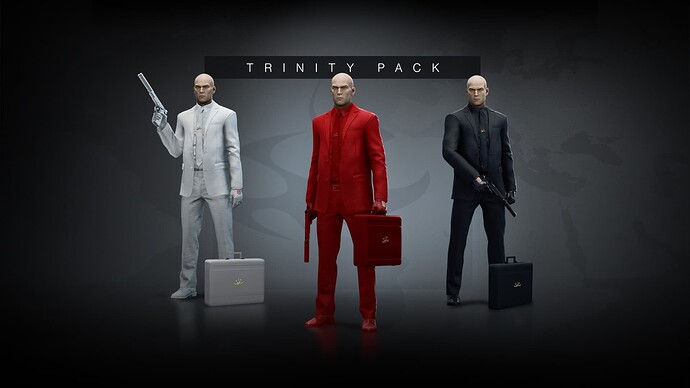 By this point I’m starting to think we may not get the Trinity Pack as a seperate purchase until Year 2 is over and Hitman 3 is done with.

We got the Blood Money Requiem pack on the 1-year anniversary of Episodic WOA release, but that’s long gone for H3

By this point I’m starting to think we may not get the Trinity Pack as a seperate purchase until Year 2 is over and Hitman 3 is done with.

I hope that statement gets taken back. Sooner rather than never.
I hope we can buy it or get it for free for a limited time on platforms other than Steam.
It’s one of the only things i’m missing.
#TrinityonXbox

I just sent email to IOI about the trinity pack. I hope they respond.

I don’t spet they would, if you do, amazing!

Maybe IOI could just have the trinity pack be a time consuming unlock at this point. For example 100% all Hitman 1, 2 and 3 maps or something similar.

Or just sell the pack for like 7 dollars. It’s such a cool and stylish pack.

So I get it free? Awesome!

. I’m not the biggest fan of the new Hitman trilogy but i like the game enough to 100% it. Trinity pack is so cool I’d be pissed if it was never available again.

IOI will probably make a “Hitman 3 Premium Add-Ons Pack” and include this, Deluxe Pack and 7DS once the “Year 2” (or anything planned beyond Year 2) is done with.

The biggest probability is more likely IOI to release - and i hope they would, a Complete Trilogy Edition for the PS5, with all the downloadable content. ETs would be finally available as unique target locations for example and preordered dlc would be available. This would be the logical step. But we’re not done with the monthly releases and the year itself so you’ll have to be patient.

Wouldn’t hold my breath on IOI having the sense to finally release ETs as unique target-locations, but I hope they prove me wrong.

Giving this a little bump, since I’ve seen they added new cosmetics (the ‘Street Art’ and ‘Makeshift’ packs) recently. This would’ve been the perfect opportunity @IOI

I have chosen violence. 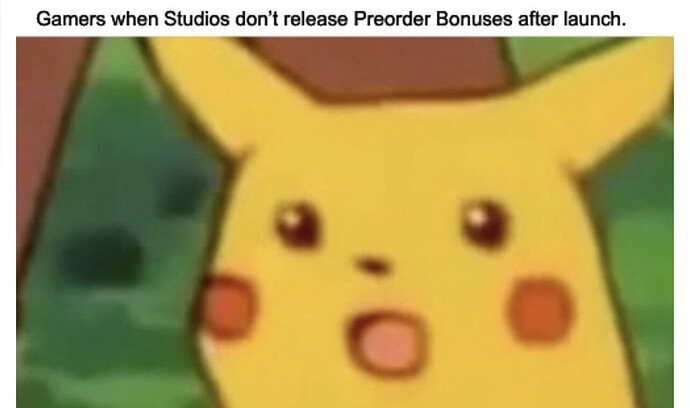