(1) Sony bought Bungie mainly for “Spartacus” which is their future to-be-released, three-tiered subscription plan that is to replace PlayStation Now and Playstation Plus.
(2) The difference between Spartacus and XBOX GamePass is that the top selling franchises from Sony like Horizon and God of War will remain outside the subscription plan, unlike GamePass where most XBOX content will be available through GamePass.
(3) Playstation’s plan to fill its subscription service is to invest in and/or buy up ten so-called service game franchises, like Bungie’s Destiny (or e.g. League of Legends or Warframe) over the next five years.
(4) The service game franchises in the Playstation lineup will come with regular monthly updates, where new content is provided through this monthly subscription model.
(5) The Hitman Trilogy is a good example of the game-as-a-service, with a large and active player base run through Azure cloud computing platform.
(6) Some gamers would be willing to pay for regular content updates of Hitman within a monthly subscription model.
(6) I am certain that Sony has approached IOI about porting new additions to the Hitman Trilogy as a live, service game within their future Spartacus subscription service.
(7) While many gamers won’t be willing to pay a monthly subscription for new Hitman content, there are others who would be willing to financially support regular Hitman content within a permanent games-as-a-service model.
(8) The appearance of Hitman as a live service through monthly subscription makes sense, and it also fits within Sony’s vision to compete with XBox Gamepass.
(9) While the existing Hitman Trilogy up to end of 2022 will remain for purchase, one can imagine new Hitman content beyond this paid for through a monthly subscription service. 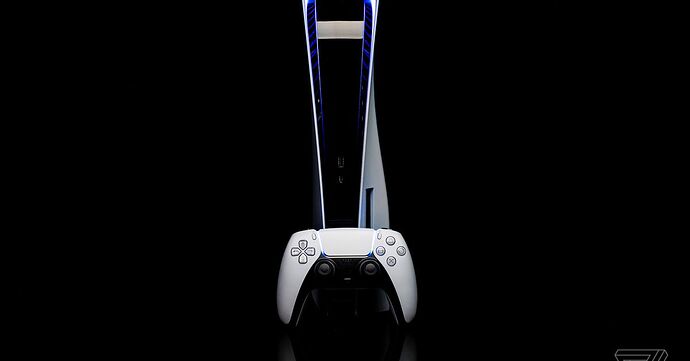 I don’t think there’s much weight to this prediction. It’s an interesting thought that could happen, but very unlikely.

The Hitman Trilogy fits what Sony is after.

While it is clear that IOI’s did not intend to push new content updates for the Hitman Trilogy beyond 2022, I am certain that Sony has come to IOI more recently, as well as other developers to port their franchises within a permanent live service model that Sony is planning to launch, and aggressively wanting to spend money to support.

It’s way more likely MS buys them instead, especially considering they are literally already developing a game for Microsoft lol

I was just thinking this.

Plus with Hitman 3 recently being added to Game Pass, I’d say it’s a bit of a reach.

At least with MS recent acquisitions, they are will to have established IPs stay multi-platform. Unlike Sony coughSpider-Mancough and they can get lost with that mentality.

IOI has had a close relationship with Sony already with Playstation exclusive Hitman content, and the Hitman VR first as a Playstation VR exclusive release.

I think that the relationship with Sony and Bungie is really interesting where Bungie is within Sony but able to develop and publish their current and future content on other platforms like XBOX.

It seems to me that IOI would gain in being able to have Sony support a team within IOI for a subscription service of future Hitman content.

Who knows, it could be possible that Sony buys out IOI for the possibilities of the Project 007 franchise falling under Sony’s domain too.

Purchasing IOI would be pocket change for Sony compared to Bungie or Activision-Blizzard.

If this does happen we probably shouldn’t be celebrating the further consolidation of games within consoles.

From what we know, IOI is developing Project Dragon,some sort of massive multiplayer, GAAS game for Microsoft. I have my doubts Sony would want to buy a studio where a significant amount of resources would be dedicated, contractually, to developing a game for the rival company

Depends what they are after. I don’t think IO would be interested given fans are spread across all platforms and to buy and gatekeep future content to one platform would be a really bad move to all other consumers (especially when alot of good will has been lost). Plus Hitman’s live service model isn’t exactly the most profitable compared to most others. I.E no loot boxes or purchasing skins/costumes each month in rotation.

Also given the Hitman series is really up and down when it came to it’s content drops with an extra year due to how well Hitman 3 sold.
Plus add-in any high value content would take a year at least to develop (Maps etc…) so would be at best if Sony bought now looking at mid 2023 for anything worthwhile to show for it and that is ignoring current dev teams working on Freelancer and the new map.

Plus feels like IO can’t really add much new mechanics into the game and more experimenting with what is there to expand future ideas and mechanics for potential up-coming games (Freelancer would work quite well with Bond).

Well Bungie is now with Sony but was formerly with Activision-Blizzard which is now with XBOX.

We are into a period of consolidation, because two out of the three biggest console players (Sony and Microsoft, not Nintendo) are in a head to head matchup for subscription services.

It is not unlike the movie industry where there was once only one player: Netflix – and now there are a dozen Netflix like subscription services.

In fact, IOI themselves conceived the Hitman Trilogy as the “Netflix of Assassination”.

I can’t predict with 100% certainty that future Hitman content will be part of Sony’s future subscription service, but it isn’t as much of a stretch, IMHO, as one might think, given the buying power of Sony and their willing to invest in a new subscription service to prevent a failed launch like Google Stadia…

Who knows, it could be possible that Sony buys out IOI for the possibilities of the Project 007 franchise falling under Sony’s domain too.

Eh, Depends what the current contract is with the Bond License Owners.

I am more confident that IOI has been approached since they have become independent about a long term exclusive partnership with Sony, and possibly Microsoft…

In fact, IOI themselves conceived the Hitman Trilogy as the “Netflix of Assassination”.

I can’t predict with 100% certainty that future Hitman content will be part of Sony’s future subscription service, but it isn’t as much of a stretch, IMHO, as one might think, given the buying power of Sony and their willing to invest in a new subscription service to prevent a failed launch like Google Stadia…

I would more put a bet for any future Hitman games than the trilogy and given as mentioned IOI could be doing a GaaS system for Microsoft, it can be far more likely for it to be Microsoft if it pans out well.

Microsoft has been trying to buy IO for 3 years according to Klobrille and Windows Central. Now they are working with MGM (Amazon), I think it is even more difficult and not in the interest of IO. Yes, there will probably be a partnership with Xbox Games Publishing for their new IP, but I see nothing more happening at least not in a near future, same about Sony. 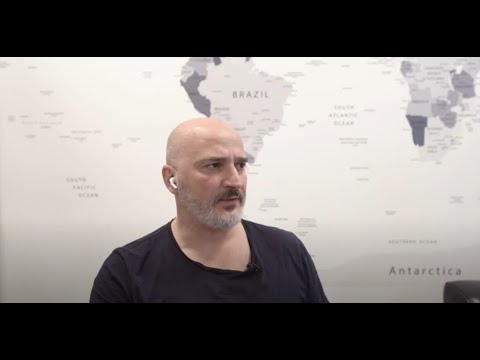 IOI has been pretty quiet lately… They stopped twitch streams and monthly IOI updates. It is possible that they are going through a battle of acquisitions from the two consoles at war with each other…

Not the first time you’ve posted about this, David, but I still don’t see this as any more likely than the last time you brought the topic up.

Different circumstances now that there is launch of Sony’s future subscription service, in competition with Microsoft’s, and both companies are willing to put up a lot of coin for it.

Maybe… if I make this prediction regularly enough, then I will appear as a genius when it turns out to be true. LOL.

At least with MS recent acquisitions, they are will to have established IPs stay multi-platform. Unlike Sony cough Spider-Man cough and they can get lost with that mentality.

Ignoring that Sony owns most media rights to Spider-Man hence their exclusivity to Sony platforms, you are aware Sony is also allowing their latest big name acquisition (Bungie) to be a multi-platform studio as well right? It was the first thing they said after announcing they bought Bungie. Also MS monopolising the industry to be a content mill for Gamepass isn’t on the same level as Sony keeping a Sony property on Sony consoles.

Also on a more general point Microsoft most likely won’t be buying IO, people say that every year and if IO wanted to be a MS exclusive company they most likely would be one by now given their hardships since leaving Square.

Well bear in mind they haven’t had much to release since 7DS and at best, tease and detail upcoming content which is still months away with only the ET arcade and PC VR being the current releases. Plus all the work needed to release on Steam and other platforms (add the on-stage and behind the scenes fires from the disaster it was) they are not likely in a good position to do a stream till they have some more bigger content to show in-depth.

Plus any road maps till then will likely be ET reactivations, ET Arcade and FC.

What would be the interest of IO in this, while they can stay fully independent and be helped by MGM/EON/Delphi for Bond and Xbox Publishing for the other game ? They’re in a good situation right now, no reason to change anything. Unless Hakan wants a brand new Helicopters fleet for his Spain trips.