Sniping seems to be bugged in Marrakesh, potentially other old levels

I am playing this digitally on an Xbox One S.

There is a small little sniper’s nest outside the school, you know, the one you have to climb around a building to get to. If you snipe Reza Zaydan from this location, in the updated Hitman 3 edition of the level, the guards will be sent into “SEARCHING” (as they should), guns pointed towards the sniper nest, but they will literally never exit “SEARCHING”. Ever.

I’ve tried sniping Zeydan from multiple different angles from this sniper nest, but each yields the same result: Guards go into “SEARCHING” but never come out.

Where this is a major problem is the fact that this sniper nest only has one exit to it, which is the same way you come into it: By climbing around a building. If you exit while the guards are in “SEARCHING”, you will most likely get shot to death before you can make the other side, and if you don’t get shot to death, guards have already raided the building you’re entering (the Headmaster’s house) and will kill you with ease.

What’s also interesting about this is that I didn’t have this happen when I sniped Claus Hugo Standberg from the sniper nest in the marketplace. It seems to be ONLY this location in Marrakesh that cannot go off of “SEARCHING” and is a deathtrap.

Has anyone had this issue on other levels?

I think those places that trigger the endless searching are the areas that guards can’t reach: That section in Marrakesh, (infamously) the water tower in Colorado, I think the radio tower on Haven Island (though it’s been a while so I can’t remember for sure). It’s like because they can’t search the area they need to, they never stand down.

My solution is to just never snipe from those areas unless you can do it SA.

This has certainly been a thing before as well. I remember that happening back in HITMAN 2016.

It wasn’t like this for the Legacy pack in Hitman 2. I remember specifically thinking “well, that’s silly” because I was able to snipe Zeydan and then the guards just gave up looking a minute in

Just tried it and it is like that in H2 legacy. Maybe they didn’t see him get shot, just found the body a little after that?

What exactly would that change about their reaction?

And I found this other thread about being able to safely snipe Zeydan from that location, they mention nothing of being shot, compromised, etc, coming down from the sniper nest, which had been my history with the nest as well https://www.reddit.com/r/HiTMAN/comments/5ybdah/i_finally_got_the_sniper_assassin_challenge_on/

When guard NPC:s see someone get shot, they know where the shot came from and run to that location, which obviously isn’t possible if you chose a spot they can’t get to. If they just find the body they obviously can’t know where they’ve been sniped from and just investigate it like any other murder.

I’m gonna report back with my findings, gonna load up a save and wait for Zeydan to be in a different area of the school before I snipe him, but I’ve sniped him countless times when he’s leaning out a specific window, and this never happened on the Legacy version in H2. I’m hoping you’re right, but even then, in Hitman 2, guards would eventually give up looking for you if you sniped from a location they couldn’t reach

Hold up, back soon

Iirc, the guards would always exit searching mode when I sniped him from there, though I think it was always the case that they didn´t see him get shot, but found the body. (speaking of H2 btw)

Anyways, there´s a spot Zaydan goes to in the school where you can lure him with one shot to come close to the window, and kill him with the other (didn´t work in H1 but did in H2). His body never gets found there, so it´s ideal for a SA sniper kill.

Well… I recreated the situation in Hitman 2’s Legacy content the best I could (wore the same disguise, took the same sniper rifle, etc) and after I shot Zeydan in the same spot I was doing before… Guards went into “SEARCHING” but then came out of it after a minute.

I’m trying to replicate things as closely as I was doing them in Hitman 3, but I’m getting drastically different results, I honestly think this area in Marrakesh is bugged in Hitman 3

True sniping is bugged all over the game. It is completely impossible to do sniper-challenges from designated posts without being found rather quickly.

It actually grinds my gears for a bit. Because I’m a scope-enthusiast. I do hope for changes here, because I want to be able to pull off Colorado, Haven.

I won’t be holding my breath however. Game can’t be made too easy, must know.

Hey Max,
i’ve tested some scenarios in Marrakesh to see if there are sniping-bugs:

End Result: I cannot confirm any mechanical bug belong to sniping in the actual state. It’s working fine (For Marrakesh).
Maybe you just stay too long at the sniper nest to analyse whats going on? Maybe more than 20s?
Can you give me some more details about your approach (Difficulty, Rifle, how and when you exactly exfiltrate the sniping nest after the kill)?

Just tried this out now, Suit Only (pro difficulty) and I was using the Sieger 300 Ghost, the search ended pretty quickly: 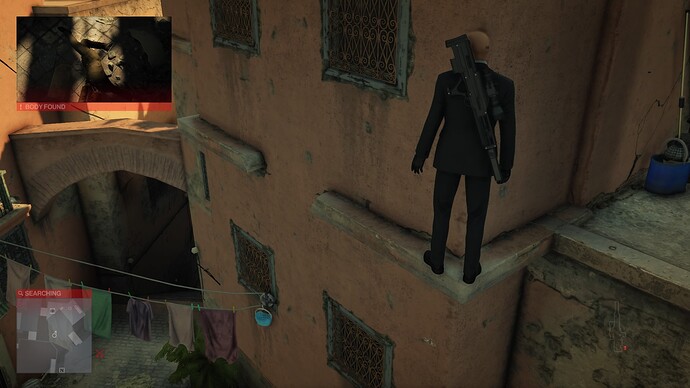 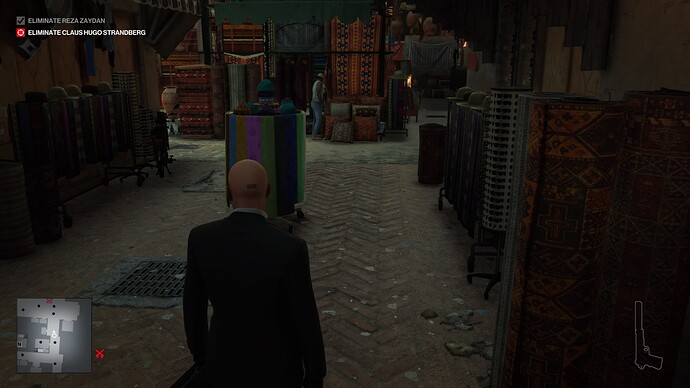 the water tower in Colorado

Just took out Strandberg as well: 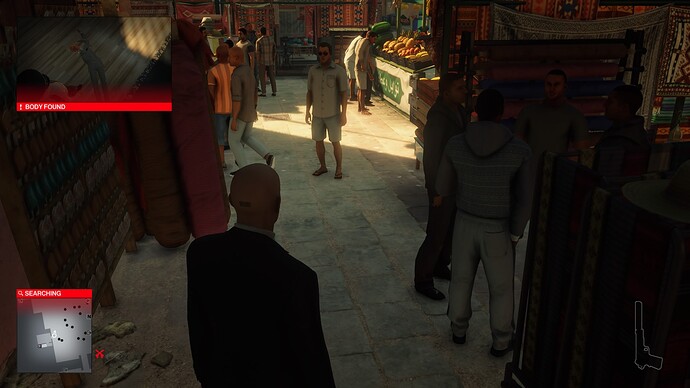 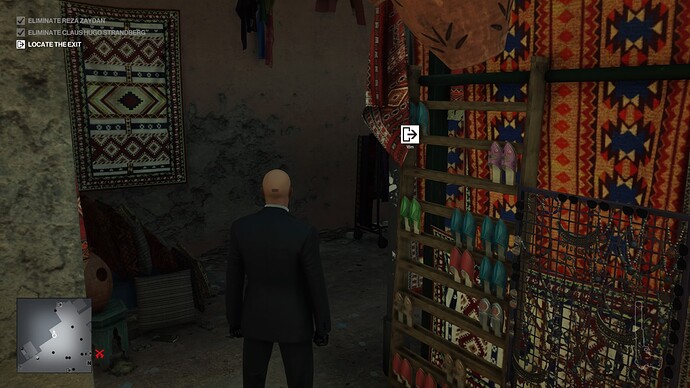 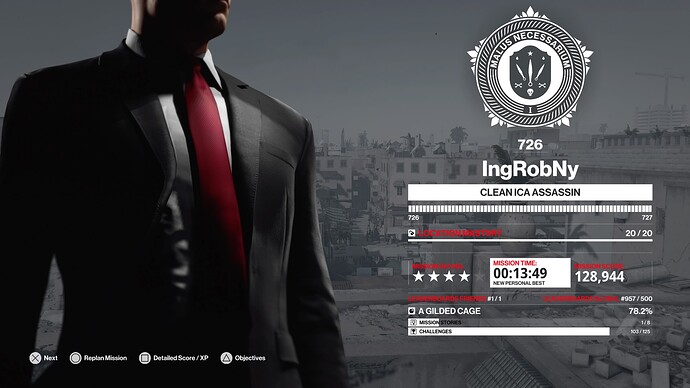 If someone don’t have the Sieger 300 Ghost and would like to have it, it’s really a easy sniper rifle to obtain, do the 3 level Escalation: The Cheveyo Calibration in Marrakesh.

So… I just spent 45 minutes trying to achieve Sniper Assassin on Apex Predator (Berlin). I eliminated all 5 with my rifle, even if some of them had to be knocked out first. I hid every body that needed to be hid (that makes three), one went into the water, and one was an accident kill with the crane. I had Silent Assassin all the way to the exit.

Yet, no Sniper Assassin.

one was an accident kill with the crane

It’s not a sniper kill then.

Not even if I used the Sniper to trigger the drop? Oh my God, that is frustrating!

Well the challenge says you have to eliminate the targets with a sniper rifle, not just use it to indirectly cause their deaths.

You don’t need to do it silent assassin though.

Then I do have some false memories, because I could swear using a sniper rifle to trigger accidents has been used to accomplish these challenges in the past!

Alright then, so I’ll probably never get Sniper Assassin in Berlin!

It’s not hard to do. Their bodies getting found doesn’t ruin the challenge.