I now truly believe this is roughly the timeline that the writers envisioned (Please IO). 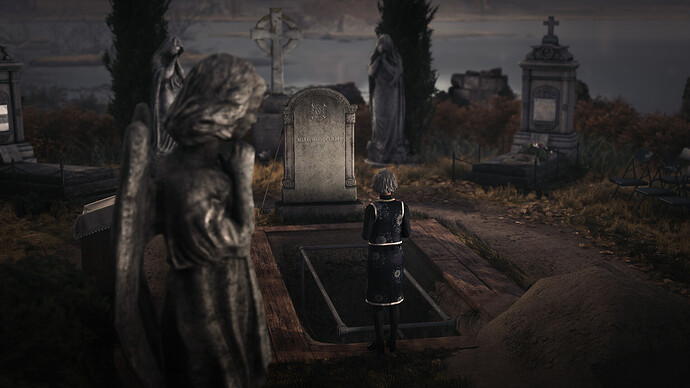 So this photo confuses me deeply.

Aside from showing that the actual timeline takes place February-November 2020/Early 2021 rather than February-November 2019 (even though Michael Vogt, who was their main writer for the whole trilogy, said in a video that the first game is set in 2019), if you look closely at her grave it says that Alexa died (or rather faked her death) in 2021.

This simply not possible given that the Partners faked their death right after the Ark Society (this is obvious from the Bank cutscene), which is in November. The only way this 2021 date could work is that for some reason everyone waits for 2 months (so until January 2021) to do anything.

So after the Ark Society 47, Diana, Gray, the Partners, the Constant, Providence, all sit on their asses and the story freezes from November until January when magically everything happens. Safe to say, 2021 is a mistake and Hitman 3 most likely starts in November 2020 and lasts until early 2021 but it remains to be seen when the game releases. This is weird because the US presidential election is never mentioned throughout the game. Regardless of how annoying they are for us non-Americans, the elections are certainly a topic that’s talked about everywhere and it’s weird how not a single mention of it exists throughout WOA. In addition, Blood Money’s story was influenced by the in-universe 2004 election.

EDIT: Now I actually think this just moves the timeline from February-November 2019 to February 2020-Early 2021. I have edited my comment to reflect that and will get on to editing the poster when more information comes up. 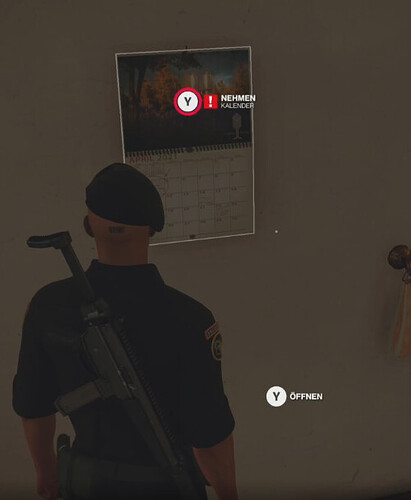 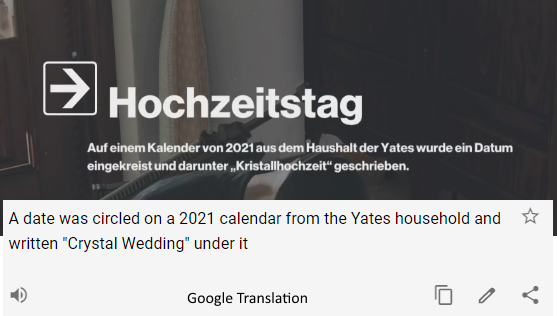 This calendar in Mendoza is another proof that the game story reaches into 2021. I usually disregard calendars as they are all inconsistent but this is mission intel and it specifically mentions 2021. I guess it also shows that Mendoza is set on or around April 4th.

Yeah in gonna assume the writers weren’t too bothered about the timeline at this point. If you look at the article about Alexa’s death it says she (fake) died on the 24th May. Which really doesn’t line up with Ark Society clearly happening in November 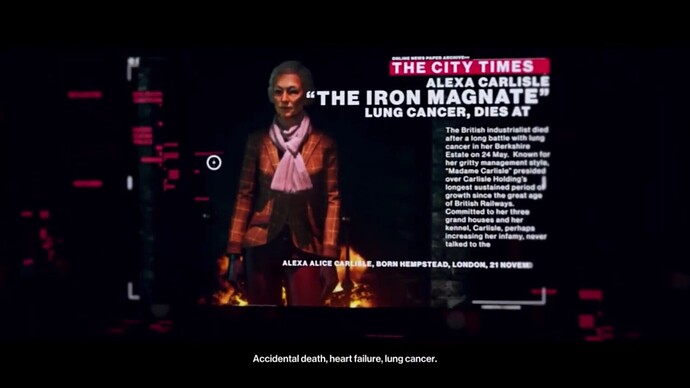 Unless they’re creating six month old news articles. Which does kinda make a sense but

Even that doesn’t make sense because you don’t write when you have the funeral on someone’s gravestone. You write when they actually died

Well done for trying to make some sense of this timeline tho, seems a tad confusing tbh

I think the briefing cutscene confirms that the grave is meant to be Alexa’s.

I think the briefing cutscene confirms that the grave is meant to be Alexa’s.

Ah, I haven’t read any story spoilers so

Hope the story writers do an AMA at some point then

I know the timeline is BS but HITMAN 3 does confirm that Patient Zero happened so they were really busy in those 15 days.

This trilogy is set between 2019 and 2021, while always being autumn, and always being April (see every calendar) and the characters acted as slowly as possible.

Love your timeline though.

Just out of curiosity, where in H3 is it confirmed that PZ is canon? Is it the ICA database in Chongqing or is there a specific mention of the events of that campaign somewhere?

It’s in the ICA database, same with an elusive target that never actually came out but we know of.

It’s also mentioned many times throughout Hitman 2 (or rather, the Cassandra Snow Novels were; Craig Black’s death is a news report in Hawkes Bay). They didn’t exactly hide the canonicity of Patient Zero.