That does sound like a good idea for a kind of “final chapter” of 47’s career, a kind of MGS4 equivalent where 47’s skills and capabilities are starting to wane from old age. Although I don’t think we would really ever get it considering 47 is IO’s golden franchise and effectively represents the entire studio. Having an “end” to the series just doesn’t seem like it’s something IO would do, especially right now with the reemergence / rise again of the series.

However I think if they were to execute this idea, I think they would have to do a whole series retrospective. Showing 47’s career and skills over his entire lifespan (dealing with more primitive technology in the late 80’s / early 90’s with codename 47 and Hitman 2: Silent Assasin while starting to develop social skills and become a social chameleon, then showing technology progressing over time with all of the later games and 47 slowly developing his skills, until his peak and slow decline of his abilities with age).

I mean that’s kind of representative of my entire pipe dream for the series, having all of the games under one entire framework with the remaking/reimagining of all the older games/levels with the capability of unlocking an incredibly large arsenal of equipment over all that time. Maybe even showing us chapters of 47’s story we never got to see/play (I wouldn’t mind seeing a game about Puissance Treize, it seems like you could have some fun levels from that story).

Haha no no I was just joking. However, 47 is in fact 57 years old so…maybe we’re already there?

Definitely vote for some kind of an airport. So many elements you can take advantage of:

Elements to take advantage of

Has potential for some unique mechanics.
I want to see how they could make tight security fun e.g, Use a smuggle mechanic similar to the vents in the bank or tamper with someone’s luggage

Or ways to mess around with the flight times, finding ways to move the target to different parts of the airport etc

Thinking about it, an airport would be a fitting end for the WOA.

After travelling the world, the last location we have, is the very one we use to access the other parts of the world. It would come full circle

Maybe I am too philosophical

How could you still be so optimistic?
I’m jealous.

I’m pretty happy with WOA so I can’t complain. Anything is an absolute bonus at this point and dreaming for the next thing is just for fun

I won’t feel it that way. Year1 is bad (I want to use some words more serious but I don’t know if it will break the community rules). 7DS is dull and too expensive, too few escalations, lack of fun challenges. Year1 is boring, so everything in Year2? They owe us. Don’t blame me, they did it too good in H1&2, they should make H3 as good as them. Don’t expect me to care about their own financial problem. We all know H3 is the most successful among all the trilogy. I miss the feast in 2018, and I was expecting there would be another 2018 in 2021&2022, but it didn’t. After getting diappointed again and again for months, I gave up the hope. No more surprises, we will just get endless arcades ,ETs and featured contracts, except the freelancer. I was dreaming a sudden rebirth of escalations and challenge packs, but they didn’t. I won’t be delusional anymore, I’m tired.

They don’t owe us anything.

objectively, of course not. I know that, I’m just telling my feeling. Some part of me feel upset, so I bring them out.

Sorry. My day job as a risk analyst for Marvel and Disney has made my views on the endlessly mushrooming mania of fanbase entitlement extremely ruthless.

I honestly, don’t understand all this hype around the concept of an airport mission. It just isn’t really that interesting of a setting (with a lot of these kills being possible in settings that AREN’T an airport) and a lot of the kills and sheer scale that would be required for an airport level just wouldn’t work with the current mechanics and mission size for WOA (I mean the game doesn’t even have usable elevators and people think that there would be moving or functioning aircraft in an airport level?)

There are so many other level concepts I would rather see before we get an airport level:

All of these missions have the possibility for more interesting mechanics, kills, and objectives and would be much likely to have an actual realistic scale for a Hitman level compared to an airport.

Thank you for coming to my TED talk

Each to their own but I disagree on a few things:

Airports come in many sizes and you don’t have to show it’s entirety, much like Dubai doesn’t show every floor.

In a similar way you don’t necessarily have to see every single plane moving, maybe just background ones.

I personally find an airport interesting because it’s a mixture of many different areas. High security juxtaposed with domestic elements. Heck some airports have art galleries, or even butterfly farms

There is a lot of potential for unique storytelling

I was being ironically reacting to the last comment. Of course not, on the contrary. It’s possible to have the same kind of locations whether it’s mansions, resorts, highly-secured facilities, etc. but different possibilities, different atmospheres. I’ll always encourage IOI to use the the same tropical environments over and over.

There is a location that could act as a great closed and coherent envionment with previously unseen killing sequences. Two words: oil rig!

Edit: since it was one of the central locations in Diamonds are forever, an oil rig would fit better in the upcoming James Bond game.

We could even set it at a TED Talk convention center, like in Vancouver. Simon Deveraux should be target.

We should’ve killed Ingram on one of his oil rigs, he belongs there more than in Dubai! In fact, check this out: The potential for accidents is… pretty high. 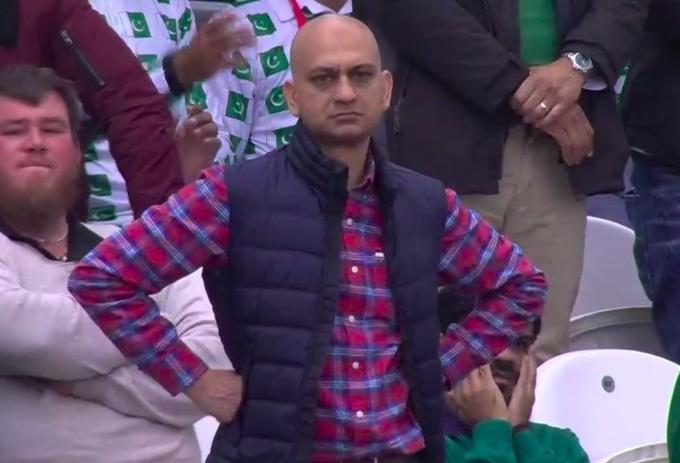 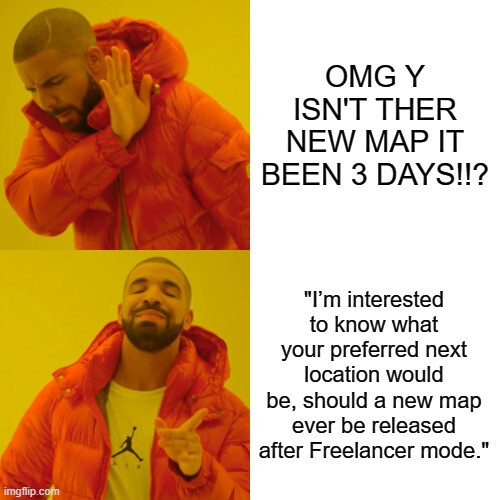 I’ll see your word twisting and raise you one verbatim, sir.

Someone made a mod some time ago or used a camera mod to go down into the Himmelstein map as if they were in the map. It was…disappointing.

It could go the other way around, reimagining past levels with a sniping area, just like the reuse of Colorado in Patient Zero. Some locations miss an elevated area.

, Hantu Port in the afternon sun, Perm-14 in the constant snowstorm all rearranged with the usual elements. The levels are already done. People love Hantu and Perm-14 but i’d love to see Himmelstein as the opposite british manor.

Or… a redone Hawkes Bay(daytime edition) with a Hawaiian theme and 2 new targets.
(This wouldn’t require IO creating a whole new map, plus would require less time to release).

Possibilities for smaller (and bigger) maps are endless. Even a mission in the train running through the Carpathes is possible with tourists and a certain international detective called Poirot.