A thread to post about and discuss the wonderful S.T.A.L.K.E.R. series. With its fairly recent resurrection, we might finally get S2 (if not this year, then hopefully the next).

How did you get into the series? What is your favourite game/moment/character/faction/loadout/location/etc.? And what about the book or film?

Sit down by the campfire, get your guitar ready, prep some salami and vodka, and get ready to hear some анекдoты. Discuss away Stalkers! Cheeki breeki!

I remember I saw articles about Shadow of Chernobyl in a gaming magazine in 2004-2005 and judging the renders and screens they chose to show in the article, I hated it. 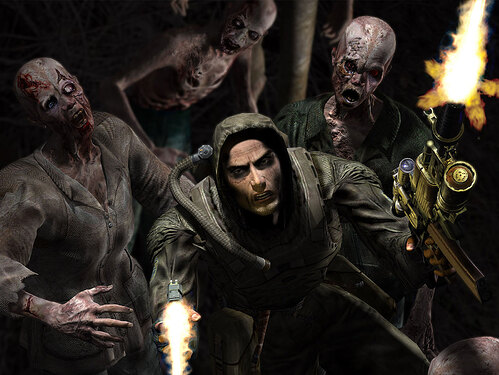 teahub.io-gzel-wallpaper-19908341600×1200 345 KB
Fast forward to 2007 I actually tried it myself to check what the fuss was all about and again I hated it since at that time I wasn’t taking video games too serious and didn’t bother to even finish them. I just activated cheats / trainers and caused mayhem. I also didn’t have a powerful PC enough to run the game decently even on Static Lighting (DX8) so that didn’t help.

Even around the time that Clear Sky was in development, I was bashing the game for whatever stupid reason but around 2009 when Call of Pripyat was released, I decided to give SoC another try and for whatever reason it clicked. Just like that. And the rest is history

I just recently got into the Stalker series at the end of 2020, haven’t touched SoC since H3 came out but I’ll get back to it one of these days.

I don’t remember how I first learned about it, I hear about popular games that have been out for the last 3+ years and then don’t try them until five years later

I forgot to mention, for what I did play, I’m loving it so far.

Ah, I newcomer into our fold

If you want to try SoC, I recommend the Zone Reclamation Project which is sort of an unofficial patch for the game. The series is known for it’s jank

As for gameplay tips, I think the most important thing to keep in mind is that since this is a semi-RPG with no skills / level ups, there’s no need to start up shootouts with every enemy you see in sight. Best sneak by if you can and save the ammo / medkits.

Also, explore as much as you want even when the game says that you should push forward and do a mission. By doing that you can find better gear that can be a life saver in some of the earlier missions which are pretty brutal for rookies that don’t stray from the path and simply do the main missions only.
There is no hurry, main missions don’t have a time limit and with the ZRP, neither do the side missions

Speaking of S.T.A.L.K.E.R. 2, here are a few new pieces of concept art

f_PjUe0A14w1920×642 192 KB
The last one is interesting because it’s from a familiar location. Can anyone guess from where it is?

The car park at the Cordon

Abandoned church in the Swamps 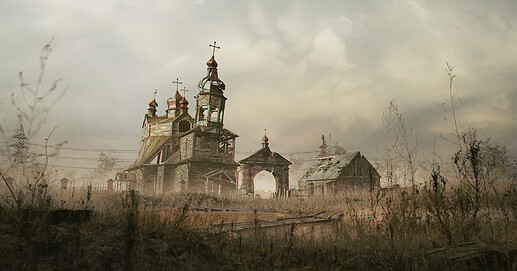 I have a hunch that the devs are hinting at a time and space anomaly. There was something similar in both Clear Sky and Call of Pripyat.

Also I’m glad they are sticking close to what we were used in the first games when it comes to the design of the factions. 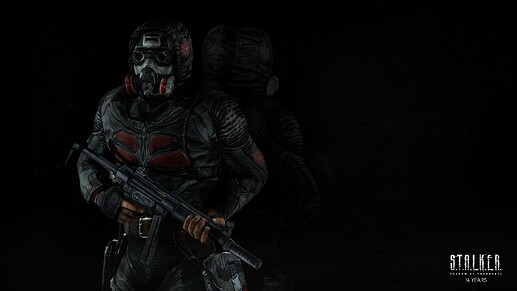 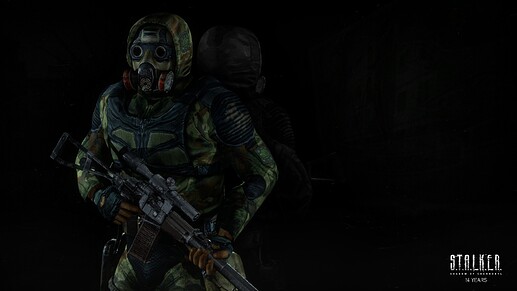 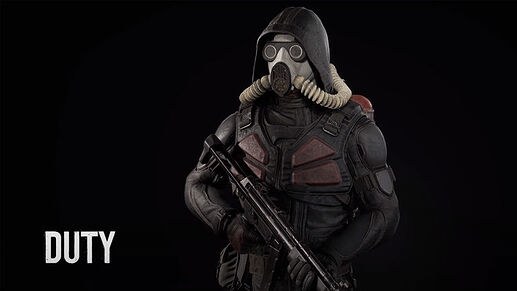 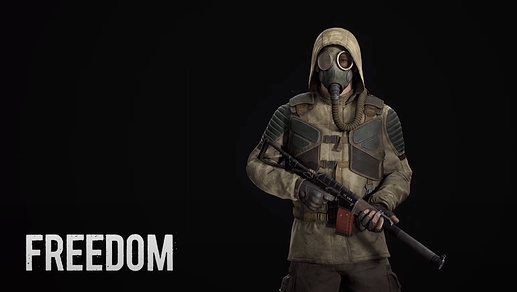 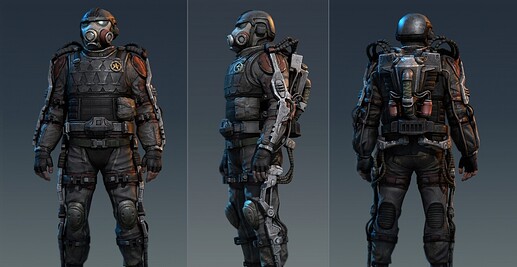 Was not a fan of the 2012 version really

ZRP is basically a must, though the janky vanilla brings back memories (mainly of relevant NPCs spawning in a fire barrel and dying lol). Same goes for the Sky Reclamation Project for Clear Sky.

Gotta say I completely ignored the series back in the day when SoC was supposed to come out. I remember my friends talking about it and looking forward to it, as it was an immensely hyped game, but for me zombies and Chernobyl were as uninteresting as the could possibly be.

It wasn’t until some 6-7 years back when I suddenly felt - for whatever reason - to play some game with a thick and preferably bleak atmosphere. And nothing works best for that than a desolate Eastern European setting. Suddenly, Stalker felt like an ideal choice and the moment I got out of Sidorovich’s bunker, I was hooked. The rest, as you say @EvilGeniusRo , is history.

Btw, Evil, have you ever tried Misery or Lost Alpha? My old laptop wasn’t good enough to run them properly, and I haven’t gotten around to try them on my current one yet due to all of the games I’ve been catching up with.

Btw, Evil, have you ever tried Misery or Lost Alpha?

I did try Lost Alpha, multiple release versions, multiple time and I’m sad to say that it’s not good. The head head honcho of the dez0wave team, dezodor, said that everyone in the team that worked on the game, wanted to put their own ideas into it. Some wanted to keep it close to SoC where it was mostly exploration with combat sprinkled here and there and some wanted it to be a full action packed game like CS.

They also bit more than they could chew when they decided to include in-game cutscenes, especially since they didn’t have a decent animator for most of development. You can see some of the abomination in this video 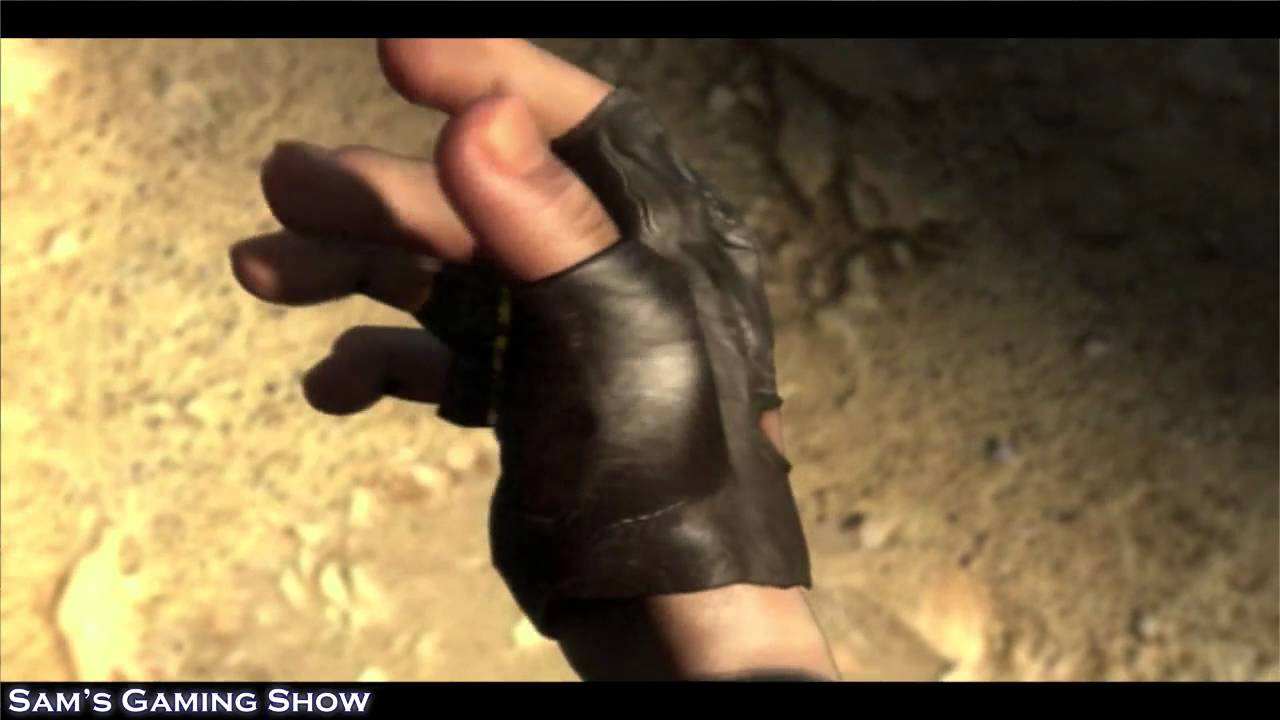 The original releases were filled with trash like these but most got removed in the Director’s Cut.

As for the worst offender of them all, the game was straight up broken. From the version that got leaked all the way to the last version before DC got released, it was a miracle if you could play the game more than 10 minutes without crashing, let alone finish the game.

In the end, dezodor outsourced the development of the DC version to the Russian community of the game and they tried their best to fix it. There are even repackages of the DC + community fixes and enhances but it’s still fundamentally flawed, with some serious issues still in there so I say skip it.

Fun fact, dezodor actually had talks with owner of GSC, Sergiy, to have the game part of the main series and actually sell it commercially but the leak happened and the plans got scrapped. Really wish it had ended up as good as Black Mesa