Looks like his prayer is working, he’s already sitting on air!

Starting off on the Western Beach in Ambrose Island, turn around and use your camera to look into the distance, you can see the Chiron ship Crest and Akka assaulted turned partially on its side. 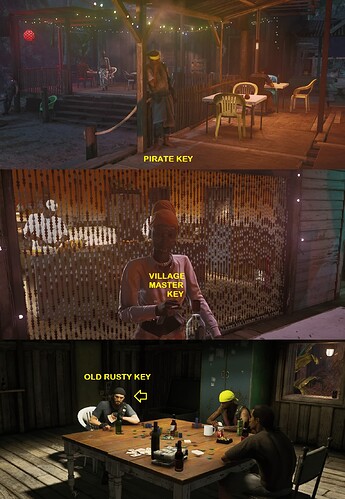 I’m pretty sure it’s supposed to be a cooking th show. It’s in other levels too.

Did anyone spot the lizard when you get out the Noodle restaurant in Chongqing? 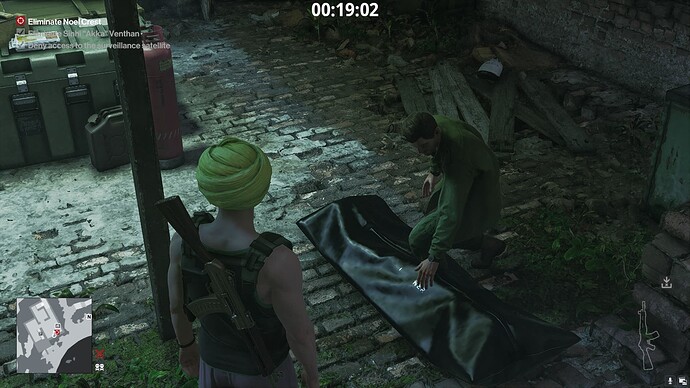 Did anyone spot the lizard when you get out the Noodle restaurant in Chongqing?

It makes sense as Crest has guard AI.

Yes, but it’s just funny seeing him do that. Thought he would call someone else.

I guess when they assign that behavior type to a Target you get the good with the “odd”. For everyone that has been asking for an armed target, it seems like they could probably design a third behavior between guard and civilian. Maybe “will shoot back” and “will investigate weapons” but “will not collect bodies” and “will not investigate coins and such”.

When I wanted to kill Crest with the hole in the bridge and tampered with the antenna, I killed pretty much everybody in the ruins. I hadn’t realized that Crest walks over the bridge on his way back from the antenna instead of on his way to it. He bagged a dozen or so bodies while I was busy with Akka and before I realized what happened

Next to the morgue, there is a tray where 47 can blend in and act as a dead body. It’s a way to get close to the female scientist that is by the church.
However, in H3 Master mode, 47 can’t blend in. There is no option to do so. I don’t remember it was the case in H1 Pro mode. 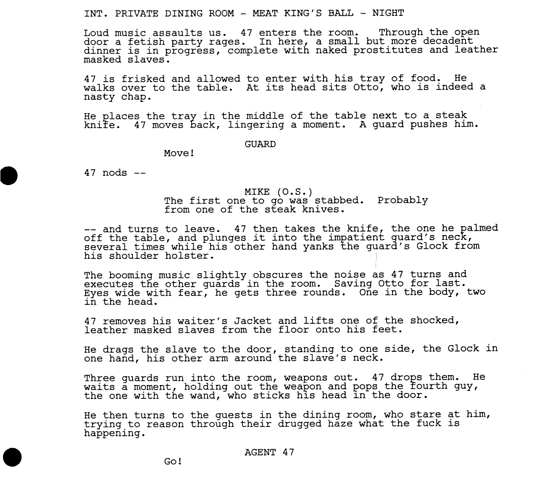 Skip Woods can do one. One of the hackiest hacks ever to have hacked his way to somehow not dying of unemployment-related starvation in Hollywood, and he curled a big fat turd out on our boy not once, but twice. Into the Minhatsu industrial grape press with him!

Agent 47 is a professional Poker Player. He was featured in the mobile game “Lara Crofts Poker Party”. 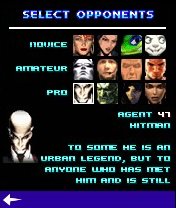 @Clemens_IOI can we get a HITMAN / Gex Crossover please? 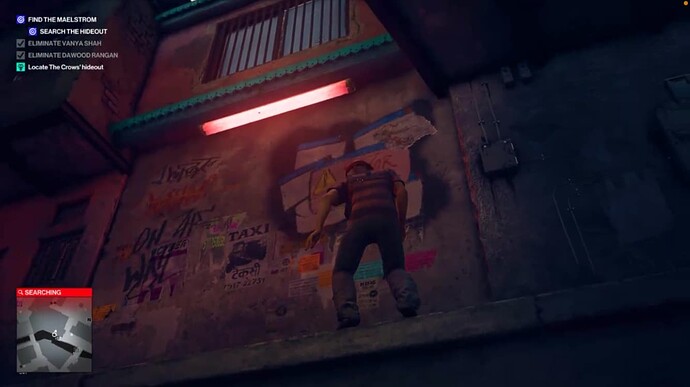 Akka will scream like a man when falling through the bridge trap… it’s hilarious. When people get infected in Patient Zero, their skin actually shows the infection. Was this always a thing? I swear back in 2017 they didn’t.

Since I play it always was, yes