Hi, sorry if this is a stupid question but if you have a disc version then how exactly do you get the Trinity Pack?

My girlfriend pre-ordered a disc version of the Deluxe Edition for me and it arrived today.

It includes a code inside for the Deluxe Pack but nothing for the Trinity Pack?

Will it somehow download the pack automatically or was I supposed to get a code?

I can’t tell you for sure, but this code you have should grant you the Trinity Pack.
Because it’s been said that you get preorder bonus for whatever edition of the game

I bet that code is what you need. Give it a try before you worry too much.

Also, I remember with H2 there were a few people who didn’t get either the requiem pack or something like that and IO was helpful and got them all sorted within a week or so.

I pre-ordered from GameStop and they emailed a code for the trinity pack today. I’d presume all stores are doing the same. If you don’t get it perhaps try contacting support for whatever store you got the game from.

Same here. Preordered from GamesOnly and today I got both the physical delivery and an e-mail with the Trinity pack code.

They’ll probably email you with the code, think that happened to me with Hitman 2 and the Requiem suits

Thanks for the replies everyone. It was ordered from ShopTo.net. They have not sent any code yet. Hopefully they will.

As @ElectronicCat suggested, don’t hesitate to send them an e-mail asking for it. Also check if the code isn’t listed somewhere in your profile on the store’s site. Or rather your girlfriend’s profile since she bought it.

As a few fellow members answered above, once you’ve received the pre-ordered game, you’ll receive the code via email by the seller you bought it from. They know you’ve pre-ordered the game as you ordered it from them and they have a record on their system with the relevant information.

In the case of a pre-ordered physical disc delivery, as soon as the package has been delivered and confirmed, you’ll get an email shortly after with the code and instructions on how to redeem it. You’ll have received a tracking code for the package which is linked with their retail system and supports postal service and courier tracking system - once the package is marked as delivered on that tracking code, it’ll notify the seller’s system and release the automated email with your unique code.

Yeah we checked through the whole profile, order history and every email and there is nothing.
I have tried contacting them but so far they are not responding.

But I received the game disc yesterday morning?

I have the same problem. I’ve got my disc version on monday without a code, not even in my mail. I asked my salesperson and he said they had no pre-order codes. Only the passport.

I hope IO can help and send me a code

Sorry dsc, I was just being thorough with the process as I understand it.

It should be a straightforward case of receiving it on the day of release or shortly after dispatch by the company rather than the confirmed delivery as after all you have pre-ordered and successfully purchased the game, but often they’ve been linked like that.

I remember with Hitman 1 / Hitman 2016 there were codes in the game box - with Hitman 3 it looks as if it’s a standard game box (standard or deluxe), with the deluxe having inside it the deluxe redeem code and if you ordered it from a distributor that also has the passport, it’s included in the shipped package.

It might be that they’re busy with orders and their system is overwhelmed and the email with the code will come soon.

I do have a theory if you’ll permit me, it might confuse things further or might clarify things. I was looking at ShopToNet as I wasn’t aware of this store until you brought it up.

On their website, Hitman Deluxe title and description, etc does not mention Trinity Pack other than a small image from IOI’s marketing: https://www.shopto.net/userdata/dcshop/campaign_images/248_hitman_3_deluxe_edition_beauty_shot.jpg

The standard editions however all say Hitman 3 + Trinity Pack. I wonder if when they set it up on their system, they accidentally didn’t set the Deluxe Edition purchases for the trinity pack codes. In which case now that you’ve contacted them they should be able to get you the code manually.

It looks like their support options are a telephone or a support ticket system - their phones are open 9am-6pm so you could try calling them if you don’t want to wait.

I remember when Hitman 2 came out and I had the pre-order + sniper assassin access, I had to chase the game distributor / seller as well to get the code as they hadn’t included it in the game / package or provided it via email, etc. Eventually they gave me the stuff I’d paid for

Rafael they must have pre-order codes if they’re selling you the pre-order game - IOI would have issued them stock they purchased with a set of codes.

Thank you for such a detailed response!
I will definitely keep trying to get through to them but I don’t have a great feeling about this company…

you’re very welcome! Stay positive and in the meantime enjoy the new game!

Hey dsc, no worries with Shopto, they’re a great company, I buy most of my games through them.

The code can be found by logging in to your Shopto account, then go My Account, Digital Items & you’ll see the code in there

Nope, it’s not there 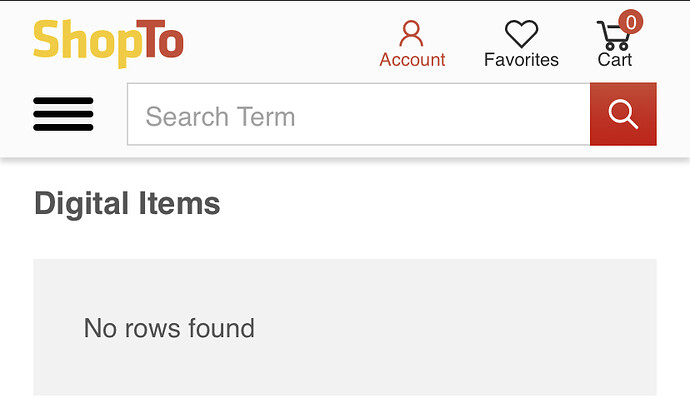 Just done mine & it worked fine

Perhaps you will need to get in touch with them after all, sorry pal.

I think there may be an issue with some outlets receiving the Xbox DLC codes to go with the physical copies.

If you look on eBay there are plenty of PS for sale and nothing for Xbox (when I last checked).

As @Frostie said, shopto are legit and have been around for years.

I got this from them earlier regarding the code:

“Hello,
The pre order bonus will be available under the digital items tab in your account,
Due to the extreme traffic our site is experiencing at this present time please be patient as your code should be available soon,
Apologies and Kind Regards”

So maybe worth checking every once in a while and hopefully it will arrive soon enough.