What TV series are you watching? Anything upcoming you’re excited about? Any shows you want to recommend?

I started the long-awaited Season 2 of Hilda the other day, and to my surprise one of the new characters was played by a familiar voice actor.

John Hopkins, our very own Lucas Grey. In the show, he plays the brash and bold Erik Ahlberg, head of the town’s security force with an opinion that’s a little too harsh of the creatures living nearby.

The Expanse, season 5 is currently well underway. It’s one of my absolute favorite scifi-shows of all time, and this is a really strong season so far.

The show is based off a series of novels by James S.A. Corey (which is actually the common pen name of two collaborating authors), and the story is set in a future where humanity has colonized the solar system. In season 1 a group of different characters start unraveling a deep conspiracy that might threaten to wipe out all of humanity.

It’s a bit reductive, but if I had to describe this in one short sentence it would probably be “Game of Thrones in space”

If you enjoy scifi and haven’t seen this you definitely should.
Always thought this season 1 trailer did a good job at selling it: 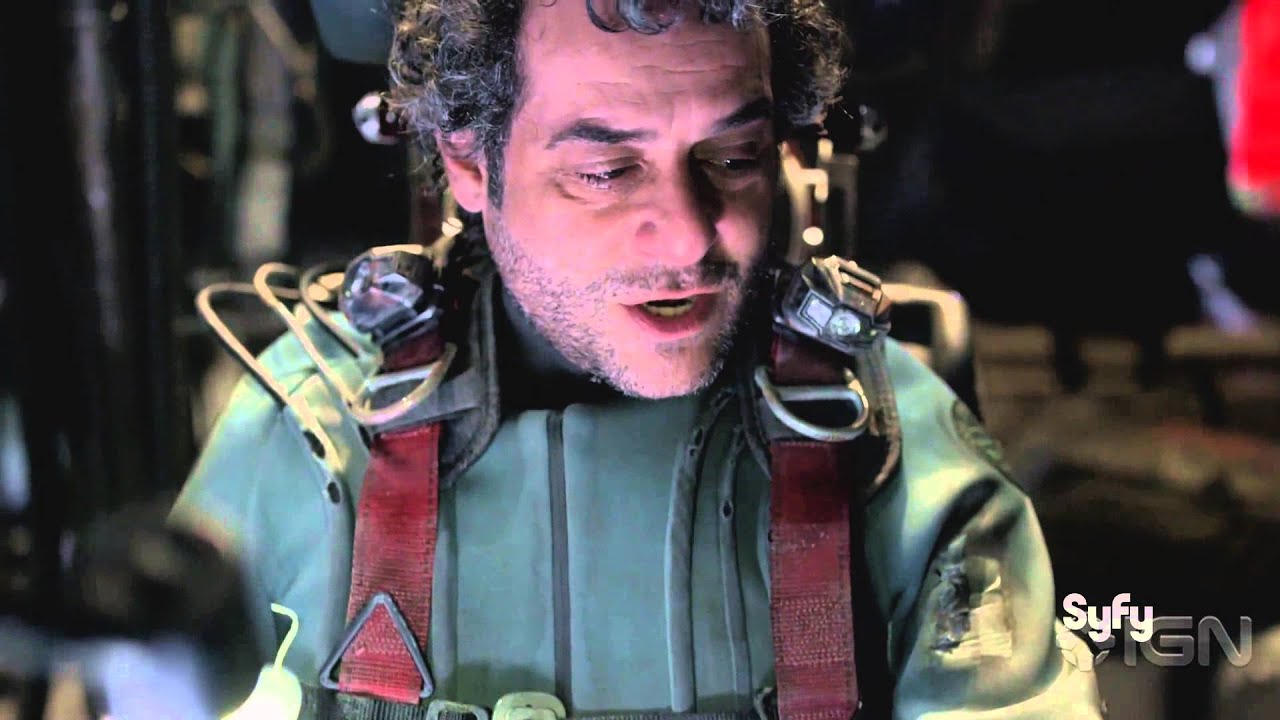 I’m about to finish up the first season of Apple’s For All Mankind. It’s an alternate history of NASA that starts with the Soviets beating us to the moon in the summer of '69, which spurs a reinvigorated space race that never fizzles out in the 70s.

It hits all my space-nerd buttons with lots of spacewalks and burning rockets and mission control scenes with jargon as thick as the cigarette smoke in the air, so I’m willing to forgive it some of its more melodramatic moments. It also leaves me annoyed that, for example, there still hasn’t been a woman on the moon or that we haven’t established a sweet moonbase.

Also watched Ted Lasso (American football coach gets a job managing an English soccer team), which is as good as the reviews say and Mythic Quest, which is fantastic…but it’s a game developer comedy produced by Ubisoft, so every time they make a joke about the lack of diversity in gaming (which they do a lot) and especially when it’s about how horribly women are treated in the industry, it’s more than a little meta-cringey.

But they’re all excellent shows. I’ll have to get Apple TV again when the second seasons come out.

Currently watching The Walking Dead s10. Unfortunately Netflix did not upload the season finale in The Netherlands yet, so now I’m waiting for the last episode.

And I’m also eagerly waiting for the last season of Better call Saul. The previous seasons have been a journey, so was Breaking Bad. I’m curious what will happen in this last season.

I am watching The Walking Dead now, I have watched all seasons of Daredevil and Sherlock too. These are amazing series, You should watch them!

i’m watching the sopranos. currently on s5. as far as i’m concerned, the first season was the best though

Currently between shows. We just finished Big Mouth (fucking amazing) and half of the pilot fro Bridgerton (zzzzzzzz) so I’m on the hunt.

I finished the fifth season of Better Call Saul last night. Rhea Seehorn deserves an Emmy and I am completely mystified that she’s never been nominated. I’m excited/terrified to see what they do with Kim in the final season.

I finished Messiah, a very unique premise for a show that I won’t spoil. It’s quite sad that the second season was cancelled

After it being leaked like 2 months ago, Netflix finally officially announced the new Sonic TV show for 2022: Sonic Prime.

As for what I’m watching right now, Star Trek: Deep Space Nine is basically my go to TV show for the time being, despite still not watching Discovery Season 3 and Picard. Need to watch Lower Decks since it finally arrived in the UK last week on Amazon Prime. Just watched all of Joe 90 recently, as I plan to eventually watch all of Gerry Anderson’s TV shows. Should probably watch Disenchantment Part 3 since that is out, but it sounds like that show is still in the state of being “eh, it’s alright, might get better later.”

Anyone else watching Wandavision? I swore off the MCU unless it was Taika Watiti-related after the pile of nothing that was Infinity War but gosh darn it this is so cute!

Sonic already has several multiverses due to the various canons the TV shows, comics, and games have created. Just to count them, we have: Modern Sonic, Classic Sonic, the past 5 shows, OVA, Movie, Archie Sonic before and after issue #252, Fleetway Sonic, and the currently running IDW Sonic. Probably missing a few, like more obscure stuff like that one off French Sonic comic, and some Japanese Sonic manga.

Um… question… (and I can’t believe I’m asking this) As a pretty big Sonic noob, if I wanted to get into this, where the hell should I start? Your deep attachment and adoration for the Sonic franchise kinda intrigues me, and I’ve heard quite a bit of good things about the franchise outside of the games. I might want to check it out.

I am! The family here all curl up on the couch together every Friday night now.

My sister and I are the big Marvel fans, so we’re in it for the plot and characters. Our parents have seen most of the films, but aren’t devoted fans in any way. They don’t remember much from any of them, so they really get enjoyment from the Sitcom-lampooning aspect. Overall, we’re all enjoying it a lot!

I’m really liking the show! I’m not too familiar with the eras of sitcoms the show is re-creating, but I really like this out-there premise the show is rolling with! (And how to-the-book the show was parodying sitcoms! Those first 3 episodes fit in really nicely in the genre!) Two Marvel characters inexplicably start living idealized lives in a Sitcom-type world, with all the iconic bells and whistles from those eras.
After Endgame, I was getting weary of Marvel and whether I’d be able to continue with the franchise after all those Phase 4 announcements happened – so many new characters! But I think this 1.5-year hiatus and the sudden jump into this artsy, experimental-storytelling that is WandaVision really revitalized my faith in this ongoing genre of cinema.

Excited for this week’s episode (and I can’t wait until they get to the 2000’s era, as that’s the kind of sitcom I know the ins and outs of).

Um… question… (and I can’t believe I’m asking this) As a pretty big Sonic noob, if I wanted to get into this, where the hell should I start? Your deep attachment and adoration for the Sonic franchise kinda intrigues me, and I’ve heard quite a bit of good things about the franchise outside of the games. I might want to check it out.

Thanks man. Helps this forum is pretty chill and friendly, it’s easier for me to talk about my love of Sonic than it is on actual Sonic forums.

I guess it depends in what way you mean, like from a story point of view or from trying some games? I guess if you want my tl;dr answer, for 2D Sonic gameplay it would be Sonic Mania, for 3D Sonic gameplay it would be Sonic Generations, or if you don’t mind some old school jank, Sonic Adventure. For something narratively focused, it would be the currently running IDW comic series. Sonic Boom is a fun comedy series, with season 1 available in some regions on Netflix, although Boom is very much it’s own entity compared to game Sonic.

For a far lengthier answer:

Hope that helps a little bit. Feel free to ask me anything else. 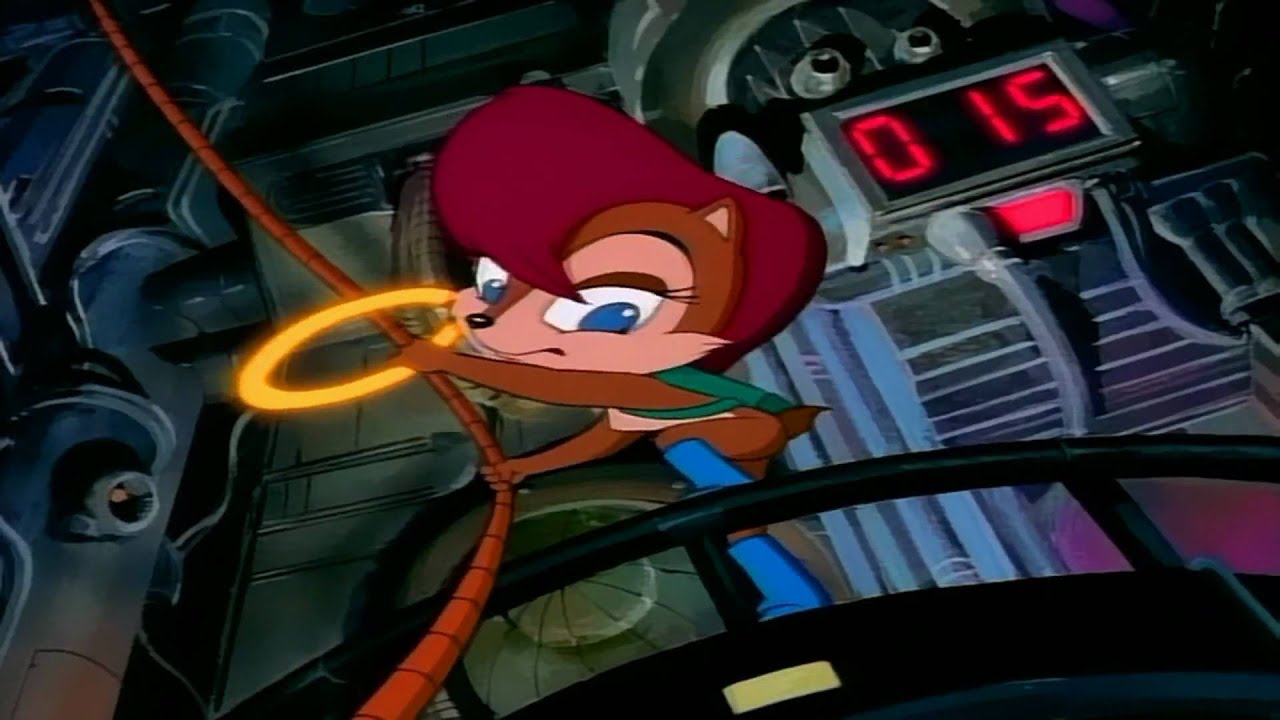 I was raised on Bewitched and I Dream of Jeanie because my parents loved them so much. So all these magic goes haywire bits are hilarious!

And I will give Elizabeth Olsen all the credit in the world. When Monica starts unravelling her carefully constructed world by mentioning Ultron, she does an amazing job of showing Wanda start to crumble. And that shot of Ultron’s dead face? Fucking chills.

Hoo boy I need to lie down after that latest episode of WandaVision. 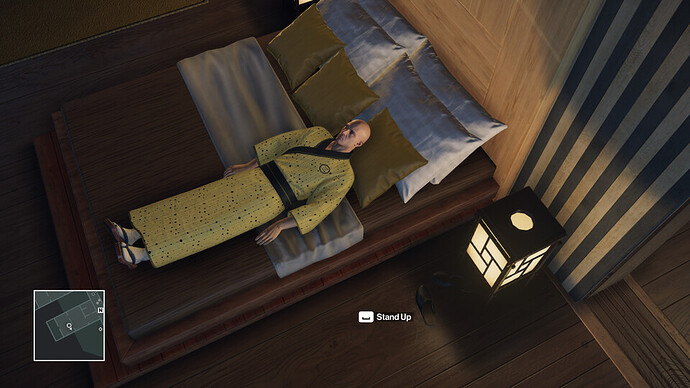 This show is using its sitcom format so, so well. Plus the melding of Zany Sitcom antics and the increasing Marvel Thriller vibe is my kinda cup 'o tea.

They’ve even gone so far to use the “character long thought dead returns inexplicably!” trope. God, I love that.