The prompt for this batch will be WILD HUBRIS (basically a synonym for pride, just sounds cooler). The soft deadline for submitting contracts will be the end of the Season of Greed (May 9th).

Please try to keep your submissions to the format

this will just make them easier to sort later.

IMPORTANT NOTE: Please try and save your likes on posted contracts for ones you’ve played. View it as your mark of quality. Try to avoid just liking because you like the person who’s posted it

What are HMF Featured Contracts?

They will be sent off to IO in time for the Season of Pride and we are hopeful they will be included in-game (although Travis has seen this and commented on it stating IO is very busy currently, so there is very much no guarantee of this, merely hope)

This is an extremely cobbled together so not everything is worked out yet and it’s unclear the quantity of contracts this will draw or the final selection process. But we have a month to sort it out and refine it. It’s better to try and fail, right?

Wait, so if Clemens isn’t picking them, who is?

Yes, so these will be picked in some shape or form by the community then sent to IO. We ran a poll and the general consensus was that some form of moderation/curation would select the best contracts. The system/people by which this will be done is still up in the air, though we’ll try to find a decent and varied selection (through both platforms and types of contract players).

But to also ensure everyone has a say in the selection we encourage you to save your likes on posted contracts for ones you’ve played and believe are quality contracts. This will let us have a more accurate view of the overall opinion of the posted contracts and may play into the final decision (again the decision process is very much up in the air at the moment)

Anyways, that should be all and have fun making contracts!

(Also it should go without saying that if you have grievances with IO or the current roadmap/featured contracts this is not the place to air them. This thread should remain simply about talking about contracts we’ve made)

Thanks for doing this (and I already gave a like to your original post, oops)! You could also crosspost this in the thread with the community contracts, as maybe some of those frequent creators won’t see this post.

Let me be the first then.

I have no idea why I did this to my contract.

Limits: Only one exit is active

.
It’s basically a puzzle contract. You have to kill every target with another target (or not

)'s disguise, and you have to kill them with stuff which is gathered from the map (or not

). The disguises and the location of the targets might seem unrelated and hard to make a speed run on it, but I can ensure you that there is a great route and a great starting location in which you can get all the targets and exfiltrate fast enough. 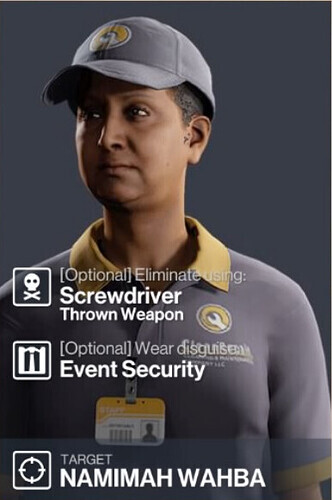 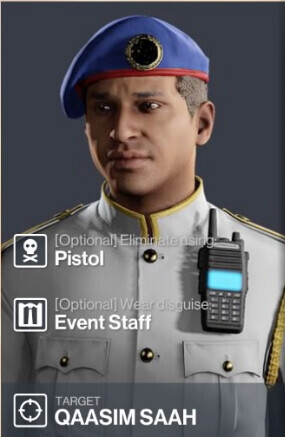 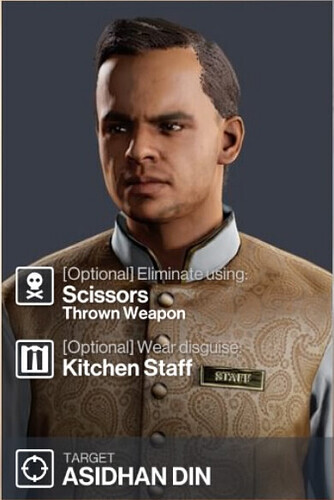 This was a fun contract

, not sure how it relates to the the theme of pride though

Absolutely not in the mood of making new contracts, This is one I made a week ago, after two months I guess. Just felt it’s a good one. I’m sure that Clemens can come up with something to say about it if it gets accepted

This may not be a very good/difficult contract, especially considering that the Trophy kill doesn’t show up as a complication. At least it (kind of) ties in with the theme 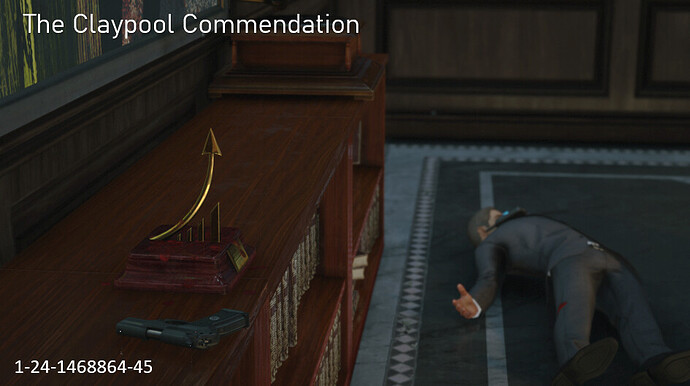 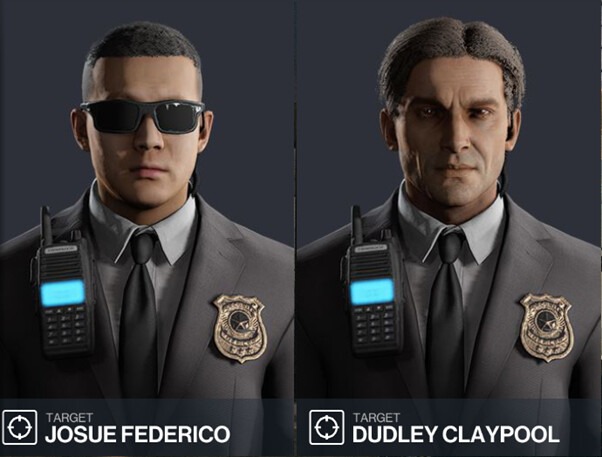 Platform: PC
ID: 1-24-1468864-45
Title: The Claypool Commendation
Brief Description: Athena Savalas’ new “Banker of the Year” trophy has taken pride of place on her mantlepiece. However, it has attracted a suspicious amount of attention from two of her bodyguards.

Ms Savalas has worked hard to attain that trophy, 47. If either of those thieves get close, you must deal with them accordingly.

Complication: Targets must be killed with the trophy

especially considering that the Trophy kill doesn’t show up as a complication.

Yeah it’s a shame that it doesn’t register anything. Will simply show up as “any method”. 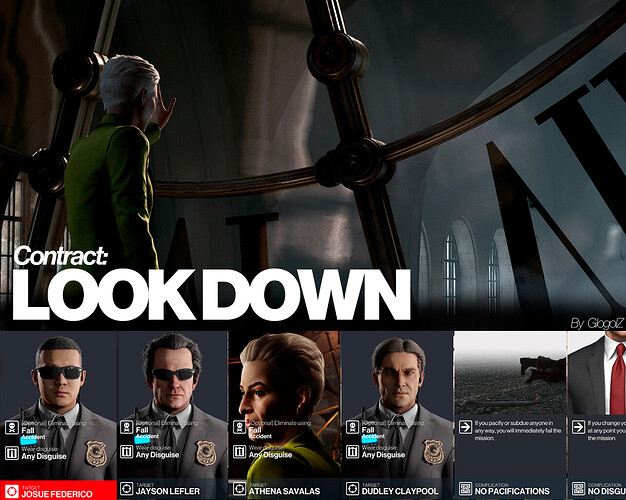 Destroying the ICA filled 47 with a sense of pride and wished he could do it again. Luckily for him, the ICA somewhat recovered. It is now run by the heads of security for each access tier. Killing them will destroy the ICA for good. It’s time to make the ICA go out with a bang. 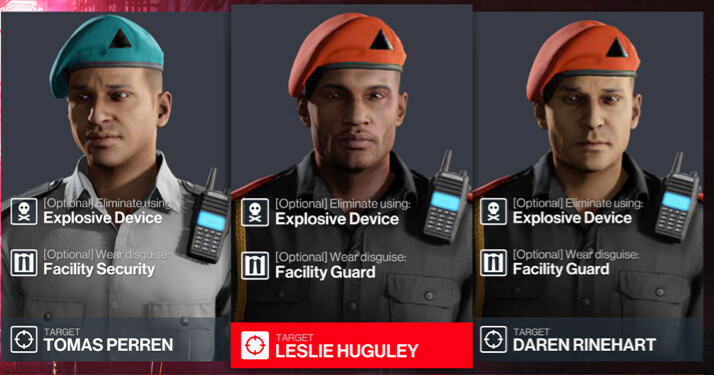 Not a super difficult contract, but it’s pretty fun.

finally, one i can actually play. I’ll try to remember to get on this later

Poor Josue Federico and Dudley Claypool, only 4 contracts posted yet but they die in two of them.
I’ve finished brainstorming a briefing, and I think I’ve got an idea for how I can make my contract unique, I’ll post it soon, if the mechanic works as intended.

just signed up for forums for this lol 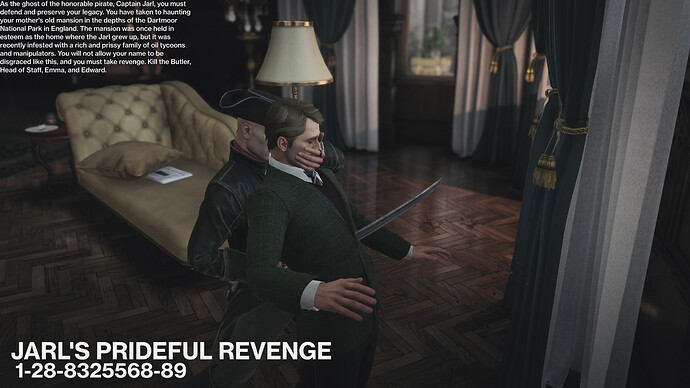 HMF12555×1437 492 KB
As the ghost of the honorable pirate, Captain Jarl, you must defend and preserve your legacy. You have taken to haunting your mother’s old mansion in the depths of the Dartmoor National Park in England. The mansion was once held in esteem as the home where the Jarl grew up, but it was recently infested with a rich and prissy family of oil tycoons and manipulators. You will not allow your name to be disgraced like this, and you must take revenge. Kill the Butler, Head of Staff, Emma, and Edward.
linux_penguin April 11, 2021, 8:36pm #14

I’ll post it soon, if the mechanic works as intended.

Well, it did for the most part. The Yates elimination at the end counts as any method, if he bleeds out or if he is finished off. Vidal is counted as a pistol kill though, which is nice.
Platform: Xbox
ID: 3-31-6319900-02
Title: Herald of Pride
Vidal’s death during the herald’s meeting does not count as a non-target kill, as such, I thought I would try to make a contract designed to be played with the meeting taking place, but is still possible without. Elizondo will stand near to a suspended object, and Cortazar can always be eliminated with the axe outside of the room that the axe is in. I think that this makes it unique, as not all contracts need speedrunning, but I don’t want to make a contract that stops speedrunning entirely. I also think I didn’t do all too bad with fitting a story into 500 characters, whilst also doing a play on words with heralds, and tying in the herald which says hubris (and isn’t virtually impossible to eliminate)
oh yeah, and I also used the pride colour of violet in the image, and I’m proud that I thought of that 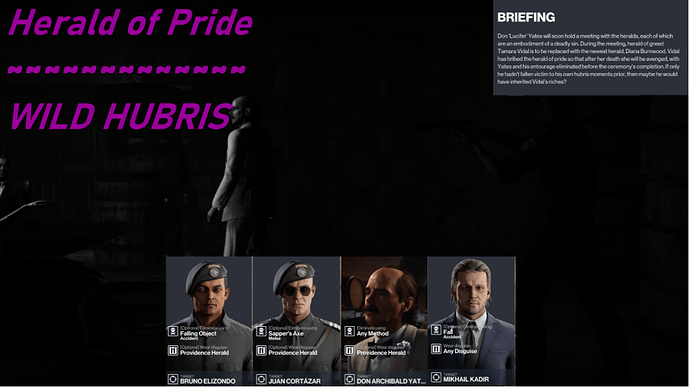 Here is my moment of realisation. The page for the contract reset several times while typing the briefing, and I never reset the fall to a regular accident. Damn. I really don’t want to have to make this again.
Here’s my second realisation the next day where I realise I say Kadir falls victim to his own hubris, it’s not an oversight, it’s a feature
…but in the unlikely event this is featured if possible can the fall become a regular accident, I don’t mind if that’s not possible to do 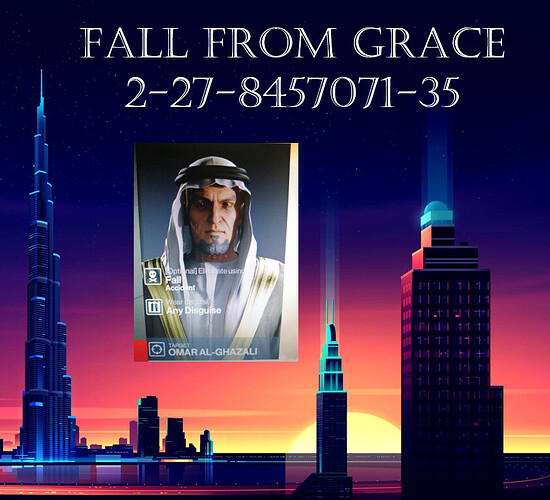 1 target contract that can be much harder than it seems. I imagine it will take a few attempts to figure out the best route for this contract

my second community feat contract submission, Pride-vate Investigator
You were recently hired to solve a murder mystery at the Carlisle Manor. You came to a brilliant conclusion that Zachary killed himself. Some at the Manor have been doubting this. To prove them wrong, you must show off your crime scene knowledge by making a few yourself. You have decided to kill the highest profile people in the manor, the Lawyer, the Photographer, the Butler and the Undertaker. To show off your prowess even further, use a loud shotgun to make them look like the idiots, not you.
1-28-6310725-89 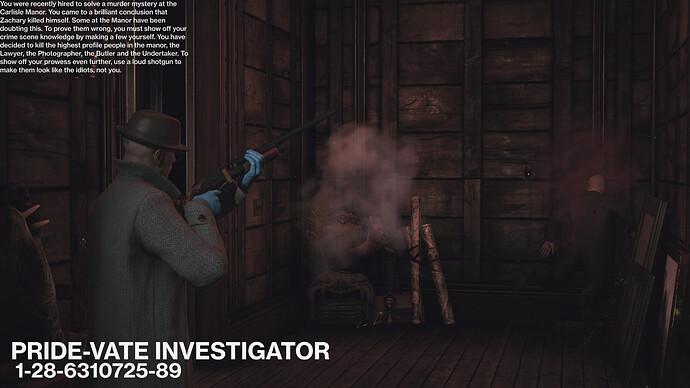 I was just about to Like a contract so I could come back to it later, but I caught myself at the last minute!
Reminder to all, that if you see a contract here that you want to save or try out later, BOOKMARK it!

The BOOKMARK feature is located under the Three Little Dots under someone’s comment. You can keep track of your bookmarked comments and topics in your profile or under your profile pop-up menu on the top bar.

I’ve already got a few ideas bouncing around in my head that fit the theme. Not sure if they’ll be any good contracts, but they should make sense thematically! (FCs have always been fun to play around with the theme, though I’ve never been good enough on the gameplay part of that to get featured

I’d like to submit “The Jeremy Blackout Privilege MK III” for this batch, because I am extremely proud of this contract I made. (Though credit goes to @Urben for the inspiration.)

It’s probably the most chaotic contract possible in Hitman 3 where it’s still possible to get a 5-star SA rating. Try it out! 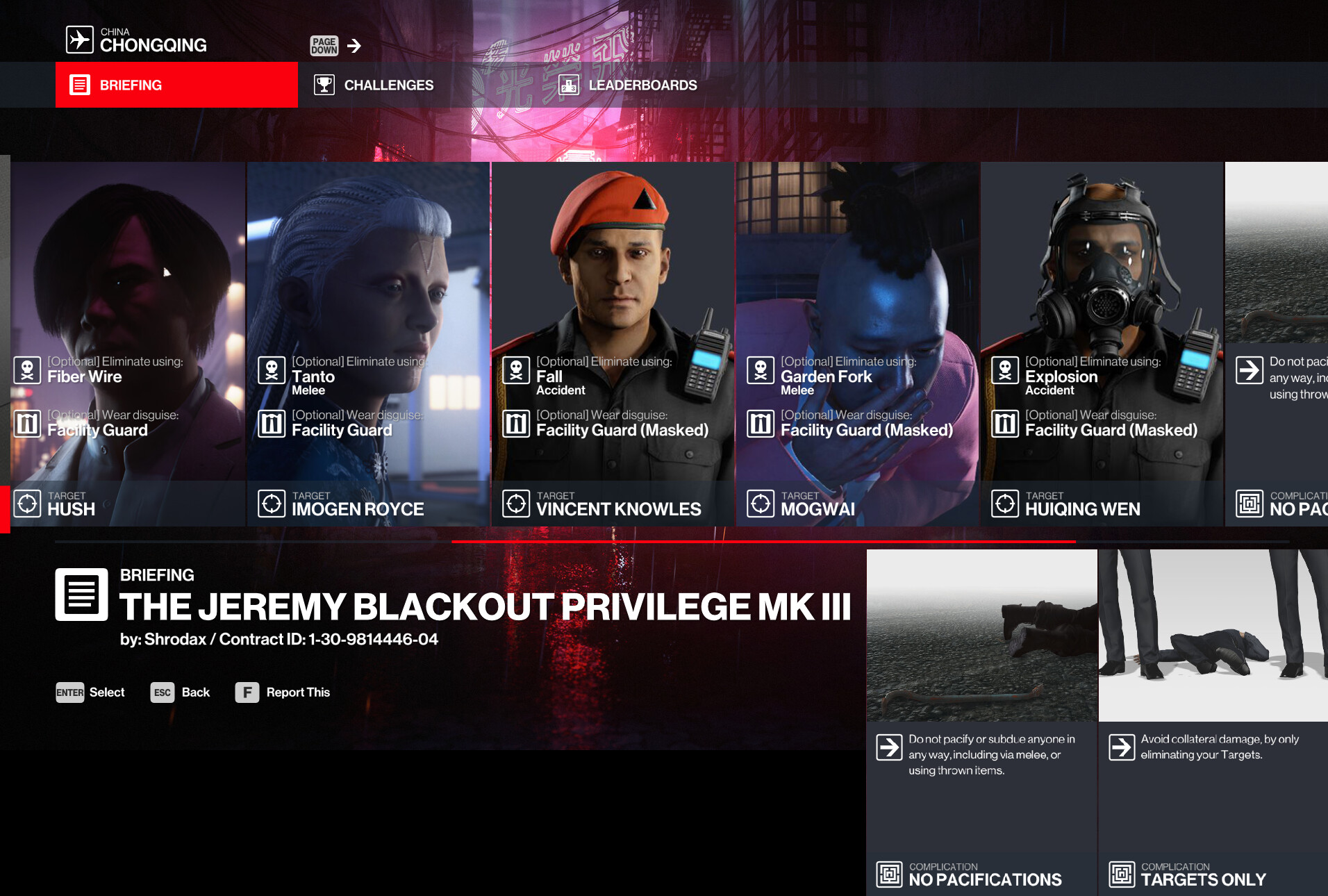 If you are done playing with baby toys and feel like you need something remotely challenging, try this one here.

But now if you’re REALLY ready to test your Hitman skills, here’s the ultimate Contract.

This one has the signature MK III look.

The contract I created recently. It may be called a fight with sniper’s pride on the line.
It may be slightly out of the theme because it is a “Pride” of Honor, not a bad sense “Pride”. 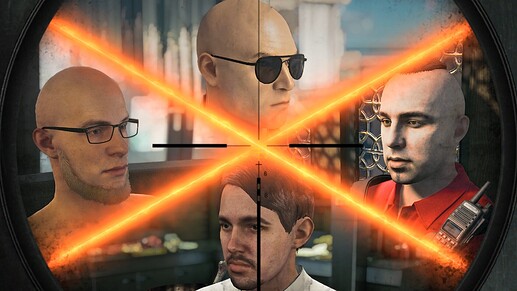 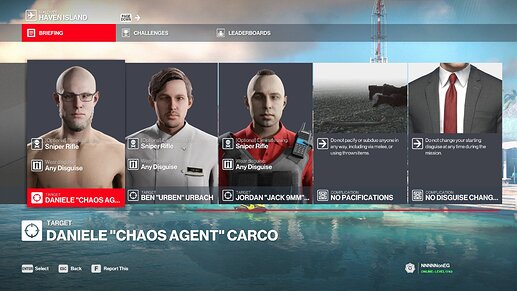 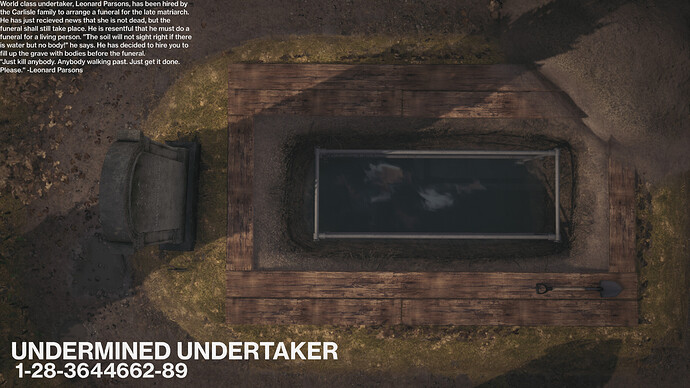