Unpopular Opinions About Other Games/Series

I don’t know enough about other video games/video game communities to know if some of my opinions are considered unpopular. But I’ll try at least;

Destiny is better than any Halo game. Both in terms of gameplay and lore.

I’ve seen here on the forum people were saying that GTA San Andreas is the best game in the series.
I don’t agree with that.
I like GTA4 and GTA5 equally good.
Would it count for unpopular opinion?

End spoilers for Life is Strange…

The Bay ending is a moral and right choice than the Bae ending. Chloe accepted her fate eventually that she was always going to die no matter how many times Max tried to save her. Plus thousands of people in Arcadia Bay didn’t need to die just for one person.

Destiny is better than any Halo game. Both in terms of gameplay and lore.

I have yet to play any Halo game, so I can’t agree or disagree, but I’m sure there are quite a few fans of the series around here who could

I’ve seen here on the forum people were saying that GTA San Andreas is the best game in the series.
I don’t agree with that.
I like GTA4 and GTA5 equally good.
Would it count for unpopular opinion?

Not necessarily. I think it depends on what you want from a GTA game and perhaps which one was your first or most played. I’d still probably label San Andreas or Vice City as “the best”, but I consider GTA IV (and I assume V as well, even though I still haven’t actually played it first hand) equally great, just in a different way. In fact, it’s precisely its difference from the other GTA games that makes it so great in my eyes (and for the same reason a lot of people would likely call it the worst and hence find your/our opinion unpopular

). Though I should probably add that I formed this opinion about GTA IV only on my second playthrough. Enjoyed the first one immensely, but didn’t hold the game in such a high regard…

which one was your first or most played

I’ve played GTA3 the most of the series I think.
I still want to play it, but I haven’t tried to launch it on modern PC though I have a “fix” downloaded.
Vice City perhaps second played. I won’t call San Andreas bad or something, I just can’t call it the best.
It might be though, if it had better graphics, like GTA4 or 5.
I still consider 3rd game the best graphics-wise, though it has not the best one. I just like how it looks.
Vice City and San Andreas look too cartoonish in comparison.
And I still miss something in latest 2 if we try to compare it with 3rd.

Well, I would call myself a hardcore fan of GTA games.
It was my only games that I played the most in my life before I met Agent 47.
And I still anticipate GTA6

I played the hell out of GTA 3 back in the day, but would more often go back to SA or VC, mainly because I found the stories and missions to be more fun, not to mention the better music, and I absolutely loved flying in those games, which is sadly something 3 was missing… Plus both VC and SA were generally more fun for me to hang around than LC.

I do admit there’s massive nostalgia at play here though, and I too haven’t played either one of those games on a modern PC yet, so I wonder if my perception will change much when I get around to it…

Looking forward to 6 as well, though with Rockstar’s tendency to focus on the Online component, I’m mildly afraid of what they’ll come up with…

Haven’t played the Arkham games yet either (but in fact finally installed and started Asylum yesterday), but isn’t Arkham Knight generally considered the worst of the main three (or at least very disappointing)?

We might have heard different things, I think. I’ve always seen Origins take the most flack, especially as it is the non-Rocksteady entry in the series, and often done down compared to the three Rocksteady games (Asylum, City and Knight), with Knight gettting an easier rider than Origins from the stuff I’ve read and heard. I don’t think Origins is as good as Asylum or especially City (which is clearly the best of the bunch, IMO), but I’ve seen it get more of a bashing than Knight in the past, and I think that Knight is least well done of the lot.

Oh I strictly meant among the Rocksteady trilogy. I haven’t really heard or read much about Origins (exactly because it seems to get overlooked or bashed I guess) to know how well it compares to the main three games. But based on what is usually said about Knight, I’m willing to believe Origins is possibly better. Will hopefully find out on my own this year

The problem with Origins is that it was released after City and not the other way around. Most if not all the gadgets are the exact same from City with a few tweaks not to mention less content in terms of main / side missions. The side content in Origins is mostly collectables and such. Heck, the Riddler is shown as nothing more than a .jpeg in the entire game which is extremely lazy. Also it has several issues at launch though not even remotely close to Knight.
I also like Origins, mainly for the main plot which I think is superior to that of City

Haven’t played Knight yet, still collecting dust in my library. I think people are pissed about it since they over use the batmobile. A Riddler challenge? Batmobile. Militia in tanks? Batmobile. Mission puzzles? Batmobile. A boss fight with Slade himself? Old fashioned fistfight. Nah, kidding, batmobile.

Yep, it’s the enforced Batmobile sections that completely ruin Knight for me. My order for the games would go: City > Asylum > Origins > Knight

Final Fantasy and JRPG are awful games and I never understood the appeal. That said it’s an very subjective opinion and clearly I’m missing something great, due to it being an extremely popular franchise.

Is this an unpopular opinion? I’ve always taken it as the “correct ending”.

Listening to Yahtzee Croshaw and Jack Packard both despair at length saying how miserable playing the games (especially the sequel) made them, I’m glad I’ve never dipped into the series myself.

Alright gonna lay down some opinions.

GTA Online is the worst thing to happen to Rockstar as it gets older with no end in sight.

GTA V is the weakest in the series in story and world detail.

Pokémon and everything after Generation V simply never happened and you can’t convince me otherwise despite having concrete proof.

Minecraft will never get a sequel.

Fallout 3 has the best celebrity voice cast in any game.

Dead Rising 2 is when the series got “bad”.

Konami will never make another Metroidvania Castlevania with Pixel Art.

Yakuza series is one of the best bang for your buck out of any game series.

Of course both endings can be considered a “correct ending” if you make it so. However I’ve always taken into understanding that a big portion of people preferred the Bae ending, iirc the in-game world stats shows more people choose the Bay ending, but it’s these comments like this that give me that impression. 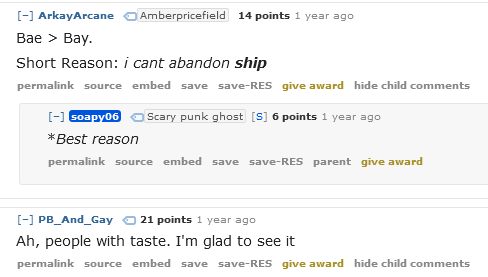 This post is also pretty good at explaining what I mean. (obvious spoilers)