The only good things to come out avatar are its vfx work and its deeply ironic soundtrack.

Like a Hendrix video, or a Grateful Dead concert.

The only good things to come out avatar are its vfx work and its deeply ironic soundtrack.

I’d be inclined to give you the vfx, though every time I have the misfortune to see the trailer for the sequel it’s all a bit uncanny valley. Tbh I don’t remember much of either; it was a deeply forgettable movie and I remain flabbergasted it captured the zeitgeist the way it did.

I’m just flabbergasted that it captured the money the way it did, to the point that goddamn Avengers: Endgame, the most epically built up climax film so far in the entire history of cinema, had to resort to implementing something like five technicalities at once in order to temporarily sorta kinda surpass it.

Say whatever you want about the quality of the corporate dispense machine that is the MCU, but few could deny every film released under that banner has been The Godfather by comparison to Avatar (although visually inferior in several cases).

Hey, I really enjoyed Avatar during it’s first release when it was called Dances with Wolves.

I just wanted you to know that if I had been in the middle of drinking something when I read that, it would have almost certainly been a spit take.

I don’t know how controversial this will be, but mac and cheese is gross. (Regardless of if it is homemade or made from the box)

I dislike macaroni in general so we can still be friends!

I’ll one-up your post by just agreeing with this part of it.

I’ll agree with you. I also hate cheese in general. I don’t know how some people are crazy about it. 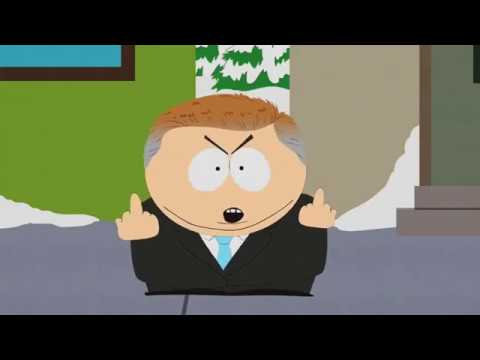 Bullpups are superior to traditional rifles and 1998 Anna K is better then 1999 Anna K (that ones a terrible joke so ignore it).

People make a big deal out of the fact that Leia kissed Luke in Empire but it wasn’t a very romantic kiss at all. It was more of a forced stick-it to Han than anything. Plus, they didn’t know they were brother/sister at the time so it wasn’t really that big a deal.

but im not that kind of guy.

Plus, they didn’t know they were brother/sister at the time so it wasn’t really that big a deal.

Neither did George Lucas before he began writing Return of the Jedi.

True, but that’s sort of my point too. I have heard people say that the kiss itself was this egregious thing that was unforgivable but I don’t see that. Luke and Leia never did anything (in canon at least, can’t speak to the non-canon novels and other material) beyond that one kiss, which wasn’t an act of romance or lust or even attraction. Whether Lucas decided after the fact or before is immaterial really. It wasn’t the dirty thing that everyone makes it out to be.

Agree a hundred percent, @schatenjager. And don’t get me started on the people who question why Obi-Wan didn’t remember R2.

He did, he just didn’t know at the moment that this was that same R2 unit he once knew.

He 100% remembered R2 and you don’t even have to bend the movie to get that. The only thing he said was that he “didn’t remember ever owning a droid”. He never owned R2. Not even a lie.

Ok, so you get it. Not difficult, is it? Yet, some people…