You might know that you can set your living location and make it public in your profile; You even might’ve already set it.

The new forum has had 3798 users until now, and I checked the profile of about ~2100-2200 of them to see if they’d set they’re location or not; Not so much of them had that. Then I used the “where do you come from?” thread and some other hints users pointed out whilst chatting in here.

Using that data and visualizing it in mapchart.net, led to this: 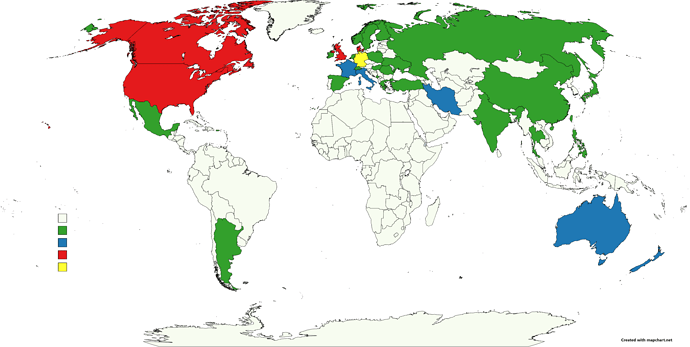 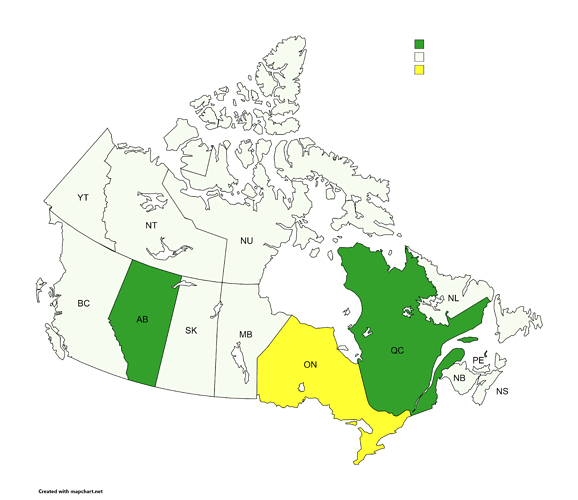 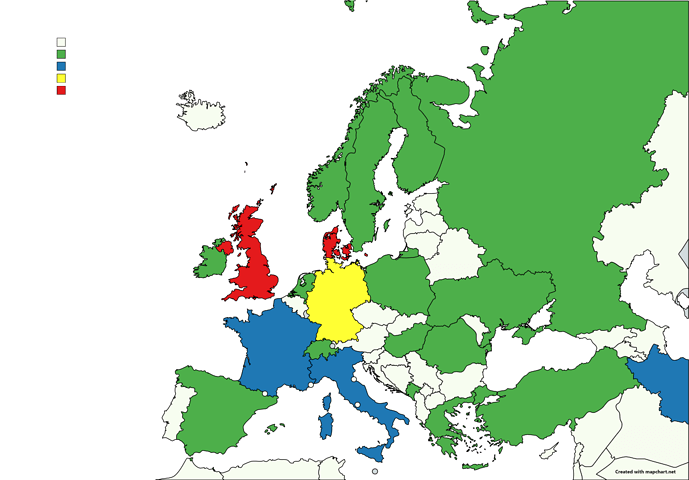 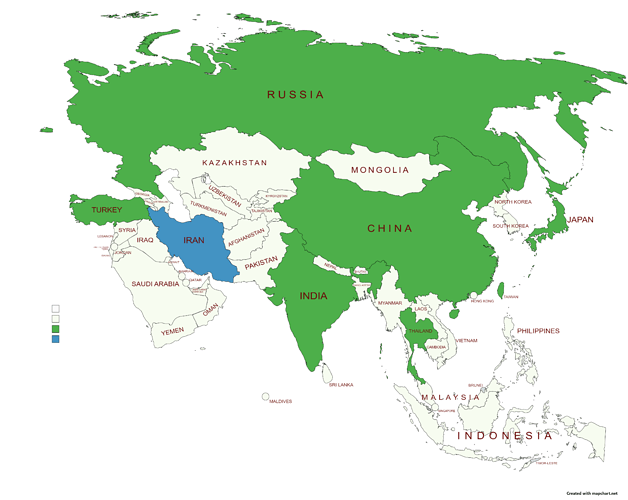 That’s three more than what I imagined it would. xD

I wonder who the forth member is. I can recall Sniff, Wincenworks and me, I’m drawing blank on the forth one.

Edit: Ahhhh it was Thrison. How could I be so stubborn?

I like stuff like that. Its interesting. But the sample size is to small with only a little over a hundred known locations from 4000 members.

I am the sole representative of my country, Montenegro, on this forum.

Would like to know if there are other ex-Yugoslavs here.

We had a guy from Tbilisi, Georgia

before the forum reboot. He has not re-registered though.

Also, if I may offer a suggestion… maybe since you count every other country on Earth as just one place, Canada should be treated the same? I’m not worried about offending anyone, but the map looks odd with a bunch of sovereign nations separated by lines and then Canada all divided up

Casually gathering data on all of us. Soon they will have our social security numbers or something equivalent.

All I took away from this is something American Pigs.

The ‘up arrow’ is (supposed to be) pointing to my username. Not pointing at you.

Ahhhh it was Thrison. How could I be so stubborn?

So it should be 5 now. I didn’t know he is also from there.

Soon they will have our social security numbers or something equivalent.

Whelp, if you say that out loud in your profile

@Schnitzel I’ll do more later today, adding @Tetrafish_21 and @eydontactdumb, making a bigger one, and also the “where so you live” thread is still alive. And about 1.5 thousand users I haven’t looked, the list discourse generates is sorted by the count of likes; Down there I reached users with 0 likes and <1 minute read time, I will look through them but I don’t think they’ll give any important info.

@Yacob I can still change it but wanted it to be more precise. Even US was going to be separated state by state but 7 users didn’t mention the state, so that would’ve been… impossible. Later today, when I’m changing it, I’ll either unite Canada or separate countries to cities

That’s possible, for example all of Danish users were living in Copenhagen.

So it should be 5 now. I didn’t know he is also from there.

Oh damn now the search continues. Seriously stumping me clueless as to the apparent unknown person.

This is how I see @Hichkas after reading this topic 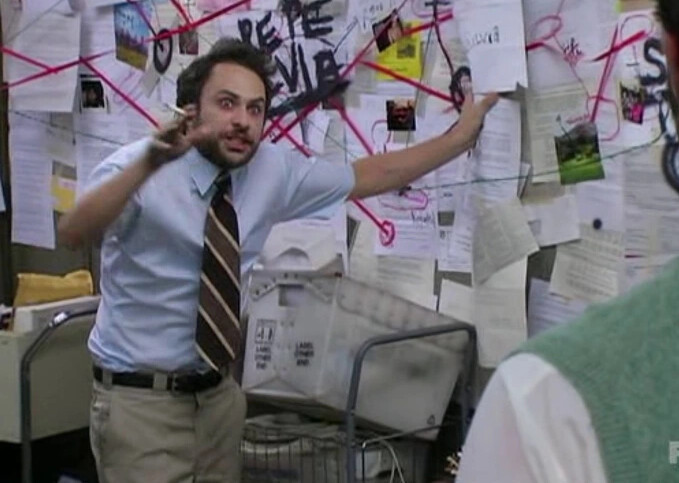 I think we are more than 3 from Italy. Me, @badeaguard and someone else, but I don’t remember so well

You can even say that this is a

Hichkas is back with more maps…

I’m the someone else
Mi cercavi?

Opa now it’s back down to 4 again. And I was about to guess @system as Wincen owns the server in NZ.

Where do you live? Where are you from? Off-Topic

Hey guys! I thought it would be fun to know where you live and where you come from? Maybe we will discover that some of us are almost neighbours

and I thought that might be fun . For me, I live in cologne, Germany. It’s not where I grew up. I went there for my studies, but it looks like that I will stay here for a while. My hometown is not that far away, so I can see my family quite regularly.

Holland is not correct. There are atleast four members (me, @Khakiasp, @Daan and @Frote7) from The Netherlands on this forum. That is if I didn’t miss any.